Canadian journalist Dorothy Parvaz feared she would be beaten and tortured while in detention in Syria, she tells CBC News in an exclusive interview. 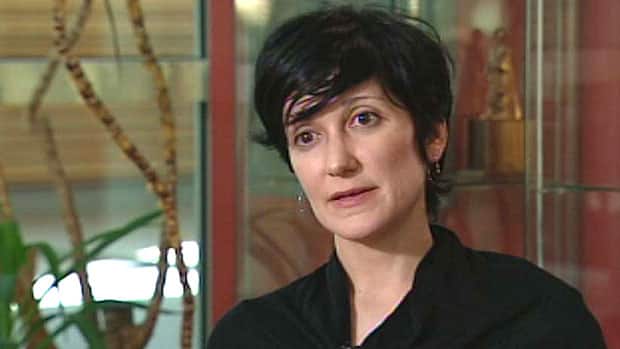 10 years ago
13:22
The B.C. journalist speaks to the CBC's Gloria Macarenko about why she went to Syria, and her experience being detained in Syria and Iran 13:22

Canadian journalist Dorothy Parvaz feared she would be beaten and tortured while in detention in Syria, she tells CBC News in an exclusive interview.

Parvaz, 39, was taken into custody almost immediately after flying into Damascus  April 29. The Al Jazeera journalist had intended to cover the pro-democracy unrest that had gripped Syria for several weeks.

Speaking to CBC reporter Gloria Macarenko in Vancouver on Friday, Parvaz said she was taken to a detention centre that she called a kind of "mini-Guantanamo," where her interrogators accused her of being a U.S. spy for Israel.

The following day, she was taken from a blood-smeared cell.

"I was handcuffed, blindfolded, taken outside out the courtyard [and] told to lean up against the wall," Parvaz said.

She said she could hear two sets of beatings occurring on either side of her, out of sight about 10 metres away.

"The cries of these young men were just hoarse with agony," she said.

"I could hear guards kind of laughing off to the side, just joking like it's another day at the office for them," said Parvaz. "And at that point, I thought, 'This might not end well.'"

Parvaz said she was "jostled around a bit," but was not beaten.

She was kept in three different cells over the three days she was in Syrian detention. She shared two of those cells with another detainee, a different woman in each case.

Both of the women were young and had been in detention for several days after being swept up off the street by security forces and didn't know why they were there, Parvaz said. They were not allowed to contact their families.

On the third day, Parvaz was deported to Iran, where she said she was kept under much different conditions than in Syria.

She said she was kept in solitary confinement in a detention centre but at no time was mistreated or felt threatened.

"The Iranian authorities in quick order determined that I was a journalist," said Parvaz. "They were actually quite respectful. I was not concerned at all."

She said it took weeks, but eventually a discrepancy in dates on her Iranian passport was cleared up. Parvaz holds citizenships in Canada, Iran and the U.S.

She was allowed toleave Iran and on Tuesday returned to Al Jazeera headquarters in Qatar.  On Thursday, Parvaz arrived at Vancouver International Airport.

She said she planned to take "a couple of weeks off and then go back to Al Jazeera, back to work."

She was born in Iran and moved to Vancouver as a teenager, later graduating from the University of British Columbia. She also has a master's degree from Arizona University and held journalism fellowships at both Harvard and Cambridge universities. She previously worked as a columnist and feature writer for the Seattle Post-Intelligencer.