Four people have reported assaults during the protests, according to Victoria Police

Horgan addressed media from Victoria Wednesday, following what he called a 24-hour period of reflection after hundreds of demonstrators stood in the way of arriving members of the legislative assembly. Some reported being pushed and spat upon, as they made their way to work.

"They did not sign on to be ridiculed, and pushed and jostled by people when they were just coming to do their job. So that was troubling me throughout the day, and I think any human being, all of you felt the same way," Horgan said during a news conference Wednesday.

Horgan cancelled the news conference planned for Tuesday afternoon because of the demonstrations. On Wednesday he said he made that decision because "emotions were simply too high."

Three people received non-life-threatening injuries, according to police, while a fourth person was not injured but reported damage to equipment being carried at the time.

In a statement Wednesday, police said their investigations are ongoing.

Dozens of people supporting hereditary leaders of the Wet'suwet'en Nation blocked all entrances and exits to the legislature in Victoria, disrupting the start of the spring session.

"It's unacceptable to me. It's unacceptable [to] the vast majority of British Columbians," Horgan said Wednesday. "Peaceful demonstration is fundamental to our success as a democracy. But to have a group of people say to others you are illegitimate; you are not allowed in here." 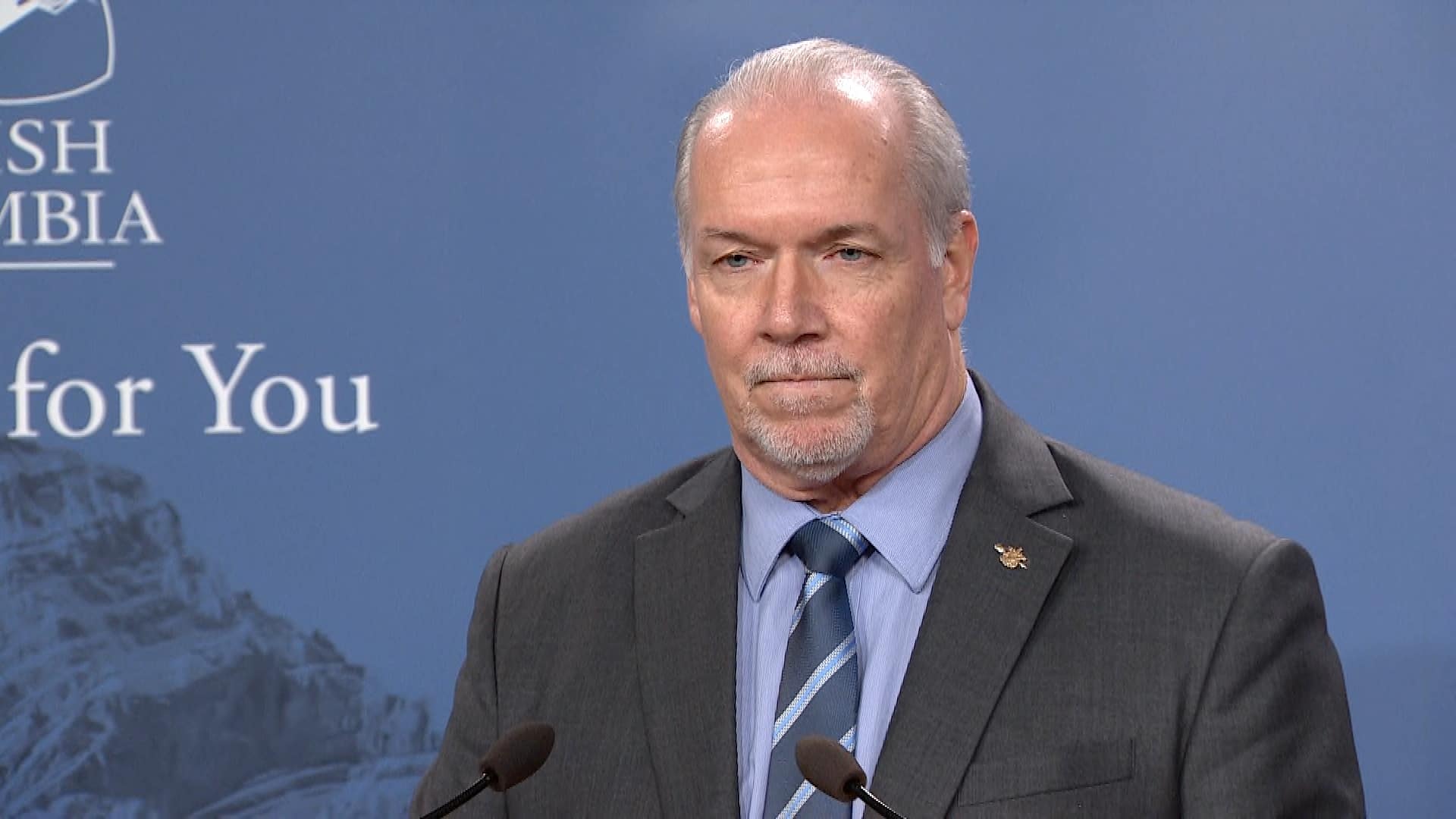 B.C. Premier John Horgan: "Yesterday was not like other days."

11 months agoVideo
0:58
Horgan said British Columbians have the right to protest peacefully but says the demonstration outside the legislature barring people from entering their workplace was unacceptable. 0:58

Over the weekend, protesters blocked three port entrances in Vancouver and one in Delta, B.C., in solidarity with Wet'suwet'en hereditary leaders who are fighting the construction of Coastal GasLink's natural gas pipeline through their traditional territory in northern B.C.

"I don't believe for a minute, knowing Indigenous peoples broadly speaking as I do, that what they viewed yesterday in their name was how they want to go forward. I'm convinced of that," Horgan said.