60 goats destroyed a 6-by-6 metre patch of Japanese knotweed in under an hour. 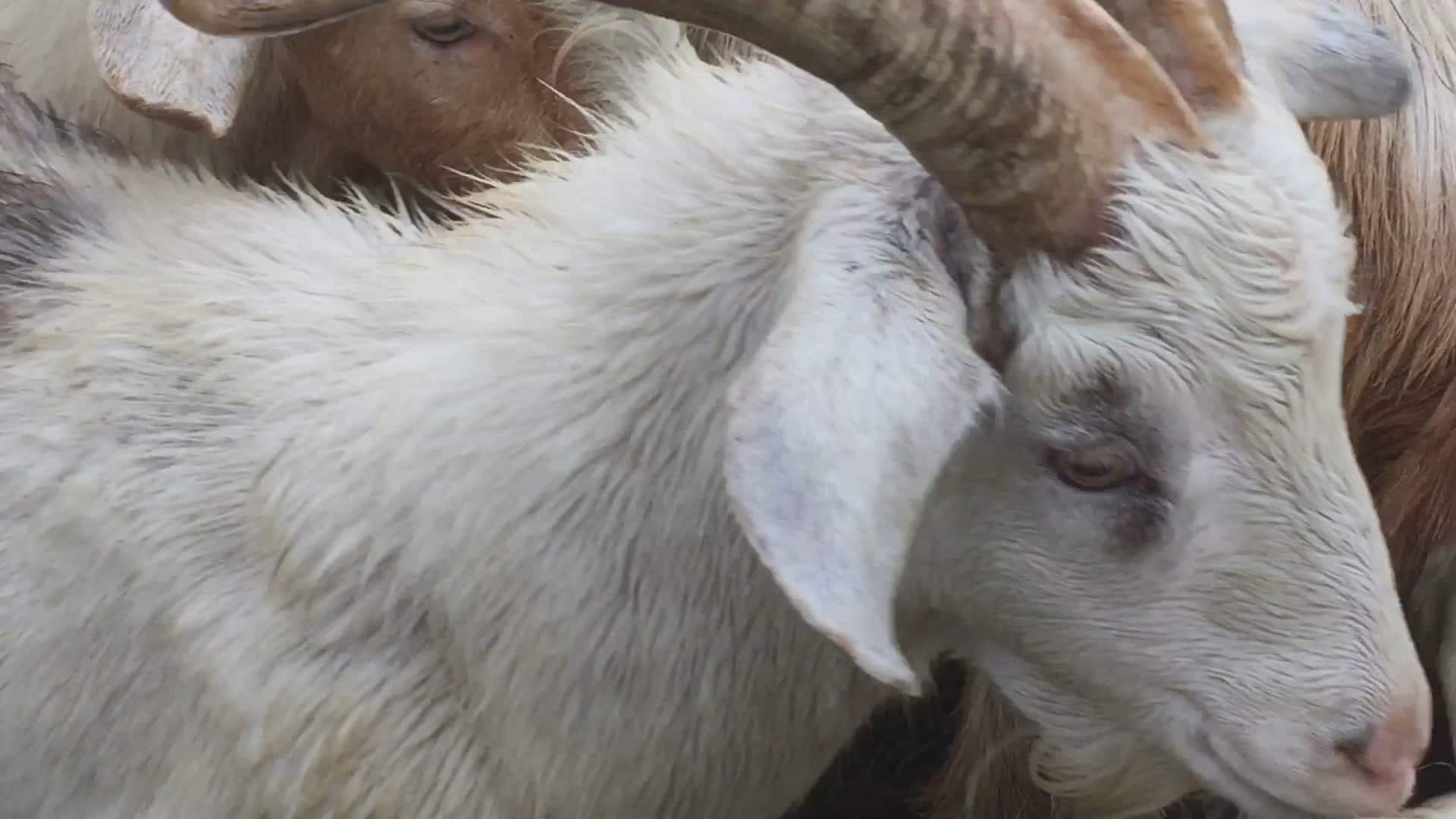 What do you get when you take 60 goats and a six-by-six-metre patch of Japanese knotweed?

The University of the Fraser  Valley (UFV) found that out when they set dozens of goats on a patch of the stubborn invasive weeds, much taller than the animals. The goats mowed down the two-metre greenery in 45 minutes.

"The goats then started in on the dandelions and other weeds in the test area," said Dave Pinton of UFV.

But that was just the appetizer as the Japanese knotweed was the main course.

"The plant is a prevalent invasive plant species that chokes out other native plants across B.C," said Pinton. "These invasive species disrupt the native ecosystem — including insects and birds and other animals — so it's important to try and get rid of them."

Goats are more eco-friendly than herbicides, and do not seem bothered by the plants' rope-like strength as Japanese knotweed can grow through concrete.

"They also may be able to get to plants in areas that would be dangerous for people to access," said Pinton. "Goats eat the leaves and this kills the plant for a year," added Pinton.

But experts warn that goats are not a weed panacea. There are challenges to using targeted grazing as goats will eat anything, so they must be controlled so they don't eat or trample other valuable plants.

Jeanne Hughes of the Fraser Valley Invasive Plant Council said in an email that the goats could help manage the weed, but "it would require many visits with goats, and many years, to achieve eradication."