Some kids on spring break were rewarded with an orca sighting less than 30 metres from the shore, thanks to a quick-thinking whale enthusiast. 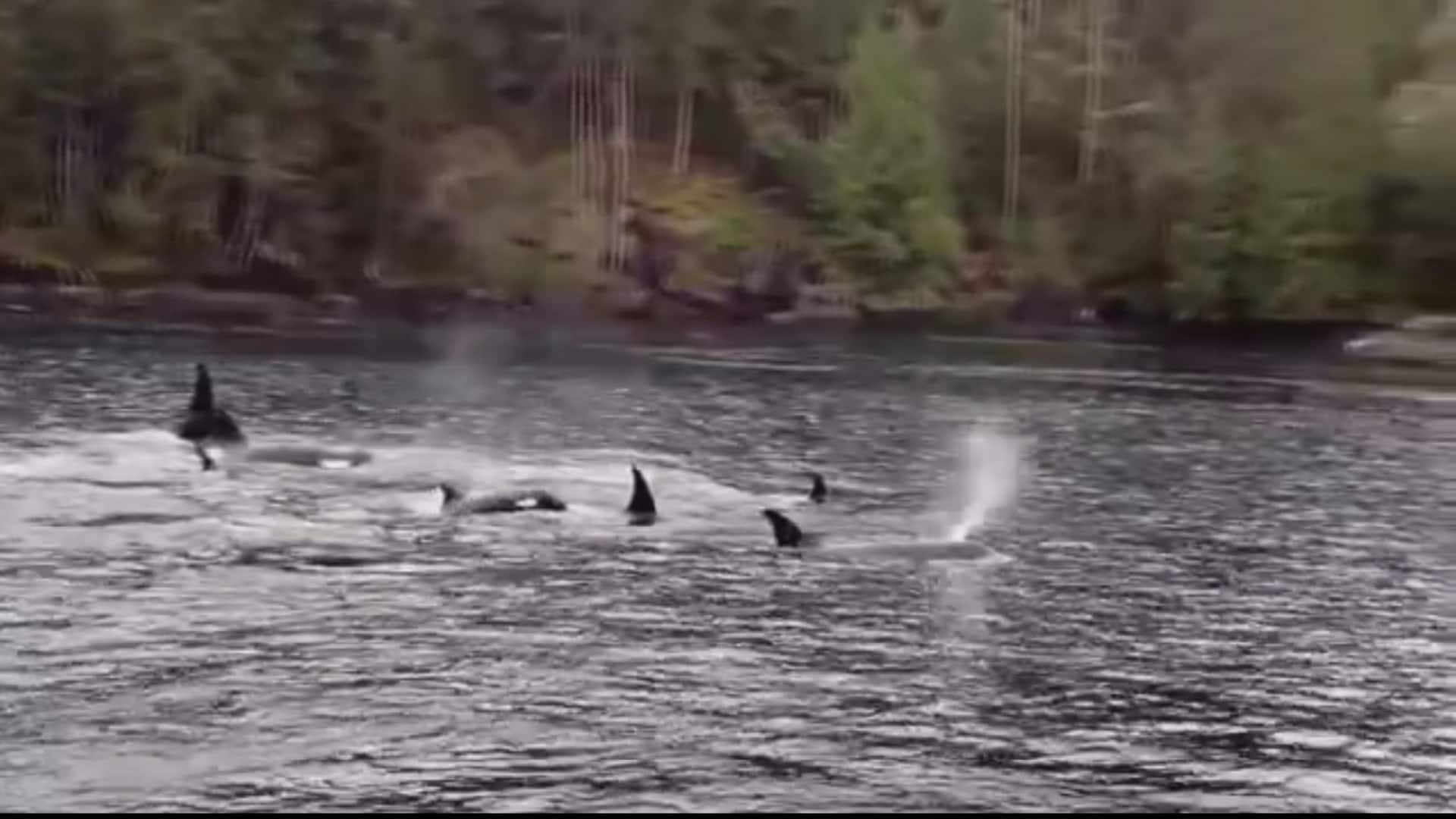 5 years agoVideo
1:46
Chad Giesbrecht and his friends were less than 100 feet away from about a dozen killer whales traveling north by Dodd Narrows. 1:46

A group of parents and their kids were rewarded with a rare, up-close sighting of around a dozen killer whales near Nanaimo, B.C. thanks to a quick-thinking whale enthusiast.

Within an hour, he rounded up nearly 30 of his friends and their young children to meet at the northern tip of Mudge Island at Dodd Narrows in hopes the orcas would come through the narrow tidal channel.

After standing more than an hour on the shore, the restless group was treated to an incredible encounter with a dozen killer whales they believe were from J-pod, part of the southern resident population.

"That was worth the wait!" a nine-year-old boy can be heard gushing in the video.

Giesbrecht, a whale enthusiast who often sees orcas on his own, was delighted he could share the moment with the families who were on spring break.

"Oh all the kids were really excited. I actually had to ask them to keep it down a bit because they were squealing," he laughed.

Fisheries and Oceans Canada researcher Dr. John Ford said they had also tracked half of J-pod near Dodd Narrows on Monday.

"Of all the resident groups, that's the pod that tends to use Dodd Narrows.... It's certainly been a few months since we've heard about them coming through," he said.

The researcher believes the whales were heading towards Comox, B.C. to forage for Chinook salmon.

"They might eat other fish if they come upon good availability but their movements are pretty much tied to Chinook salmon."