The case of a man who spent almost 27 years in prison after he was wrongfully convicted for a series of sexual assaults is in court again — and this time, his lawyers are seeking damages for him.

B.C. man imprisoned from 1983 to 2009 for a series of sexual assaults in Vancouver 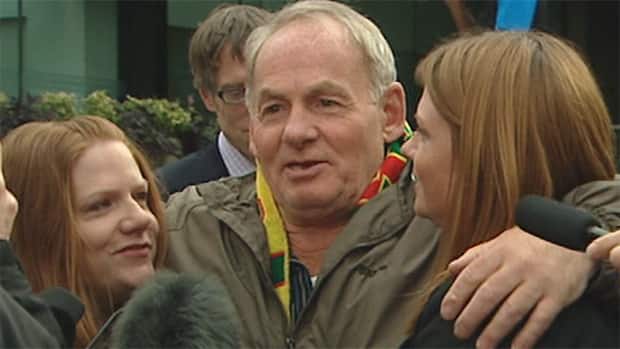 6 years ago
2:18
A man whose conviction was overturned after he spent almost 27 years in prison is seeking compensation 2:18

The case of a man who spent almost 27 years in prison after he was wrongfully convicted for a series of sexual assaults is in court again — and this time, his lawyers are seeking damages for him.

Lawyers for Ivan Henry, now 67, argued Thursday in the Supreme Court of Canada in Ottawa that his charter rights were violated more than 30 years ago when prosecutors failed to disclose information relevant to his case, and that proof of maliciousness is not required.

Henry was found guilty of a series of sexual assaults in the early 1980s. He was picked out of a bogus police lineup that featured police officers and Henry being held in a choke hold.

Henry has always maintained his innocence, and little attention was given to more than two dozen similar sexual assaults that took place after he was imprisoned.

The B.C. Civil Liberties Association (BCCLA), an intervener in the case, says Henry is seeking damages from the provincial government for its failure to disclose relevant information that was known at the time.

"During his trial, the prosecution failed to disclose a number of key facts, including the discovery of DNA evidence, the existence of an alternative suspect, and the occurrence of similar sexual assaults after Mr. Henry’s arrest," the BCCLA said in a written statement.

In 2002, the Vancouver Police Department reopened the investigation into those later assaults, identifying a suspect through DNA evidence.

The suspect subsequently pleaded guilty to three sexual assaults committed after Henry had been incarcerated. In 2010, Henry's convictions were overturned.

Soon after, Henry's bid for damages began, but it has been denied in B.C. courts.

"At this stage in the proceedings, the Crown has argued that his claim should not proceed as Mr. Henry is unable to show that the implicated Crown prosecutors acted maliciously," the BCCLA said. "The British Columbia Court of Appeal agreed, and Mr. Henry has been granted leave to appeal that decision to the Supreme Court of Canada."

With files from the CBC's Terry Donnelly