Officials at UBC have promised to take action following an investigation into the so-called 'Pocahontas chant' sung by business students during a September frosh week event this morning. 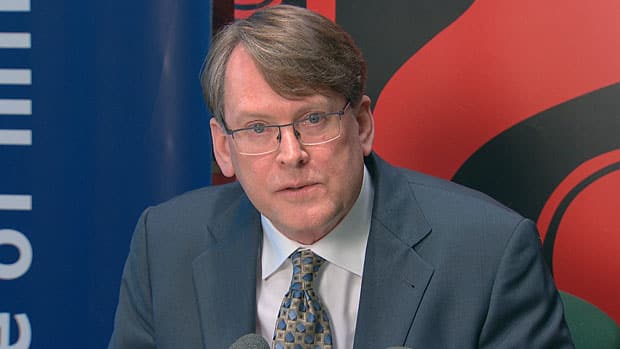 7 years ago
2:59
Robert Helsley says indigenous issues will be part of curriculum 2:59

Officials at UBC have promised to take action following an investigation into the so-called 'Pocahontas chant' sung by business students during a September frosh week event this morning.

The dean of UBC's Sauder School of Business, Robert Helsley, said that in response to the investigation and its findings, indigenous topics will become part of the school's core curriculum, students will participate in workshops involving the First Nations Studies Program, and first-year orientation will be redesigned to include education in aboriginal issues.

Reports of the chant surfaced on social media at the same time that the CUS was under scrutiny for frosh chants that many say promoted sexually assaulting underage students.

Both incidents sparked 'fact-finding' missions by UBC, and the results of the effort looking into the 'Pocahontas chant' were detailed in a report also released this morning.

"The report we are releasing today shows us there is very little awareness of indigenous peoples and their concerns among the students we interviewed,” said vice president of students Louise Cowin in a press release.

The report found the students "intended no harm" with the chant, but "it is clear these students did not take into consideration the derogatory aboriginal stereotypes or the greater historical context of their group name or chant," said the report.

"The students did not understand or recognize that their actions would be insulting, demeaning and hurtful toward the aboriginal community."

The students involved in the chant have already held workshops with representatives from the First Nations program at UBC, said Helsley.