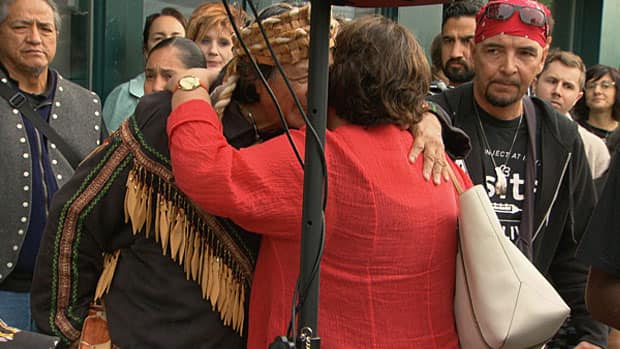 7 years ago
3:43
No one has ever died at Vancouver's supervised injection site 3:43

According to Vancouver Coastal Health, Insite has seen more than two million visitors since 2003 and not a single death.

“I want to see it continue to stay alive, and also to be a model for other communities to be a feeder for drug users into mainstream services.”

Insite has faced a number of legal challenges, including a recent federal government attempt to stop the clinic from operating under an exemption from drug laws.

"The B.C. Supreme Court, B.C. Court of Appeal, and finally the Canadian Supreme Court all determined that the right of a drug user to receive primary care at Insite must be protected," said plaintiff Dean Wilson.

"That, combined with overwhelming public support, countless demonstrations, public forums, media events and vigils in Vancouver, Ottawa, and across the country, has kept Insite open.

“We won the first day Insite opened ... Now, after 10 years of saving lives, we have to look to the future and across the country and think about all of the Canadians who suffer from the consequences of addiction."