A new building planned for the University of B.C. features one-storey slides that students will be able to use instead of stairs. 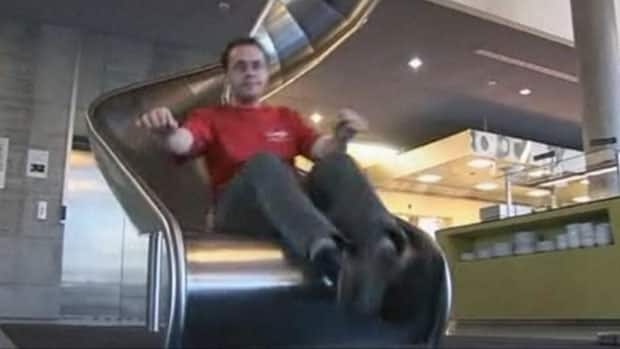 9 years agoVideo
1:52
One-storey slides are planned for a new student union building at the University of B.C. 1:52

The University of B.C.’s proposed new Student Union building will offer students an opportunity to mix study with fun on two playground-type slides that have been included in the design.

It’s not the first time slides will be used in a building where occupants can go down the quick way, rather than using stairs. They’re included in the corporate offices of Google and also at a university in Germany.

But as the CBC’s Tim Weekes reports, it’ll be cheaper than a five-storey version in the new building’s original design.