A Vancouver Island festival that celebrates Indigenous music, arts and culture is set to return virtually this August after 2020’s events were cancelled due to the pandemic.

Indigifest returns after 2020's festival was cancelled due to the pandemic

A Vancouver Island festival that celebrates Indigenous music, arts and culture is set to return virtually this August after 2020's events were cancelled due to the pandemic.

Sarah Pocklington, the co-producer of Indigifest, says this year's festival will feature 18 artists from all over B.C. but it will look a little different because of the pandemic. She says instead of an in-person event it is moving to a completely online format.

She says organizers have developed a virtual music training program that has provided the artists with equipment to record their performances from their own homes.

"There's some really beautiful things about people being able to share virtually because they're actually sharing from where they're from, from their homes," Pocklington told CBC's All Points West.

Hasaatuk, a singer styled in a blend of acoustic, blues and alternative genres will be one of the many Indigenous artists joining the festival.

She says her heritage, which stems from the Nuučaan̓uł territory on western Vancouver Island, Woodland Cree near Fort McMurray and Finnish ancestry, has provided her the with the ability to shed light on important topics through music.

"I find music is one of those languages that transcends everyone, everyone can kind of understand it. I use it to share my message about different injustices or climate change or all of the things that are happening within my community." 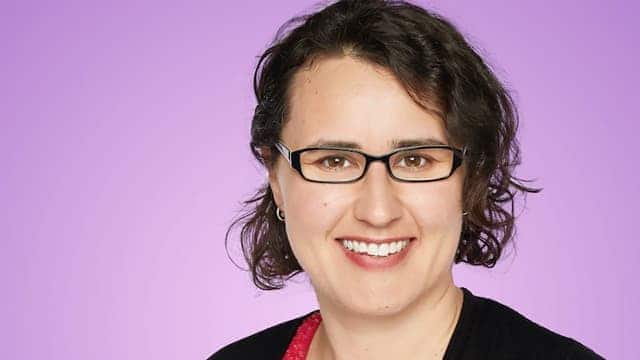 All Points West13:13Indigifest launches online music festival to support Indigenous music and culture in B.C.
This year's INDIGIFEST has launched and will feature performances online on Thursday evenings in August. Nuu Chah Nulth Singer/Songwriter Hasaatuk is one of the performers. She joined Robyn Burns, along with Sarah Pocklington, the executive producer of INDIGIFEST and the Arts Program Manager for the First Peoples Cultural Council. 13:13

Hasaatuk says it's a very special feeling to be able to record from her home.

"You get to kind of show the audience where you come from and what inspires you, because that's a big part of why I make music, is my territory," she said.

Quinn Pickering is an Indie singer joining the festival from New Westminster. He says his love of performing sprouted from his musical Métis-descended family.

On CBC's On The Coast, Pickering told host Gloria Macarenko he would have loved to have met his fellow Indigenous musicians in person, but he says it'll still be a very unique experience doing it virtually.

He says he recorded his set in his mother's backyard and he's looking forward to witnessing the other artists play from all across the province.

"We get to welcome you into our home, our territory, wherever we call our place," Pickering said.

Pocklington says each musical set at Indigifest will be interspersed with cultural teachings and storytelling. On The Coast8:18Looking forward to 2021’s online Indigifest
Musician Quinn Pickering and Indigifest executive producer Sarah Pocklington offer a preview of the celebration of Indigenous culture in B.C., which is online this year because of the COVID-19 pandemic. 8:18

With files from All Points West and On The Coast