Canada's minister of transport says British Columbians should have confidence that increased tanker traffic will be safe, and if there is an accident, the resources are there to deal with it.

Marc Garneau promising spill response resources will be there 'whatever happens' 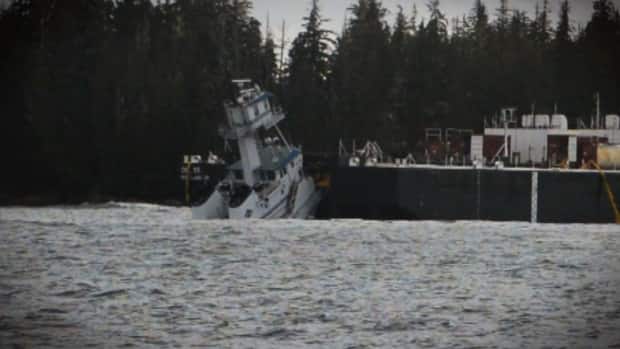 Can we contain marine oil spills?

Canada's minister of transport says British Columbians should have confidence that increased tanker traffic will be safe, and if there is an accident, the resources will be there to deal with it.

"What we need to do is reassure Canadians that whatever the tankers are carrying and however many there are, that they can be sure we have a proper response capability, whatever happens," Marc Garneau said during a recent interview.

On Nov. 29, the Trudeau government approved Kinder Morgan's expansion of its Trans Mountain pipeline, a move that will bring almost three hundred extra oil tankers to the Port of Vancouver every year.

"We are a trading nation, we need to trade with other countries, and most of what we export goes out by ship," said Garneau.

The expansion will triple the capacity of the pipeline, allowing the company to move 870,000 barrels of Alberta oil every day.

The plan also calls for three new berths at the marine terminal to handle the increase in oil tankers, as well as an extra $200 million for the industry-funded corporation responsible for handling oil spill cleanup.

The Western Canada Marine Response Corporation (WCMRC) says it plans to set up new spill response bases on the south arm of the Fraser River, as well as Nanaimo, the Saanich Peninsula and Beecher Bay on the Strait of Juan De Fuca.

Port Alberni and Ucluelet will also get extra cleanup resources.

Garneau says the government will be improving the minimum response times for spill responders on B.C.'s South Coast, which will mean any spills that do happen will be attended to faster.

"I can't give you metrics in terms of, we have to get 85% of it, but what I can say is that we need to have a certain amount of equipment and get there in a set amount of time," said Garneau.

Existing time frames stipulate spill responders must attend to accidents within the boundaries of the Port of Metro Vancouver within six hours, and within 72 hours elsewhere on the coast.

The updated response times have not been released.

Earlier in November, the Trudeau government unveiled a new coastal protection strategy, which will see First Nations play a larger role as first responders, and provides new money for tugboats and to train members of the Coast Guard Auxiliary.

The changes were welcomed by B.C.'s Coastal First Nations, including members of the Heiltsuk Nation, which recently wrapped up its own response to the sinking of an American tugboat near the community.

The event resulted in 100,000 litres of diesel fuel escaping into a sensitive ocean environment.

Jess Housty, the Heiltsuk counsellor who led the response, tweeted her skepticism over the Kinder Morgan approval and the extra tankers it will bring to the B.C. coast.

"After a brutal six weeks reacting to relatively small Nathan E.Stewart incident, sickened by the magnified risk now posed to the coast," she wrote.

Meanwhile, First Nations on the South Coast, including the Tsleil-Waututh Nation whose traditional territory is located directly across Burrard Inlet from Kinder Morgan's marine terminal, are continuing to fundraise for a court challenge.