An estimated 400 people gathered under sodden skies at the Vancouver Art Gallery Sunday as part of the Idle No More movement, protesting against new laws enacted by the federal government. 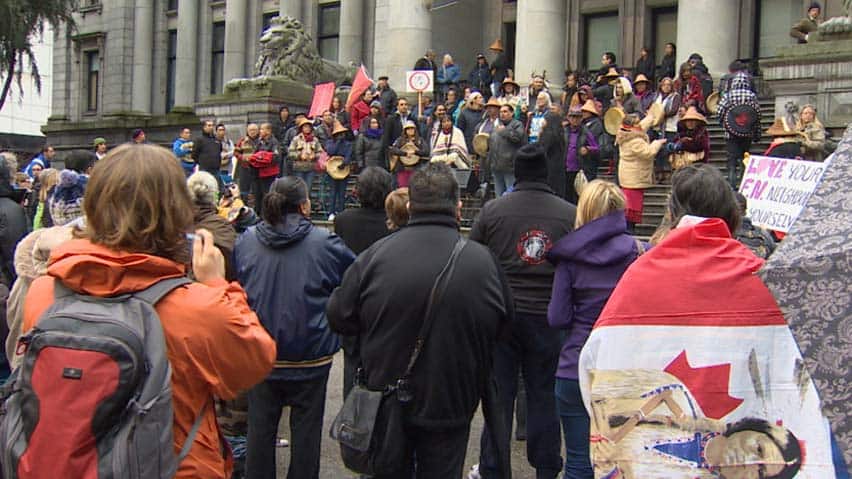 An estimated 400 people gathered Sunday at the Vancouver Art Galley as part of the Idle No More movement, a campaign behind a series of grassroots First Nations protests over the past week against bills passed by the federal government.

Demonstrators have especially been vocal about the recently passed C-45, the omnibus budget bill, which includes changes to the Indian Act regarding how reserve lands are managed.

The bill also removes thousands of lakes and streams from the list of federally protected bodies of water.

Organizers say the movement is trying to make a make a point to all Canadians.

"It's not as much a rally as a time of education and what we're aiming to do is wake up our nation of Canada," said Rueben George, of the Tslail Waututh First Nation.

The movement’s aboriginal leaders are promising the protests won't go away anytime soon.

"I predict this groundswell will continue over the winter and into the summer," Chief Stewart Phillip said. "You haven't seen anything yet."

With files from the CBC's Matthew Black