A strange, swirling circle of ice that appeared at a bend in the South Thompson River has attracted plenty of attention in the Kamloops area. It was not caused by "alien stuff".

A strange, swirling circle of ice that appeared at a bend in the South Thompson River has attracted plenty of attention in the Kamloops, B.C., area.

"The one you're seeing right now in Kamloops is really cool but it's not unique," Voyer told Daybreak Kamloops host Shelley Joyce. "It has been observed last year in Gaspé, and two years ago there [was] one observed in Maine, which was twice as big as this one, almost 100 metres in diameter."

"These ice discs have mesmerized people for years and there have been a lot of claims, especially about alien stuff," he said. They've also been compared to crop circles.

"But scientists have been studying the phenomena for years and you know what? They came up with a very simple explanation."

Water is one of the few chemicals with a lower density in its crystallized form, he said. Meanwhile warm water is less dense than cold water, so it rises to the surface. 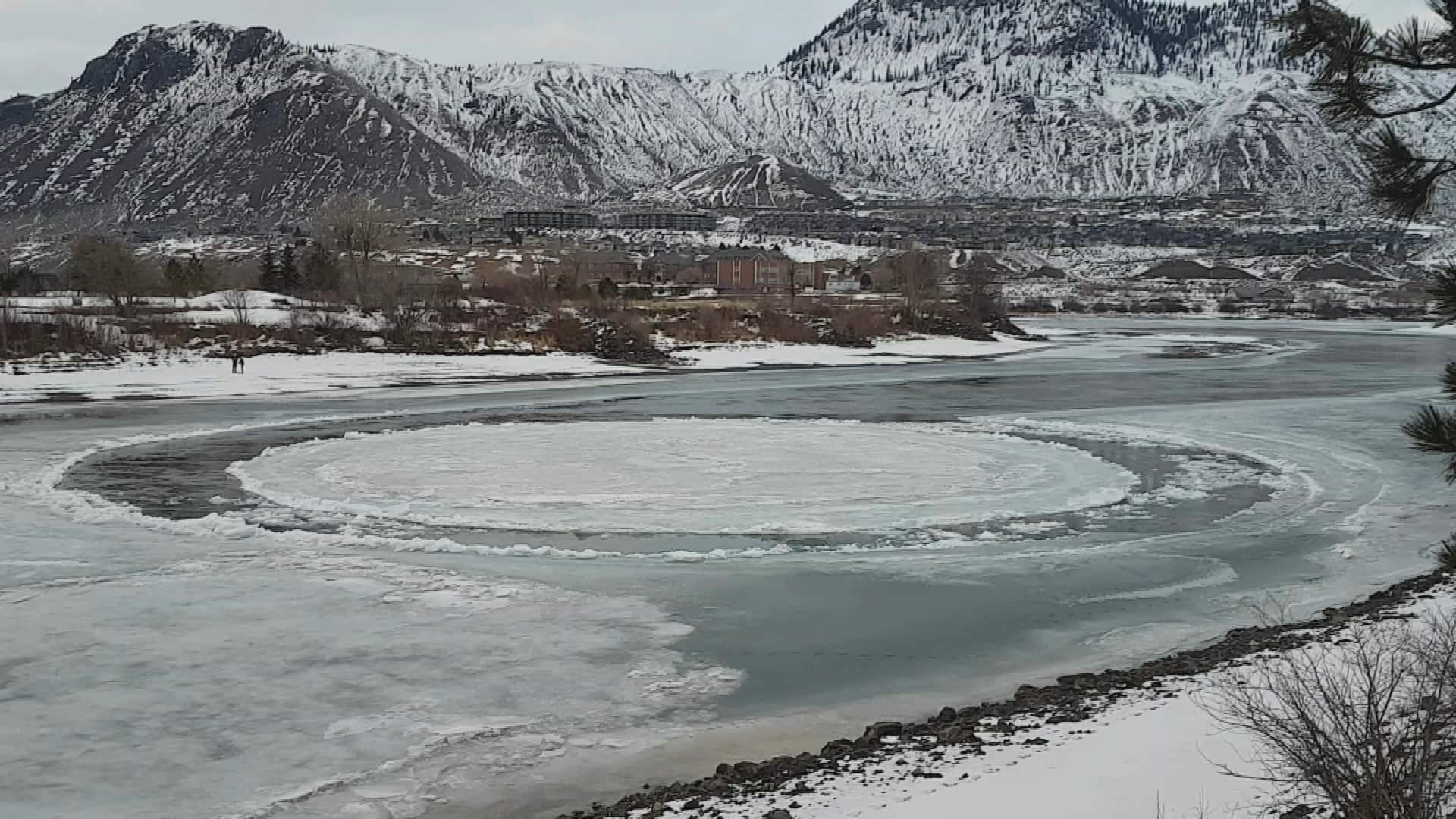 1 year agoVideo
0:23
A strange, swirling 40-metre wide circle of ice that appeared at a bend in the South Thompson River in mid January has attracted the attention of area residents, and explanation from a Laval University chemistry professor 0:23

Nature's recipe for a rotating ice disc is "a little open water, a little water current and an ice patch," Voyer said.

The result is a very rough ice disc, which then grinds itself into a perfect circle as it rotates, he said.

Ice discs rarely form, because conditions must be perfect: warming temperatures, not too much current and not too much wind.

The phenomenon is often fleeting, lasting a couple of days or a couple of weeks before wind or strong current causes the fragile disc to break apart.

"Also, there is the possibility that during the night there's aliens that will come and throw rocks at it or something like that," Voyer joked.