'I feel so stupid': How one Vancouver man fell for the CRA scam

Kelly Loden is angry and embarrassed that he fell for the scheme, but says the scammers would have no power if Canadians all understood one thing.

Earlier this month, Kelly Loden lost $2,000 to scammers posing as tax collectors and police officers. He's not proud of it, but he wants others to hear his story so they can avoid making the same mistake.

"I feel so stupid. Just getting over my own stupidity is a hard thing," Loden told CBC.

The Vancouver man was duped by a Canada Revenue Agency (CRA) scam, a genre of fraud that police say has become increasingly complex.

In recent days, a Surrey resident lost $18,000 and a Vancouver woman paid $6,000 to rip-off artists posing as CRA employees and RCMP officers. In both cases, they'd been told there was a warrant for their arrests.

Loden's story followed an identical pattern. He says the first time his phone rang, the caller ID showed that the number was with the CRA — the scammers seemed to be using some form of spoofing technology.

The caller said Loden was being audited.

"My self-guilt of just owing tax money to CRA let me be led astray and scammed. I'd already been ignoring it for two years," Loden said.

"They had financial information against me that made me believe them. They knew what years I'd filed taxes personally, versus with an accountant."

Soon after, he received another call, this time apparently from the Vancouver Police Department.

The caller gave him a name, rank and badge number, and said a warrant had been issued for Loden's arrest.

To prevent that from happening, he was told he needed to fill out a specific CRA form that was supposedly available in stores.

When he couldn't find that form anywhere, he says the fraudsters told him they'd accept payment in the form of Apple gift cards instead. He made two separate purchases of cards worth $1,000, both times reading the numbers out to the imposters.

Kelly Loden describes how he was taken for $2,000 in a CRA scam 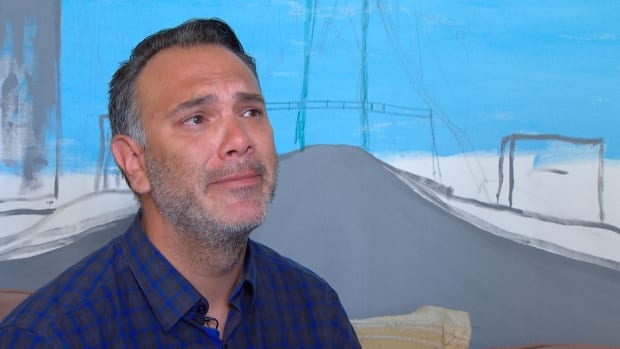 'Your heart just sinks because you know you've been scammed'

2 years ago
3:18
Vancouverite Kelly Loden is out $2,000 after being tricked by fraudsters posing as RCMP and CRA investigators. 3:18

Still, that wasn't enough. After the second exchange, a supposed CRA employee asked for more money.

Loden refused and hung up, but soon someone else called back, posing as a Vancouver police officer.

He didn't answer, and called the real VPD instead, putting an end to the hoax.

Now Loden worries about how far the scammers might have gone. On two occasions, they asked him for his address, but he refused.

He's angry and embarrassed that he fell for the scheme, but he has one piece of advice for anyone who gets a similar call.

"The CRA does not issue arrest warrants. These people would have no power if Canadians knew that they just don't do that," Loden said.

With files from Paisley Woodward and Deborah Goble