Better known as "Hunky Bill," Konyk dished out his trademark Ukrainian-style perogies from his station at the Vancouver exhibition for 52 years. The PNE confirmed his death in a statement on Wednesday.

"It is with incredible sadness that the Pacific National Exhibition acknowledges the passing of one of our longest standing concessionaires and iconic members of our Fair family, Bill Konyk, known across the Canadian fair industry as Hunky Bill," the statement read.

"Bill passed away peacefully last night, surrounded by his family."

Konyk's reign at the PNE began as an impulse in 1967. Over a cold beer at the Ritz Hotel, a friend bet him $10 he couldn't get a booth at the exhibition, so Konyk went down to the fair and begged for one until staff gave up.

Konyk, having won his place without a plan, made the rest up as he went. For years, fairgoers could see him flying around under his tent of a booth in one of his signature T-shirts, serving up perogies and stories.

"He relished those friendships. He treated everybody the same and that was the unique thing about him," said Bill's son, Clay, speaking by phone Wednesday.

"In this life, if you take the time to listen, It can be a lot of fun. That's what our lives are about: stories. Everybody's got a story to tell."

Clay, 58, said those stories from customers visiting the exhibition from around the world are the reason his dad loved and stuck with the business as much and as long as he did.

"He just loved spending time with people ... He always had an open door policy," Clay said.

"If we were at home and somebody came over, the door was always open. There was always food on the table. A cold drink, a bed to sleep in — that's the way we grew up."

In an interview with CBC News celebrating his 45th anniversary at the fair in 2011, Bill Konyk said he had technically retired couldn't stay away. He said the business was a godsend that kept him young.

"I want to keep moving so [death] can't catch me," Konyk told the Vancouver Sun in 2006. "If you sit down and lay back, the old man upstairs says, 'Well, he doesn't want to do anything more constructive, it's time for him to come upstairs.

"I always thought I wanted to have my ashes spread somewhere in [my hometown of] Winnipeg ... But now I think I'd probably have them spread around Hastings Park," he added in the newspaper interview.

Standing up for his name

In 1980, Konyk's business was the subject of a human rights complaint by the Ukrainian Canadian Professional and Business Association of Vancouver.

'Hunky Bill' was taken from a nickname he had as a teenager in Winnipeg. The organization felt it was a racial slur and according to an archived MacLean's article wanted Konyk "fined $5,000, his company hit with another $5,000 fine and, of course, his restaurants given a new name."

After a two-year legal battle, Konyk won the case. The Human Rights Branch dismissed the complaint, noting Konyk's use of "Hunky" wasn't intended as a form of discrimination. 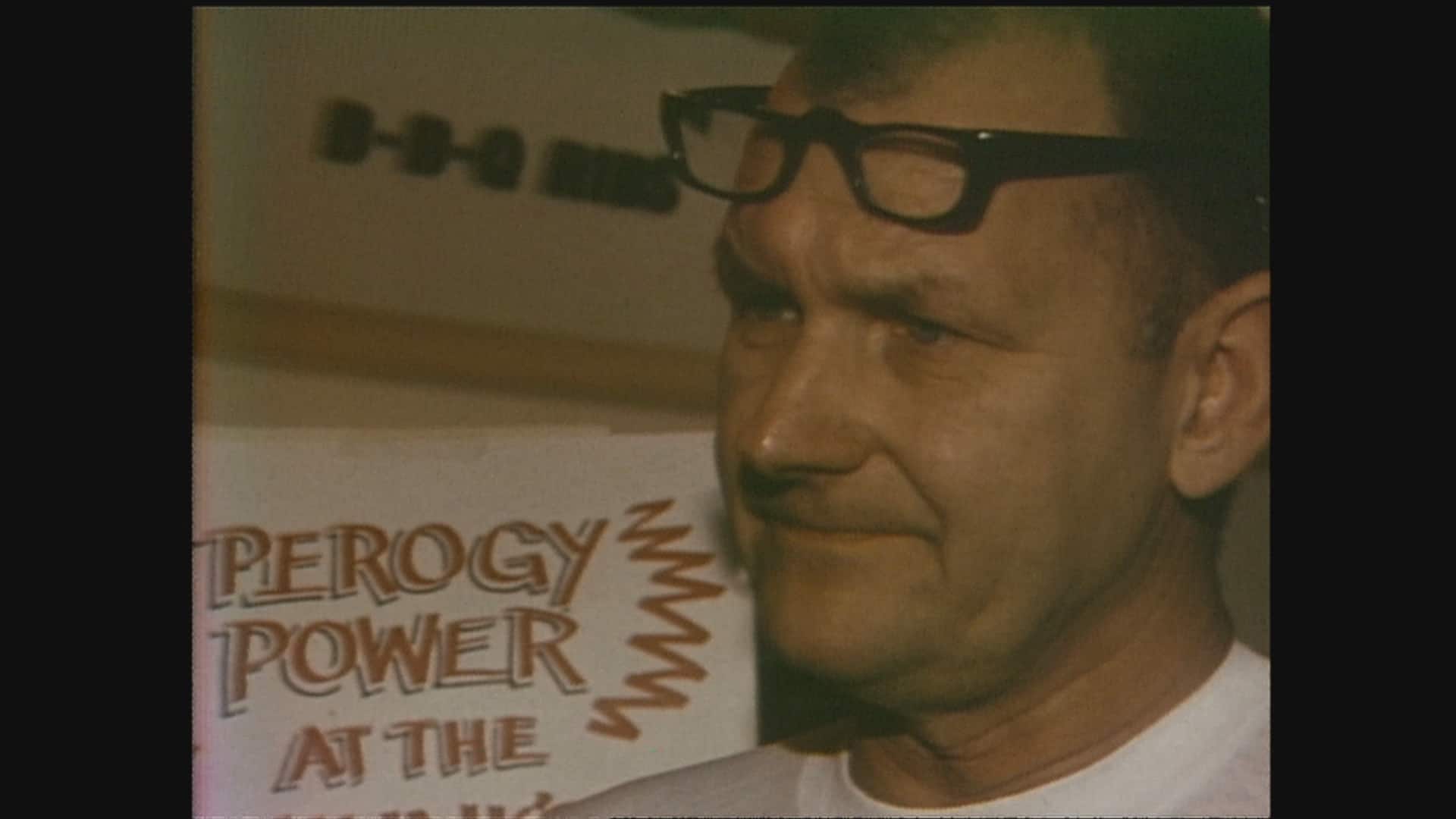 Bill Konyk defends the use of 'Hunky Bill' in his business

1 year agoVideo
2:15
Businessman and perogy vendor Bill Konyk was the subject of a human rights complaint in the 1980s over his use of 'Hunky,' which some felt was derogatory. Konyk ultimately won the case, as it was deemed he wasn't being discriminatory 2:15

Clay said he and his brothers, Mark and Bill III, plan to keep running the business with their own kids. The family was back at the booth on Wednesday, preparing for this year's Fair at the PNE to open on Saturday.

"His feet are bigger than ours, but we'll do the best we can to fill those shoes," Clay said.