A crowd gathered for a CBC town hall that convened Saturday to address some of the most intractable issues facing the Downtown Eastside: despair, addiction and poverty.

'They are hurting … they've had a lot of trauma,' resident says

A crowd gathered at Vancouver's Woodwards Courtyard Saturday afternoon for a CBC town hall that convened to address some of the most intractable issues facing the Downtown Eastside: despair, addiction and poverty.

Many longtime residents spoke passionately — sometimes tearfully — about the neighbourhood problems, including rising crime, the addiction crisis and a worsening homelessness situation.

Many said they'd had enough.

One common thread throughout the forum was the need for a safe supply of illicit substances.

An addiction physician working in the Downtown Eastside, Dr. Derek Chang, stood to say science has shown that addiction and homelessness are not a choice — and he urged those gathered to speak to their politicians. 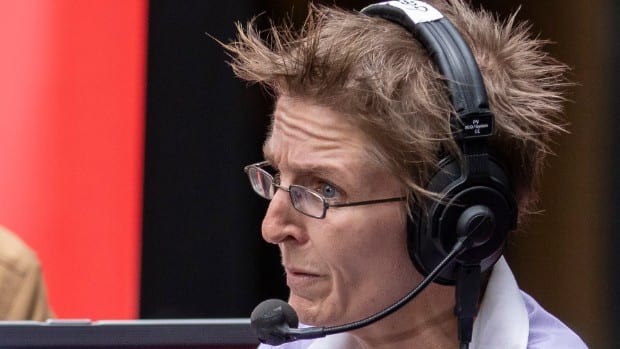 1 year ago
1:47
Long-time drug advocate for drug users says that safe drug supplies will help reduce the increased violence in the Downtown Eastside 1:47

CBC hosts Anita Bathe, Mike Killeen were joined by moderator Stephen Quinn, who is the host of The Early Edition.

Panellists included Karen Ward, a drug user and advocate for drug users, Robin Raweater, an Indigenous activist who has lived in the Downtown Eastside all her life, Fred Mah, president of the Chinatown Society Heritage Building Association and Brandon Grossutti, owner of Pidgin Restaurant.

Throughout the 90-minute forum, community members stepped to the microphone to share stories of their personal struggles and describe the pain of losing friends and family members to the overdose crisis. Some called the situation a humanitarian crisis.

Erica Grant from the Nisga'a First Nation is an activist who pleaded for people to see Downtown Eastside residents as human beings who shouldn't be judged.

"They need for you to love them," Grant said through tears. "They are hurting … they've had a lot of trauma."

It was clear throughout the forum there were no easy answers to the problems residents face.

Panellist Brandon Grossutti, the owner of Pidgin Restaurant, cited a lack of action from all three levels of government.

"It's your job to take care of the most vulnerable in our communities. And if you're not doing that, how many more people have to die?" 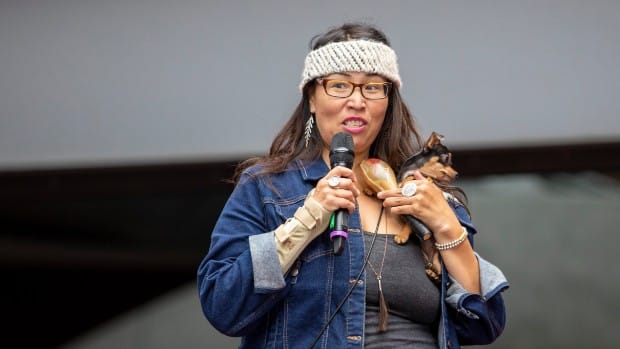 A growing frustration with many residents in the DTES community and beyond is the rise of minor crimes like bike thefts, break-ins and robberies, as drug users look for ways to get money for the next fix.

One solution that came up time and again was the need for a safe supply of drugs.

"We need to break that whole cycle of people needing that ten bucks, that 20 bucks," said Ward, a drug user. "That's the source of petty crime."

It was clear the issues of loneliness, depression, isolation and the stigma attached to homelessness and drug addiction in the neighbourhood aren't easily solved.

But one glimmer of hope came after a speaker questioned the Vancouver Police Department's treatment of people with mental health and addiction issues. The speaker said she felt police treated these people like criminals.

Vancouver Police Const. Steve Addison said police have a complex job in the neighbourhood. But Addison said the Saturday forum was a good place to start a dialogue.

Mayor Kennedy Stewart was unable to attend the forum, but will join Stephen Quinn on the CBC's The Early Edition Monday morning to address concerns raised.