Eric Pittman's high quality videos and live webcam in Esquimalt, B.C., are captivating hundreds of thousands of people around the world, who flock to his website for an unfiltered look.

Eric Pittman's Hummingbirdsupclose.com seen by half a million viewers worldwide 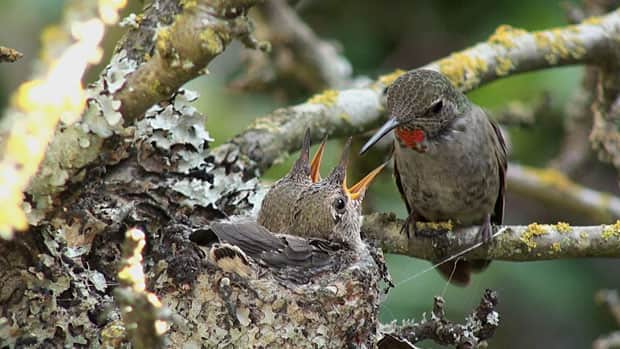 Vancouver Island resident Eric Pittman has become somewhat of a hummingbird expert ever since he picked up a video camera five years ago and starting filming a nest in his backyard.

He has been filming ever since.

"Once you start to do it and they're always around, it's kind of addictive," he said.

Pittman's high quality videos and live webcam streaming from Esquimalt, B.C., are captivating hundreds of thousands of people around the world, who flock to his website for an unfiltered, closer look at the birds.

In five years he has documented over 60 hummingbird nests from egg to flight, making him one of the top experts in the world.

"Before I started following the birds in my backyard so closely, people didn't know hummingbirds had more than one nest a year. But because I was following this [one] particular bird, we were able to prove it had four nests a year," Pittman said.

And what started out as an unusual hobby is now turning into a career. Pittman says he's been asked by BBC Wildlife to help it locate and film a Rufous Hummingbird nest in Alaska.

With files from CHEK News