A meteorologist with Environment Canada says there's a strong chance of higher than normal temperatures this summer across British Columbia because of a trend of warmer water in the Pacific Ocean that influences weather in the Pacific Northwest.

There's a strong chance of higher than normal temperatures this summer across British Columbia because of a trend of warmer water in the Pacific Ocean that influences weather in the Pacific Northwest, according to an Environment Canada meteorologist.

It's because of something called the Pacific Decadal Oscillation (PDO), an El Niño-like pattern of ocean-atmosphere climate variability in the Pacific Ocean, said meteorologist Lisa Coldwells.

"Every 10 years roughly — there's the decadal idea — the temperatures of the ocean seem to shift from cooler to warmer," Coldwells said.

"We are in the warm phase of the Pacific Decadal Oscillation so the temperatures off the coast are warmer than what they should normally be when you add them all together for all the years."

The PDO affects weather in the Pacific Northwest.

"Over the next few months, May, June and July, there is a very high probability that our temperatures are going to be above normal," she said.

All of British Columbia is affected by the PDO with the highest probability of warmer temperatures along the coast and in the mid to southern interior of the province, Coldwells said.

Higher temperatures across the province is welcome news for tourism officials.

"Us, the Albertans, and the Washingtonians — we love the great outdoors, we love our parks, we love camping, we love fishing," Simpson said. "It will make it such a wonderful summer if the weather is as good as everybody says it is going to be."

It has been a dry spring in much of the province and fire officials say a warmer than average summer would only increase the risk of wildfires.

"it is trending to be quite a hot season," said Kelsey Winter, fire information officer with the B.C. Wildfire Management Branch.

"It could definitely affect our fire season and definitely make it one where there is more risk and where there are more wildfires and more extreme wildfire events so that the rate of (fire) spread is bigger and the intensity is bigger." 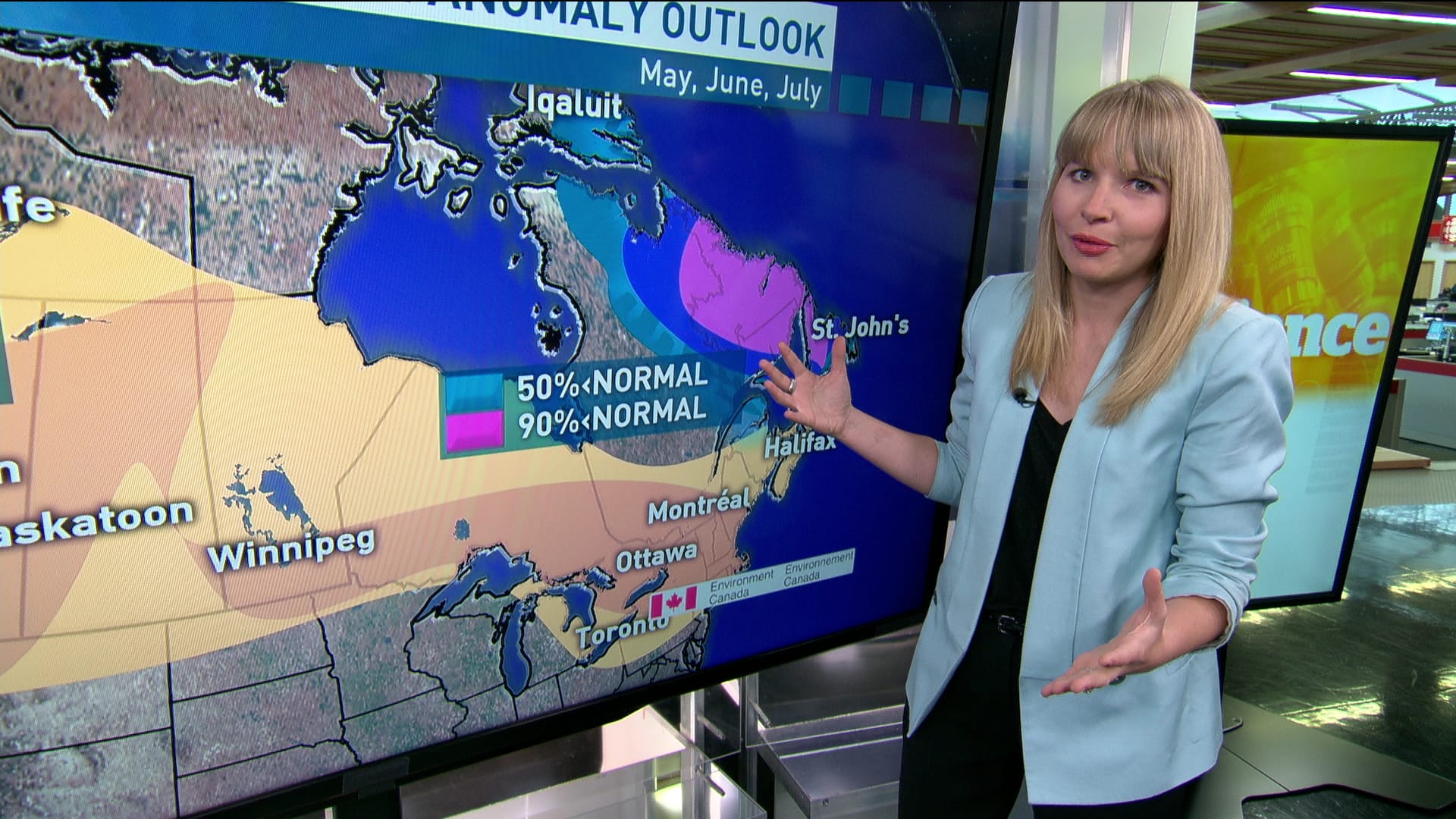 6 years agoVideo
2:09
Johanna Wagstaffe explains why Canada is poised to have a warm summer coast to coast to coast 2:09
CBC's Journalistic Standards and Practices|About CBC News