Few details in candidates' plans to tackle homelessness in B.C.

Reacting to a protest in Vancouver's Strathcona neighbourhood over government inaction over homelessness, the three party leaders spoke out about what they hope to do.

All 3 party leaders say they'll work on the issue, but did not elaborate how

The issue of homelessness made its appearance on the B.C. campaign trail Tuesday, following a large demonstration in Vancouver's Strathcona neighbourhood protesting government inaction on a nearby tent encampment.

NDP Leader John Horgan asked for patience, saying his party will do "everything we can" to collaborate with both municipal and federal partners on the issue.

Horgan also noted the already announced 450 social housing and modular units to come as part of the NDP's housing strategy.

"We've got to treat the causes, prevent the harm, and provide supportive housing so people can get on with an orderly life and not simply spill onto the streets causing chaos," Wilkinson said.

"That's how we get to outcomes that are efficient and effective for those communities ... that's the work that should be happening right now," she said.

But no party had specific details on responding to the tent cities that have cropped up around the province.

Watch as B.C.'s political leaders address the issue of homelessness: 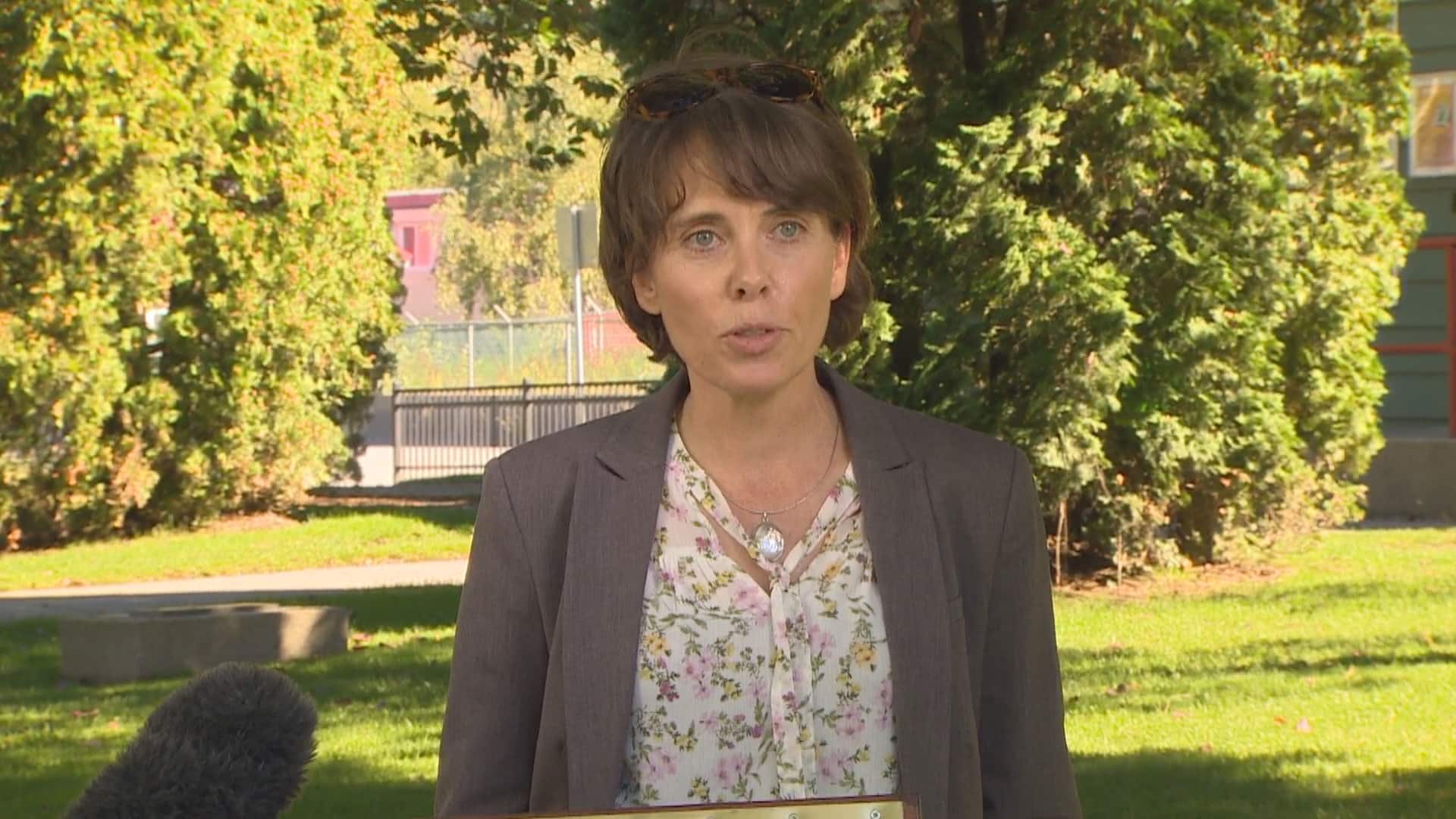 5 months ago
1:32
After Strathcona residents staged a protest Tuesday morning calling for government help for homeless people, all three party leaders talked about how they would address the problem if elected. 1:32

For Shilo Verhaegen, who volunteers in Kelowna helping people who live in that city's encampment, that's frustrating.

"It should not be left up to good Samaritans to apply for grants and open up these places. There needs to be a solid solution," said Verhaegen.

She also pointed out that the issue of homelessness is much more complex than drug addiction or mental health issues, noting in her own experience in Kelowna, she has met seniors who don't know how to apply for their pension and youth who have aged out of foster care.

"They're out on the streets because they've got nowhere else to go," she said.

John Horn, the executive director at the Cowichan Housing Association on Vancouver Island, says his region is seeing the same problem as as every other city in British Columbia, and there are no easy solutions.

"The problem grows faster than our solutions do," Horn said.

While Horn's organization is successfully running an encampment for people living on the streets — "we manage and operate and sustain them like you do a campground" — other cities are at a brink.

Tanya Fader, director of housing at PHS Community Services in Vancouver, says there have been long-term failures in several areas: a lack of affordable housing, the slow pace of building new housing and a lack of services.

Fader says the issue isn't just a provincial one.

"What we're seeing is an amalgamation of the effects of not having a national housing strategy for many, many years," Fader said.

"All levels [of government] have to find a way to respond so it's not just communities left to look after [the issue]."