In 1986 two filmmakers headed to a Judas Priest show in suburban Largo, Md. It seemed only fitting that CBC would honour the event with our own version of the product of their endeavours, Heavy Metal Parking Lot.

Documentary was filmed in suburban Largo, Md., before a Judas Priest concert 30 years ago

On May 31, 1986, two filmmakers headed to a Judas Priest show in suburban Largo, Md.

Young filmmakers John Heyn and Jeff Krulik thought it would be fun to hang out with fans before they headed into the show.

The footage eventually became Heavy Metal Parking Lot. And despite the fact that it was only 17 minutes long, it has stayed a cult classic for 30 years.

Yesterday marked the official anniversary of its debut at a gallery in Washington, DC.

As luck would have it, a metal show was taking place at the Abbotsford Centre, a suburban venue with a big parking lot, on this same night.

Death Angel, Anthrax and Slayer were making their way on tour across North America, with a stop outside of Vancouver.

It seemed only fitting that CBC would honour the event with our own Heavy Metal Parking Lot. 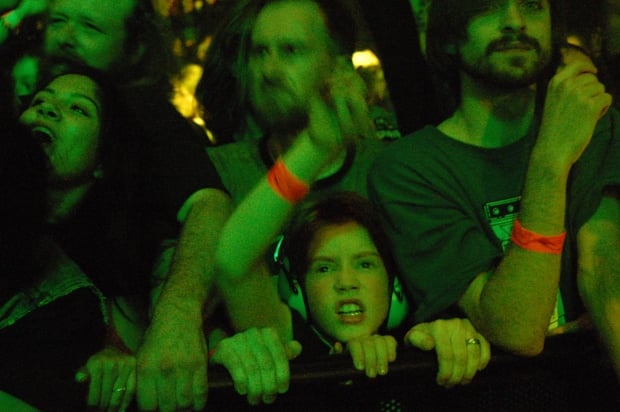 For the love of heavy metal

4 years ago
2:54
B.C. fans of all ages share why they love heavy metal 2:54
Back in 1986, metal was a younger genre of music — and so were its fans.
They're older now, but no less passionate, and they're ready to share the music with their families, too.

Reached on the phone in Maryland, Krulik is still mighty happy to talk about his original film — although he didn't expected to after 30 years.

"John and I retired it in 1990," he explained. "We could only show it on video and film festivals weren't taking video. We gave out copies if people requested it.
"This is before viral video as we know it — it was all about the tape trading. In 1994 we found out it had made it to the West Coast, then we decided to get it out there again."
And that's when it really took off.
Asked why it has endured, Krulik says: "Well, I think there's certainly an archetype at work here."
"Everyone has their own concert-going experience and their music from their youth, so everyone can relate to passion and fandom. That kind of intense love of music people can relate to."

"And I always said about Heavy Metal Parking Lot — you were either at that concert, or you sat next to someone in school who was at that concert. So you knew that crowd and that scene. People can relate to it."

Jeff says he loves any and all tributes to the original, and can't wait to see this one from Abbotsford.

Lisa Christiansen is the On the Coast traffic and music reporter. She is a former Polaris Music Prize grand juror and host of CBC Radio 3's Appetite for Distraction.