While Canadians generally enjoy good health care, some members of the queer community in B.C. say they face medical needs that are not always met.

From July 26-30, tune in to CBC Radio One's The Early Edition at 7:10 a.m. for All Out Vancouver — a new special series produced by CBC's Kiran Singh that explores how the City of Vancouver supports its LGBTQ residents, many of whom seek refuge in the city because of its reputation as a safe haven.

Seven years ago, Simon Rayek was afraid he had been exposed to HIV and went to a Vancouver emergency room to ask for the post-exposure drug PEP.

He says not only did the doctor working know next to nothing about the medication, Rayek says he found the doctor  extremely condescending as he asked questions the then 20-year-old gay man thought inappropriate.

But that terrible experience did motivate him to try to make a difference for others in similar situations.

"That really was the reason that I even became involved in the field I'm in," said Rayek, now the health promotion program manager at Health Initiative for Men (HIM), a non-profit helping queer men and gender-diverse people in British Columbia.

In his role, Rayek helps people navigate the health-care system, and while the COVID-19 pandemic has widened some system gaps, he and other members of B.C.'s queer community say there were already people slipping through the cracks before anyone had heard of COVID-19.

According to the Ministry of Health, the province is doing more to make health-care messaging more inclusive.

In a statement to CBC, the ministry said it is shifting language use across policy programs and resources to be "trauma informed, gender-affirming and gender-additive" and to support increased access for services for the LGBTQ community.

Rayek commended the work, but said it does not go far enough to address what he says is a shortage of doctors across Canada who are well-versed in LGBTQ health care.

"When you have 10 per cent of physicians in Canada who feel knowledgeable about queer and trans-specific health care ... you also have to do the work to actually get the people offering services to be able to speak the language and reflect the policy changes being made," said Rayek.

Trans man Wyatt Maddox says one of the biggest roadblocks for him was just finding a general practitioner with a decent understanding of the health-care needs of trans people, including surgical planning, post-op care and hormone replacement medication.

Not only was it hard to find a doctor who could help get the gender-affirming surgery ball rolling for him, Maddox said when he was in the system waiting for surgery, there were administrative mistakes that removed him from the surgery wait-list more than once.

"It was a regular timeline of about a year to a year and a half. It ended up being over three years for me," said Maddox.

According to a statement from Trans Care B.C., which supports care delivery, surgical planning, and peer and community support for trans people across the province, the government agency has developed many resources for health-care professionals to help them feel more confident providing gender-affirming care in primary care settings across the province.

"I really haven't seen that happening. I see more and more people online who are in search of any doctor that is able to provide them with the health care that they need," said Maddox.

He said another gap he has experienced first-hand is a lack of a consistent supply of testosterone supplements for trans men in B.C.

"On almost a yearly basis, those go on back order. So when we don't have a supply of this medication, it can have some really negative health effects, including [that] it can be fatal," said Maddox.

"I do know a lot of people who will end up sharing supplies and taking less than they need and that can be really detrimental."

And Rayek says stigma still plays a big role in making some people hesitant to push for what they want or need and that adds to the gauntlet of challenges faced by LGBTQ people, including higher rates of depression, suicide and substance use.

"We, I think as a community, often will not seek out the medical treatment that we need to address those things," said Rayek, adding this means a lot of people are not on top of their sexual health, including knowing whether they have an sexually transmitted infection.

Rayek did note the pandemic has closed three sexual health HIM clinics in the Lower Mainland, making access even more challenging at this time. 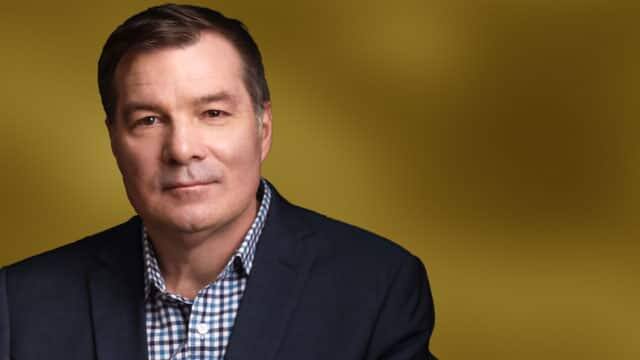 With files from Kiran Singh