The chief medical officer for Fraser Health said Sunday that at least 20 people are in intensive care, some on ventilators, because of the H1N1 flu virus. 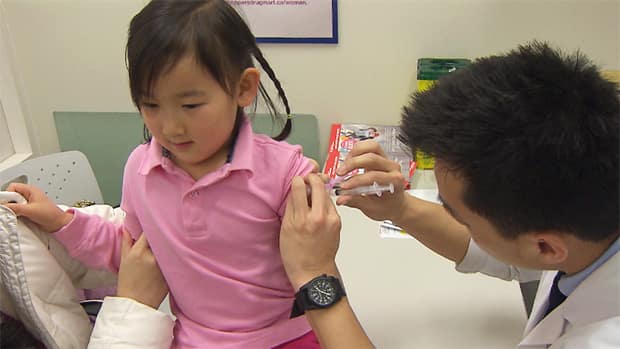 At least 20 people in B.C. are in intensive care, some of them on ventilators, because of the H1N1 flu virus, according to the chief medical officer for a B.C. Lower Mainland health authority.

Dr. Paul Van Buynder, with Fraser Health, said Friday that 15 patients, many of them otherwise healthy, young people, were recently admitted to intensive care units in hospitals in the region. By Sunday he added five more to the total for those in intensive care in B.C., where at least 40 people have been hospitalized due to H1N1 influenza this season.

"It is a lot for us at this particular time, especially because there is not a lot of circulating disease in the community at this point, and so we're worried that this has happened to so many people so quickly," he said.

He said the ages of the patients turning up with H1N1 flu span the spectrum, and include those in their 30s. He also said at least one of the patients is pregnant, and also that one person may have died from this flu strain.

"I have one person who hasn't been confirmed, but I'm pretty sure did pass away from this," Van Buynder told CBC News.

Van Buynder said medical officials are seeing small pockets of H1N1 breaking out across the region, in a pattern mirroring the flu's spread in Alberta, Ontario and Texas.

Van Buynder said the number of flu cases in B.C. is rising but the numbers are not unusual. However, people should still take precautions, he said.

"People should always be concerned about influenza in winter. It does kill people. It makes people very ill," he said.

"Even those people who don't end up hospitalized are often off work for five to seven days. If they're not off work, they're spreading it in the workplace, so you know, it's an important disease, and we can protect against it and I think that's the important message," he said.

The H1N1 flu outbreak of 2009, which the World Health Organization declared a global pandemic, prompted mass immunizations across Canada.

Van Buynder said to help protect vulnerable patients, anyone visiting a hospital or health facility in B.C. will either need to wear a mask, or be vaccinated against the flu — and he said that previous vaccinations against H1N1 may not help anymore due to mutations in the virus.

"Certainly we don't think everybody should be reassured by previously being vaccinated, and we'd like them to make sure that they go out and get it again," he said.

With files from the CBC's Jason Proctor and The Canadian Press