At a mere 10 kilograms, Jack the rat terrier doesn't look lethal. But the Vancouver dog is an expert in sniffing out and killing rodents.

"My daughter didn't want me to tell you this, but he's killed 36 rats and 11 mice. And two squirrels, by mistake," said Adler.

At a mere 10 kilograms, the six-year-old rat terrier doesn't look lethal. On the contrary, he exudes the happy agreeability of a puppy.

As for the killing part, he can't help it.

Seeking and destroying rodents is exactly what Jack was bred to do. It's also what makes him the perfect partner for Adler, an exterminator and co-owner of Vancouver's Integrated Pest Management.

"I love my canine partner. And I love the fact that he loves his work," said Adler, who believes Jack is the only working dog exterminator in B.C.'s Lower Mainland.

Jack has been on the job for five years, targeting suspected rats with his keen sense of smell, strong prey drive, and hypersonic-like speed.

"Generally in the wintertime there's a lot more rodent calls than in the summer," said Adler. "He is able to inspect garages, basements and crawl spaces, and stick his nose under stuff and smell.

When he finds his prey, he'll paw or bark to alert Adler.

Adler said Jack will catch and kill rats and mice if he can. But when it comes to squirrels, Adler deploys his dog differently.

"We call it squirrel evictions," he said. "We'll go up in an attic and I'll give him a go word, which is 'Chippy.' I ask him, 'where's Chippy?' And he'll make a lot of noise growling and barking.

"The squirrels hear that and run out. He's not the killer in that situation. He chases them out and then we block the entrance point with a one-way door — in case there are other squirrels still inside — or with mesh."

To keep his skills sharp, Adler sometimes brings Jack to a downtown SkyTrain station where training doubles as community service.

"He killed three rats there one night. I don't want to tell you which station, though. People will think it's overrun with rats."

'He just had to be taught'

Jack has also become an expert in bed bug detection, something rat terriers don't normally do.

Adler recognized how valuable the skill would be and set about finding someone locally who could train him. In the end, he hired a retired customs dog trainer, who, over a six-month period, schooled Jack in the canine craft of finding bedbugs.

"The customs trainer trained him the same way as when they teach the customs dogs to find drugs and money," said Adler.

"I knew he could do it, he just had to be taught."

As a breed, rat terriers grew in prominence at the turn of the last century when — as the story goes — President Teddy Roosevelt used them to rid the White House of a terrible rat infestation.

Adler calls Roosevelt "one of my history heroes," and credits the story for making him aware of the breed. When his daughter started begging for a puppy, he thought, 'why not get one that could help on the job?'

"He cuddles up on the couch and watches the Canucks' games with me," Adler said.

"He sleeps on our bed and tries to lick our faces after he's done his work, which my wife doesn't necessarily like," said Adler.

Adler has never advertised Jack's services because there's never been a shortage of word-of-mouth referrals. But he is considering putting the dog's photo on a new work truck, which is set to hit the road.

"People like the dog, they gravitate towards the dog because he's very friendly," Adler said.

"But mostly they like that there's a canine expert inspecting their house." 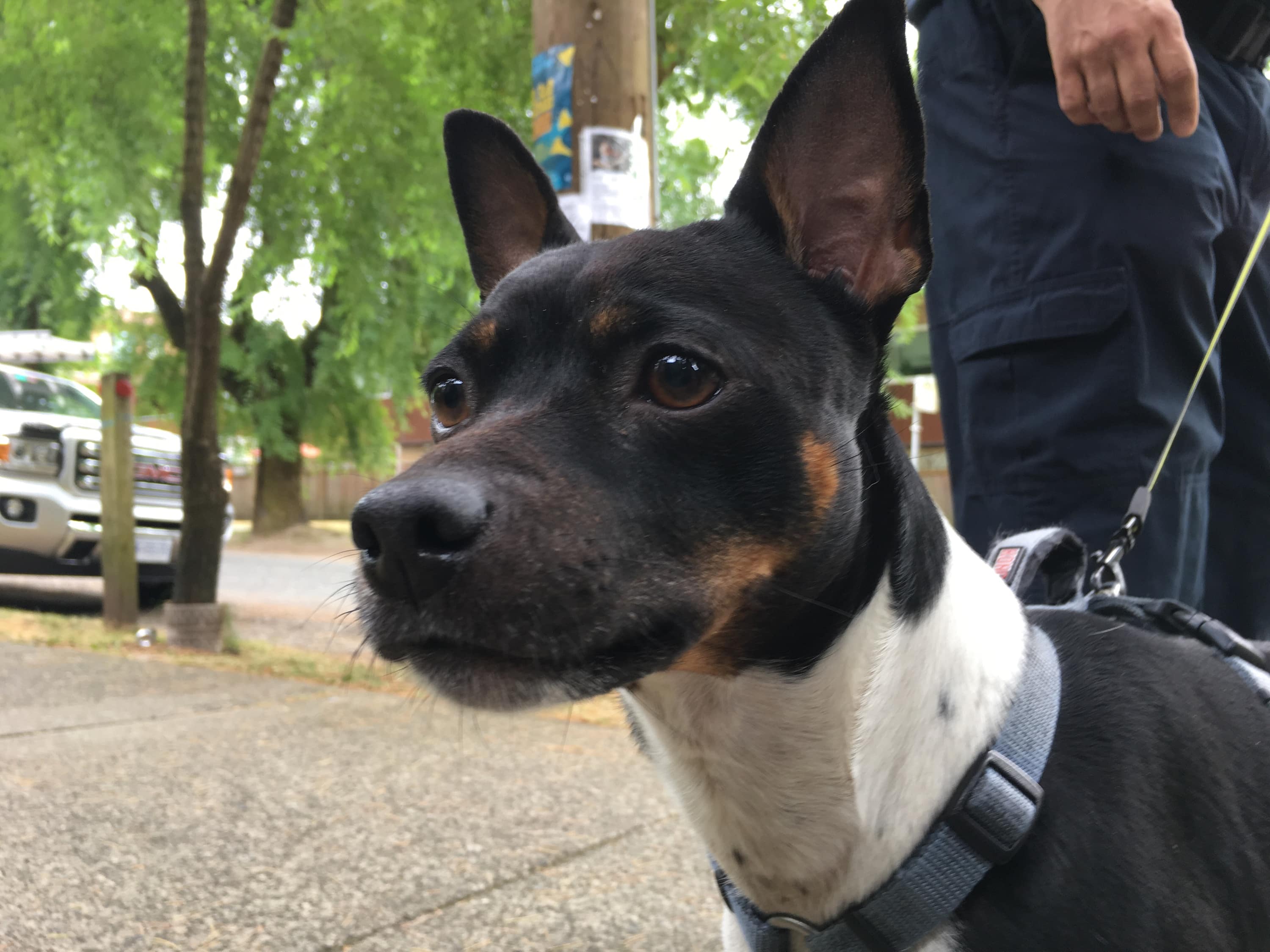 3 years agoVideo
1:08
At a mere 10 kilograms, Jack the rat terrier doesn't look lethal. But the Vancouver dog is an expert in sniffing out and killing rodents.​ 1:08
CBC's Journalistic Standards and Practices|About CBC News