Gary Robbins, known for his bushy red beard, endless enthusiasm and energy is ready to go back to what's known as the toughest foot race in the world — the Barkley Marathons in Tennessee — for his fourth try at finishing. He's unsure if all his preparation will be for naught.

B.C.'s Gary Robbins, known for his bushy red beard, endless enthusiasm and energy, is ready to go back to what's known as the toughest foot race in the world — the Barkley Marathons in Tennessee — for his fourth try at finishing.

Robbins, 43, is probably the most famous non-finisher of the extreme race, which takes place in Tennessee sometime in late March or early April of each year.

Participants must navigate through a five-loop course, covering about 160 kilometres, in and around Frozen Head State Park in under 60 hours. Athletes run through the night, completing punishing climbs through leg-shredding brambles.

Ellie Greenwood, an ultramarathon coach based out of North Vancouver and a friend of Robbins, says the race is for people willing to push themselves to their limits and beyond — physically and mentally.

"It's so extreme and so ridiculous," she said, adding that over the years, the race has drawn a committed community of runners obsessed with finishing, or at least trying to.

"Why are these people destroying themselves just to say they did something that most people haven't heard of … like it's just so ridiculous really, that its appeal."

The Barkley Marathons started in 1986, but a 2015 documentary about it brought greater exposure and attracted runners from around the world.

The race was designed and is organized Gary "Lazarus Lake" Cantrell, who charges 40 runners a $1.60 registration fee and lights a cigarette to start the race, which doesn't actually have a set time.

Only 15 people have finished the race since 1986. If Robbins manages to finish, he would become the first Canadian to do so.

In recent years, Robbins, who lives in Chilliwack, B.C., has helped animate the race beyond its already quirky group of adherents. He's run it three times, with his wife Linda Barton-Robbins and parents as his support team, and failed to finish. 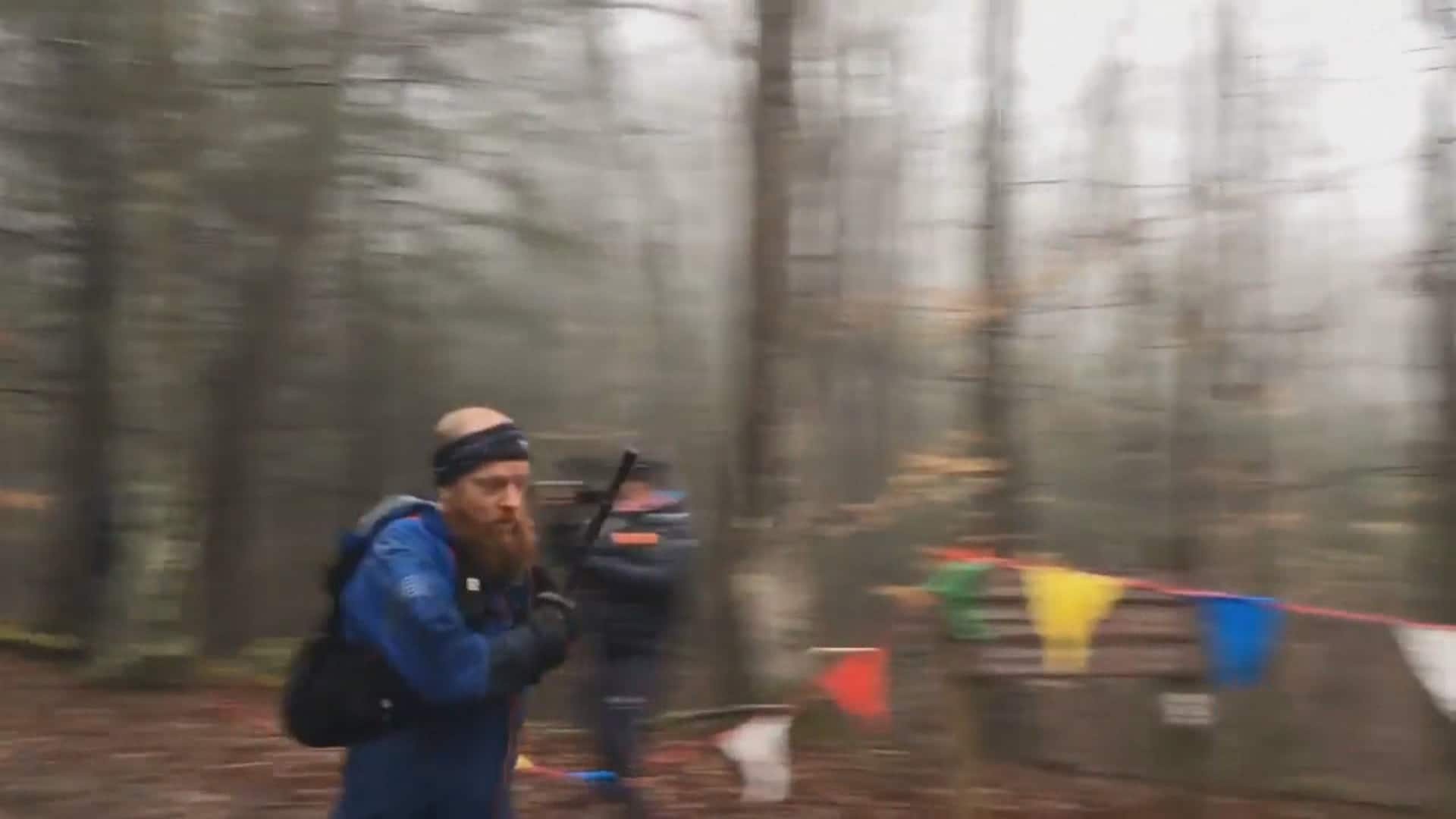 Gary Robbins at the 2018 Barkley Marathons

In 2017, he made it to the fifth loop, but ended up going the wrong way and came into the finish area six seconds past the cut-off.

The next year, Robbins went further than any other competitor — completing three laps  — but was forced to stop due to some of the worst weather in the race's history.

Freelance writer Michael Doyle of Toronto covered Robbins at the race and said the odds were stacked against him.

"I'm not a religious person, but it felt like the gods were against Gary," he said.

Last year, Robbins did not participate in the race due to a fracture in a bone in his pelvis.

Both Greenwood and Doyle say Robbins is more motivated to than ever to finish.

"He's basically spent the last four or five years carving himself into the perfect Barkley finisher without having actually done it yet, which is part of the lunacy of this whole event," said Doyle.

Robbins' training revolves around running up and down mountains in all-night sessions to accumulate thousands of metres of elevation gain. In one of his last preparatory workouts he ran 47 kilometres and climbed 6,400 metres.

Of course, all of Robbins' rigorous training and preparation could be wasted as the coronavirus pandemic may force Cantrell to postpone or cancel the race.

Friday on his Instagram account Robbins addressed that possibility with equanimity, saying that he'll be in Tennessee if the race goes forward, in the best shape of his life, but understands there are, "bigger issues at stake than a stupid race I guess."

While it would be a huge bummer *if* Gary can't run Barkley &amp; we'd grieve that, we're really okay here. We're healthy &amp; our life stresses are few. Many are facing very difficult times now &amp; ahead. Please be kind to one another. You don't know what people are going through.

CBC news communicated with Robbins via email because he is in the midst of training.