The pilot killed in a twin-engine plane crash in southwest B.C. on Tuesday night has been identified as flying instructor Alex Bahlsen.

The pilot killed in a twin-engine plane crash in southwest B.C. on Tuesday night has been identified as flying instructor Alex Bahlsen.

Bahlsen, who had also worked as an examiner with Transport Canada was flying his Piper Aerostar, a twin-engine propeller aircraft, over Gabriola Island when it crashed into the island's northwest corner around 6:10 p.m. PT. Several friends confirmed his death to CBC News on Wednesday.

The BC Coroners Service and RCMP both said there were no survivors from the crash, though it hasn't yet been confirmed how many people were aboard the small plane.

The coroner said there were "multiple" fatalities, but gave no numbers and no further details about the plane or its flight path.

Residents rushed to the scene in an effort to help after impact. They gathered in the dark, on standby, as first responders began flooding the area.

Randi Lynch was wide-eyed as she watched. She was walking through her yard when she saw the plane spinning above her cottage around 6 p.m.

"All of a sudden, I heard some weird noises and the plane was turning around, spinning, out of control … and in two minutes it was down, and there were flames and explosions. It was terrible," said Lynch, her voice shaking.

Lynch said a neighbour told her the aircraft was in "shards."

More than a dozen first responders were called to the northwest end of the island following the crash. Additional RCMP officers and at least four extra ambulances were also dispatched to the island by ferry.

The TSB is leading the investigation. A statement Wednesday confirmed three TSB investigators were expected to arrive by noon on the island, located just off the city of Nanaimo on Vancouver Island.

The TSB said later there is a "significant debris field" at the site and that the aircraft was "extensively broken up due to high impact forces." The flight was a private or pleasure flight that left from Eastern Sierra Regional Airport in Bishop, Calif., and was headed to Nanaimo.

The aircraft was conducting an instrument approach — a series of manoeuvres to prepare for landing — to touch down on Runway 16 of Nanaimo Airport when the crash happened.

The TSB said the total number of people on board has not been confirmed, and it may take several days to identify the deceased and notify their families.

Watch: First responders at the site of a plane crash on Gabriola Island 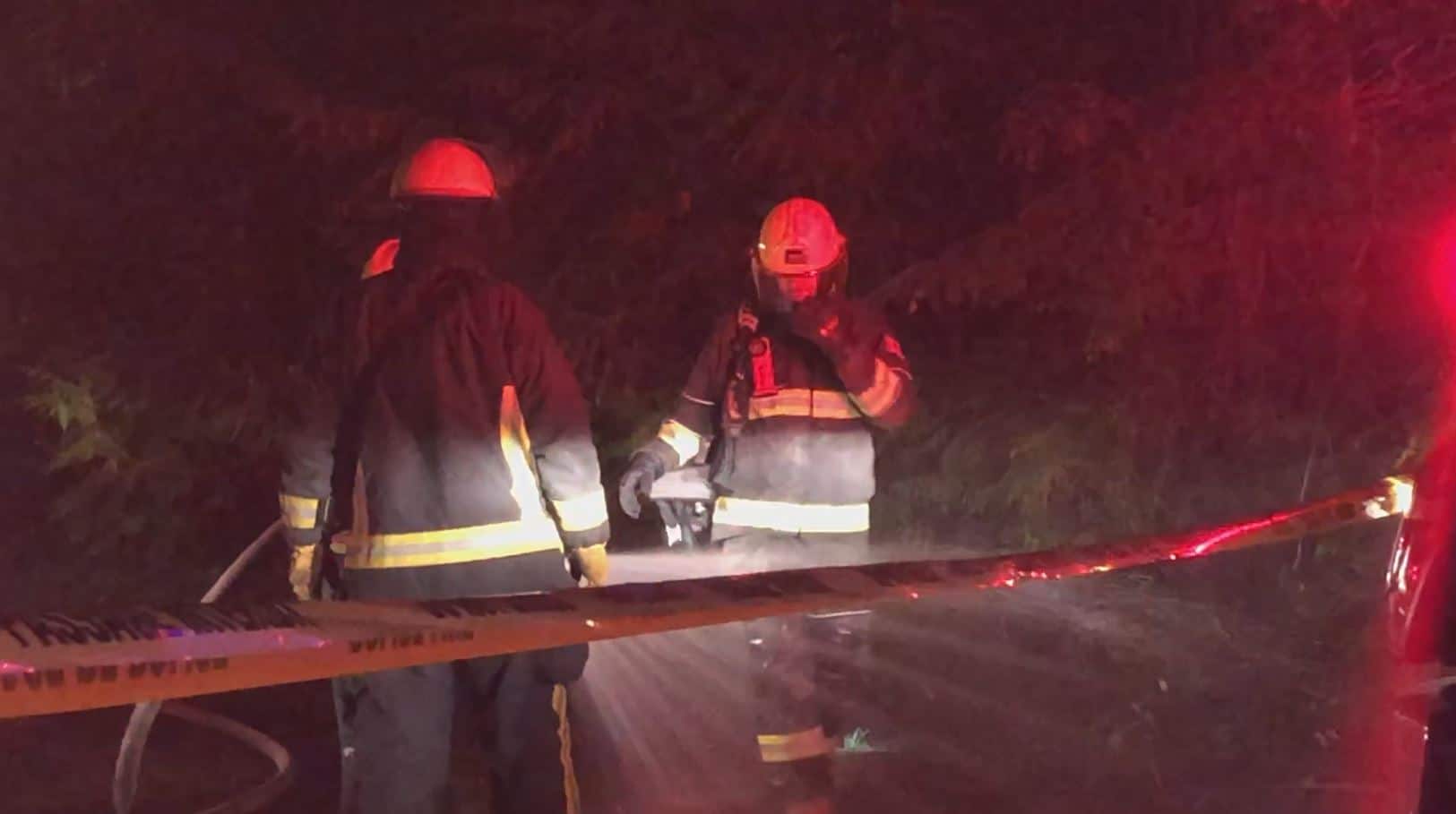 The crash site is being cordoned off by RCMP until TSB officials arrive. RCMP Cpl. Chris Manseau said no one on the ground was injured in the incident.

Bette Lou Hagen lives one property away from the crash site. She said her home shook when the plane made impact.

"It sounded so loud that I jumped. My deaf husband jumped up — he can hardly hear, and he was out of his seat. We rushed outside, and we could hear people yelling. It was the loudest crash I've ever heard in my life."

Gabriola Island is one of B.C.'s Gulf Islands, which are clustered in the Strait of Georgia between the mainland and Vancouver Island.

"This isn't something that our officers see very often in their careers and definitely not [common] for the people who live on that island," said Cpl. Manseau, who works out of the B.C. RCMP's headquarters in Surrey.

"Most people go to that island for tranquillity and peace and quiet, so to have a plane crash literally in your own backyard is going to be scary for a lot of people there."