From illegal to Olympic sport: Skateboarding in Vancouver through the ages

Skateboarding's ascent to the Summer Olympic Games in 2020 may have finally established it as a legitimate sport, but it's had a plentiful share of trials of tribulations.

Kevin Harris remembers when the skateboarding craze took over Vancouver in 1974.

Vancouver was the first city in Canada to adopt the new fad, Harris says, which hailed from southern California.

Within weeks, Harris and the dozen or so other kids on his block had all bought a cheap plastic board from their local sports shop and were building ramps in their backyards.

"I did all the other sports at that point, and once I got on a skateboard I was hooked and it was over, and everything else was secondary," Harris said.

This video, originally broadcast in March 1965, captures some of the sport's earliest young fans before it really took hold. 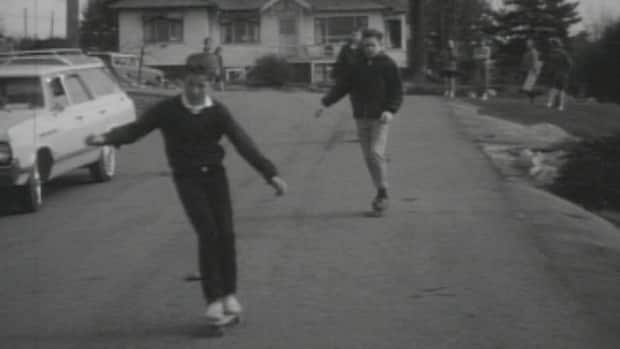 Skateboarding in Vancouver, circa 1965

These days, sunnier weather in Metro Vancouver has brought many of the region's skateboarders out for the season — including hundreds of them for Go Skateboarding Day earlier this week.

Skateboarding's ascent to the Summer Olympic Games in 2020 may have finally established it as a legitimate sport, but it's had plenty of trials of tribulations over the years.

For decades its devotees in B.C. battled municipal governments for the right to ride, often facing tickets and getting chased by police officers in the process.

This video, originally broadcast at the peak of skateboarding fever in May 1994, captures some municipalities' concerns: 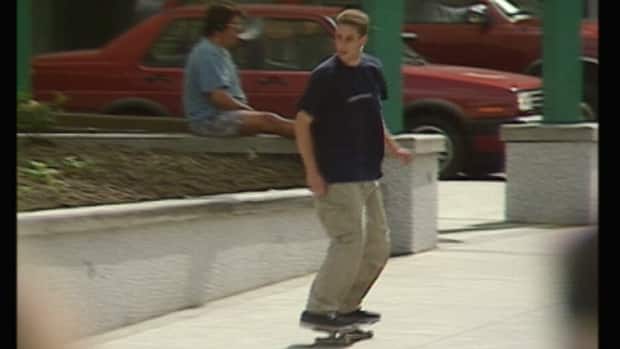 But according to Harris, who went on to become the first Canadian professional skateboarder by 1982 and then to start the country's first skateboard distribution chain, the sport's badass image only made it more popular.

"Honestly, from a business level it doubled our sales because it was illegal," Harris said. "It just created this whole cool energy."

Harris says skateboarding's image began to change in conjunction with the rising popularity of pro-skater Tony Hawk and the well-known video games tied to his name.

He also admits that, despite Metro Vancouver's often hard-nose approach to skateboarding, the region was also one of the first in Canada to support the sport.

For instance, West Vancouver is home to the country's first (and now defunct) outdoor skatepark, and Harris says the region has the best and most plentiful skateboarding infrastructure in the country — a distinction that has led Vancouver to produce some of the sport's top athletes.

One of skateboarding's biggest challenges these days, according to Harris, is recruitment. He says many young folk are opting for scooters instead.

But one demographic that does seem to be growing is participation from female skateboarders.

Vancouverite Norma Ibarra took up skateboarding a couple of years ago, when she moved to East Vancouver.

"It's just a male dominated sport," Ibarra said in an interview from Cuba, where she brought skateboards to donate. "For so many years there was never a girl on a magazine. It was just the way it was, and I don't know why."

Ibarra has been working to change that image by starting girls' nights at the Antisocial Skateboard Shop and documenting the sport's female athletes.

"I think a lot of people want to try, and as soon as they see a group and they see other girls doing it they feel more inspired," she said.

But the tool Ibarra credits the most for the uptick in women athletes is social media.

She says women around the world have joined together through Facebook groups and other sites, gaining visibility along the way.

"I think it's definitely evolving and changing," she said.