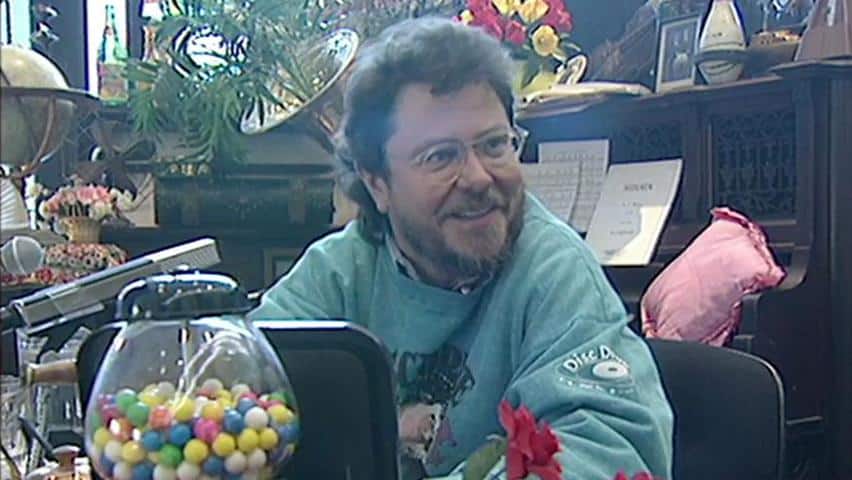 6 years agoVideo
2:01
From the CBC archives - Disc Drive host Jurgen Gothe does his show from the CBC atrium in 1993, as John Northcott reports 2:01

For friends and fans of Jurgen Gothe, the former CBC Radio host and writer will always be remembered for his quirky humour and generosity, his encyclopedic knowledge of music and his love for wining and dining.

Gothe, who was born in Berlin in 1944, died Thursday afternoon, his wife confirmed. The cause of death has not been released, but he was understood to have been undergoing treatment for cancer.

Gothe was best known by many CBC Radio 2 listeners as the award-winning host of DiscDrive, the eclectic national afternoon radio show featuring classical and jazz music, which he hosted from Vancouver for 23 years.

Prior to DiscDrive, Gothe had worked on a show that had seemed very different, said Janet Lea, one of his former executive producers at DiscDrive.

"When I first met him, I thought, 'Here's this man with this amazingly quirky sense of humour. What's he doing with this very straitlaced concert show, where he had to give all the precise details of who was performing and what it was and the opus number and all that?'" Lea told The Early Edition's Rick Cluff.

Then DiscDrive was created by Tom Deacon and a group of producers, said Lea. Gothe was involved with the show from the start.

DiscDrive was not scripted, allowing Gothe to improvise and let his personality shine through. He opened a door into classical music for people who didn't know or like it, said Lea.

Gothe was also an award-winning food and wine writer for the Vancouver Sun, the Globe and Mail, Georgia Straight and NUVO magazine.

"I think this character that came through the airwaves was actually someone that a lot of other people aspired to be," said Lea.

"Someone who tasted fine wine and dined in the best places and listened to the best music of all kinds."

Gothe's wife, Kate, noted that it was fitting that he passed after 5 p.m. PT, during happy hour.