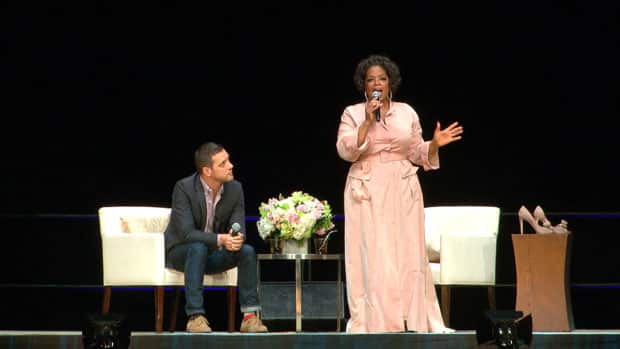 "It feels like everybody has their own personal life with Oprah," she said.

"Just to be in her presence is amazing... She's on such a human level with everybody."

Some 16,000 fans came to see Winfrey share stories of her humble beginnings in Mississippi and her rise to become one of the world's most powerful women.

But tickets to see an An Evening with Oprah did not come cheap — some paid as much as $1,000 for the experience.