The family of a Mission, B.C. woman killed in a targeted hit is outraged the man who orchestrated the killing is out on day parole after serving fewer than three years of a 10-year sentence.

Thomas Holden has served less than a third of 2017 sentence for 2008 murder of Lisa Dudley, Guthrie MacKay

Lisa Dudley's stepfather, Mark Surakka, is outraged the man who orchestrated the killings of his stepdaughter and her boyfriend is out on day parole after serving fewer than three years of a 10-year sentence.

Thomas Robert Holden, the last of four men charged, pleaded guilty to conspiracy to commit murder in connection with the deaths of Lisa Dudley and another man, Guthrie MacKay, in a Mission, B.C., home in 2008.

Guthrie died at the scene, but Dudley, who was shot twice, sat paralyzed and bleeding in a chair for four days before paramedics arrived. She died on the way to hospital.

Holden was sentenced in February 2017, in B.C. Supreme Court in New Westminster, after admitting his involvement in both deaths.

Listen to Surakka react to news that Holden was granted day parole: 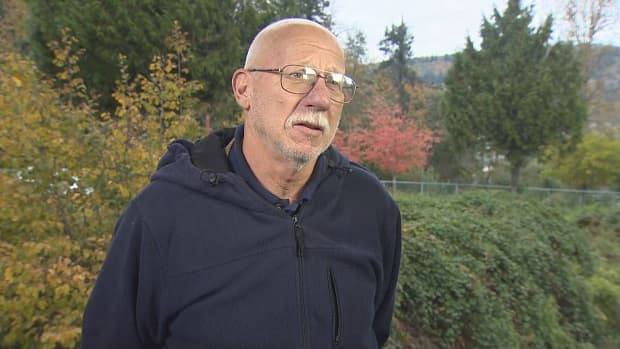 1 year agoVideo
0:15
Thomas Robert Holden has been granted day parole after serving fewer than three years of his 10-year sentence. 0:15

Justice Elizabeth Arnold-Bailey told the court the 10-year sentence, "reflects the need to deter others from acting similarly to resolve difficult interpersonal situations."

The court heard that in the years leading up to her killing, Dudley had been a partner with Holden in an illegal marijuana grow operation. Eventually, they had an affair.

Dudley's stepfather, Surakka, says there seems to be no justice.

"Holden directed the killing. His finger may not have been on the trigger, but he pulled it. He paid $25,000 to have Lisa killed and Guthrie killed. So it is just terrible that he would only serve two years and eight months," said Surakka.

Parole Board of Canada documents show Holden became eligible for day release on Oct. 3. The board outlined various reasons for the decision, citing "excellent" behaviour since Holden was incarcerated and indicated Holden could participate in a men's trauma group while on release.

"What kind of message does this actually send out to people about the processes involved in taking human life? In our opinion, it devalues that. It's disgusting to me. Our family doesn't think of it as justice at all," said Surakka.

For now, Holden is living at a community residential facility and is eligible to apply for overnight passes. His release is contingent on several conditions, one of which is to stay away from Dudley's family members.

Holden will be eligible for full parole by March 2020, according to the Corrections and Conditional Release Act.