Families of five Langley, B.C., mushroom farm workers who inhaled fatal doses of toxic fumes heard details of what happened to their loved ones at a sentencing hearing on Friday. 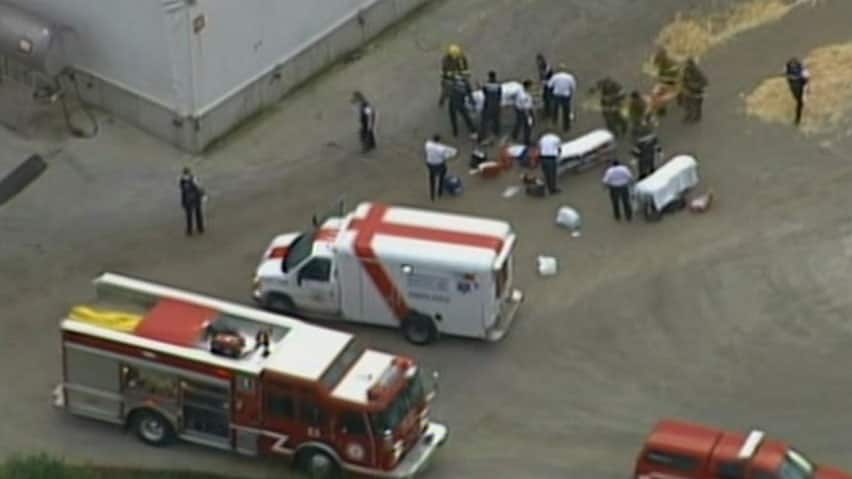 9 years ago
2:37
Details of a deadly accident at a Langley, B.C., mushroom farm were revealed at a sentencing hearing, the CBC's Renee Filippone reports 2:37

Families of five Langley, B.C., mushroom farm workers who inhaled fatal doses of toxic fumes heard details of what happened to their loved ones at a sentencing hearing on Friday.

Three men were killed and two were left with brain damage after inhaling noxious fumes that leaked out of a pipe on the farm on Sept. 5, 2008.

Crown counsel told the audience in the Surrey, B.C., courtroom that the owners of the mushroom farm knew there was a problem with a clogged pipe before the incident.

A plumber was brought in but said a sewage specialist would be needed to fix the clog.

Instead, the owners sent two of the men into try and fix it themselves. When they flipped a valve, gas started to flow out.

The two workers could smell something strange, and then one of them collapsed. Other workers came rushing to help, but they also collapsed.

When ambulances arrived, paramedics could not enter the shed because it was unsafe. They had to wait for a special rescue crew to come in. By the time the crew arrived, it was too late.

According to workplace safety regulations, the shed should never have been built around the pumping station. The owners had it built to protect the pipes from freezing, but in doing so created a dangerous confined space.

"If you take illegal actions at your place of work, and those illegal actions lead to the death of workers, then there should be tough penalties for that and not fines to bankrupt companies that never pay," Sinclair said.

In May, three men and one woman pleaded guilty to 10 of 29 charges in the case.

The four will appear in court again on Monday for the continuation of the sentencing hearing.

With files from the CBC's Renee Filippone