In the eyes of many, it was the event that made Vancouver a world-class city. Some others will tell you it devastated the city's downtown eastside.

In the eyes of many, Expo 86 was the event that made Vancouver a world-class city.

Some others will tell you it devastated the Downtown Eastside.

Either way it remains one of the biggest events in British Columbia's history.

He was 18-years-old, just out of high school and spent the summer working at one of Expo's many souvenir kiosks.

"The T-shirt that comes to mind is the classic Miami Vice style Expo 86 T-shirt. That was a big seller," said Bordon.

The world exposition was built on a railyard and barren industrial wasteland.

For a century before, the 70-hectare site on False Creek's north shore housed lumber mills and factories like Sweeney Cooperage.

At one point, the cooperage was the largest barrel manufacturer in the British Empire.

In the early '70s, the Canadian Pacific Railway entertained plans to build residential towers on the property but nothing materialized.

By the end of the decade the land was deserted.

"I recall it was industrial land," said historian Jean Barman.

It was sort of a no place land.- Jean Barman, Vancouver historian

"It was something you drove-by but you usually didn't drive by because it didn't take you anywhere," Barman said.

Metro Vancouver's population hovered at 1.17 million in those days.

According to Statistics Canada, English was the number one language spoken by 942,370 of those people.

It was a very different Vancouver.

Flitton recalls that a survey was done in the early '80s to gauge international awareness of Vancouver and British Columbia.

"In California, you know practically our closest neighbour, and it was something like 12 per cent," she said.

"They didn't even know where we were, that we were a sizeable cosmopolitan city. By the time Expo was over, they surveyed again and it was well up in the 80s," said Flitton.

But that $78 million transportation show quickly morphed into a billion dollar world's fair and the name was changed to Expo 86.

Local business tycoon Jim Pattison was appointed CEO and eventually became president of the fair for a nominal salary of $1 a year.

Construction of Expo got underway in March 1983 when Queen Elizabeth started a concrete mixer on the future site of the Canada Pavilion and invited the world to visit Vancouver.

"We were in a recession and you know the thought of spending millions of dollars on a fair offended quite a few people as these things do," said Flitton.

Jim Green was among those who were offended.

Green, who died in 2012, was a community activist and non-profit housing developer who helped unite the Downtown Eastside and Chinatown.

In the months before Expo, the communities protested the eviction of low income residents from residential hotels and rooming houses, which were being upgraded for an anticipated tourist trade.

Years later, on the fair's 25th anniversary, Green said this about Expo 86: "From the point-of-view of the Downtown Eastside, it was awful, the worst thing that ever happened to this community."

But back in 1986, after more than three years of building and preparing, the fair was ready to open.

There were 54 pavilions sponsored by different nations and corporations, 70 restaurants and 25,000 full-time jobs for six months.

Prince Charles and Princess Diana were among the first visitors.

35 years agoVideo
4:44
B.C. kicks off the Expo in royal fashion, with the Prince and Princess of Wales in attendance. 4:44

"We opened May 2nd and it poured rain. It was just miserable," said Flitton laughing.

The triumphant — albeit soggy— opening was only the beginning.

When the sun finally came out, it shone all summer long.

The fair's original projection of visits was 13.7 million.

On July 25, 1986, when Shirley Carscadden and her late husband Tom walked through the gates, Expo hit the 10-million visitors mark.

"We didn't know what in the world was happening," Carscadden said. "The reporters were around — and, that was kind of a shock. The bugles were going and reporters were saying, 'who are you, what's your name?' " said Carscadden.

The Langley couple received a season's pass to the fair, although they had already bought their own, plus a seven day Caribbean cruise, a helicopter tour of Vancouver, lunch at The Prow restaurant under the five sails at Canada Place and a bag full of souvenirs.

The best part, Carscadden said, was "after that day we were able to enter any of the pavilions by the back door, without having to wait in line — a big plus!"

During the next 10 weeks, the crowds grew exponentially.

The masses loved every bit of it — the remote-controlled mascot Expo Ernie, the roller coaster aptly named The Scream Machine, the nightly fireworks and so much more.

After the fair, the vacant Expo site was sold for $145 million to Li Ka-shing, Hong Kong's richest developer.

"There is no question that sale was a particular moment when we took a very pro-active attitude towards making that connection to the Pacific Rim investment market," said Gordon Price, director of The City Program at SFU.

"There was a conflict within the provincial cabinet as to whether the site would be sold off in an international competition or whether it would be subdivided and sold off to local developers. If that had happened we would have had a very different history," he said.

How much Vancouver has changed since Expo is easy to measure with simply a look at the forest of high-rises along False Creek.

Three decades ago none of them were there.

Expo also left a legacy of infrastructure projects that were — with the fair in mind — built sooner or bigger.

"The most significant legacy that we got from the fair was the SkyTrain line. And, that was the best technology, automated cars," said Price.

The most significant legacy that we got from the fair was the SkyTrain line.- Gordon Price, director of The City Program at SFU

The list of Expo legacies is long, including  the Alex Fraser Bridge, BC Place, the Cambie Bridge, Canada Place Trade and Convention Centre, the Coquihalla Highway and Science World.

The cost was shared by the B.C. government, the federal government and corporate participants.

Most people remember Expo fondly and say it was Vancouver's coming of age.

Still others who opposed it 30 years ago remain critical of its legacy.

But everyone agrees the fair was a pivotal event that changed how the world looked at Vancouver  and, how Vancouver looked at itself. 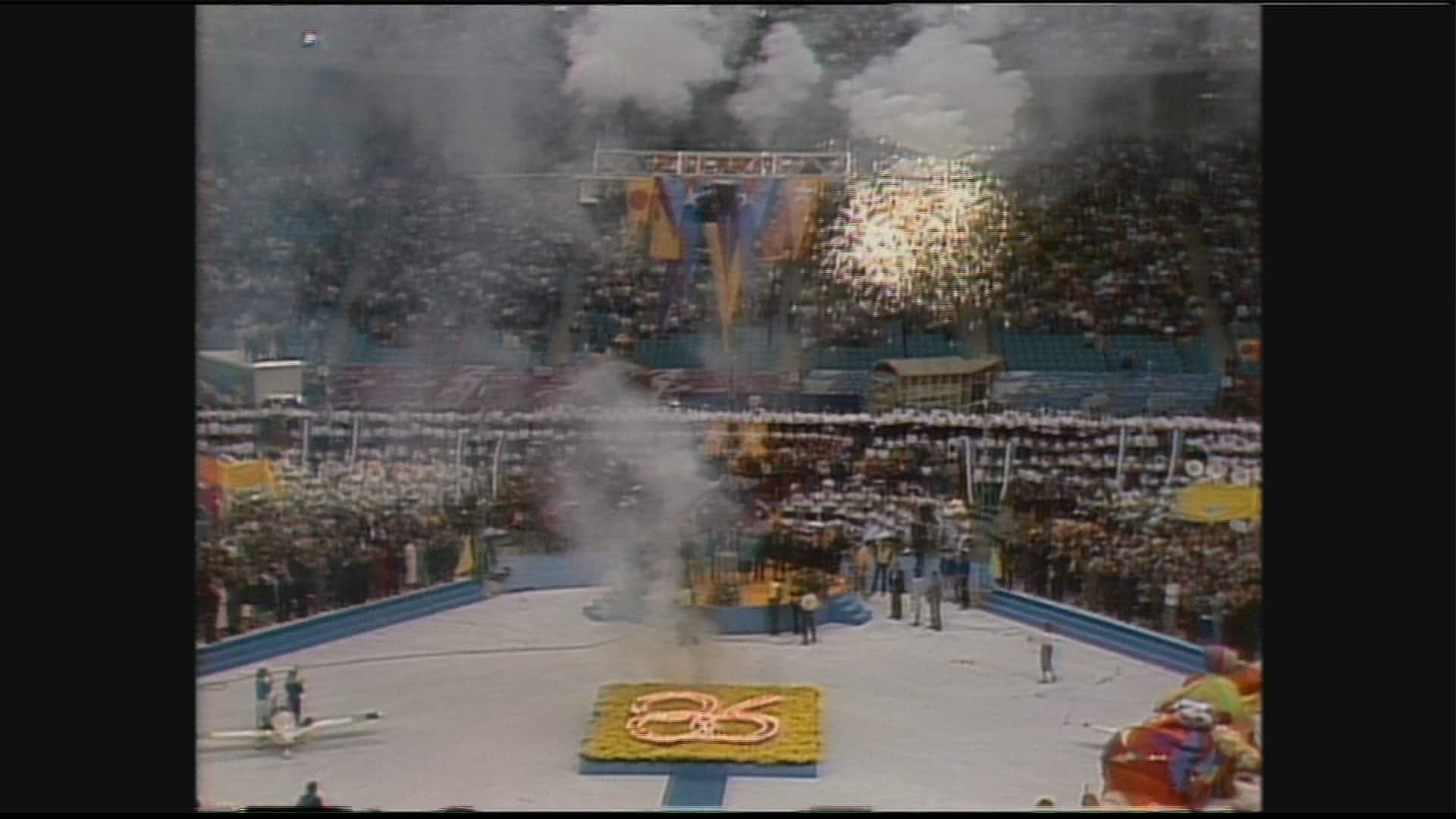 From the archives: Expo 86 in Vancouver