"Now, a kid can play video games on his couch and next thing you know, millions of people will watch him on ESPN."

When Philip Balke first heard there was money to be made playing soccer online, his reaction was one of disbelief.

Balke immigrated to Canada from Iraq via Syria in 2004 but only recently become one of the growing number of people who play eSports for money — with the FIFA soccer simulation series from Burnaby's EA Sports being his game of choice.

"My friends will come over to my house and say 'let me play you in FIFA'. And they sit there and are like 'what the heck? I can't do anything. You read me. You get the ball,'" said Balke, who says he plays upwards of 40 games every Thursday to Sunday as part of a competitive league.

But his dedication has paid off and next month he'll be in Vancouver to compete in the North American regional final of the FIFA 17 Ultimate Team Championship Series, where players like Balke compete against one another for a $20,000 US prize, using custom teams they've built over hundreds of hours of gaming.

"I can't wait," said Balke, who has never been to Vancouver before.

"I'm going to be representing Canada. We're going to be playing in Canada. There's no other better feeling for me."

The Vancouver event on April 8 is one of six regional finals that determines who will play in the $160,000 US championship final in Berlin on May 20.

However, it's a milestone event in its own right, as it's the first time that FIFA 17 matches will be shown on British television. BT Sport signed a deal with game producer EA Sports to broadcast them live, and ESPN has been broadcasting the tournament on its various channels since February.

While eSports participation has grown exponentially this decade, traditional media has been slow to embrace the medium as a broadcasting option.

But the Vancouver event is a clear example of how that's changing.

"They're seeing the same players they see on TV. There's a huge potential in that," said Chu "ChuBoi" Morah, a Vancouver resident who commentates on games via Twitch, the online video platform of choice for millions.

Morah, who says his goal is "to make all FIFA pro athletes stars," says the popularity of eSport soccer isn't close to that of combat and shooter games, but there are good reasons why it's gained a foothold on conventional television.

"Everyone who watches soccer can see something in it. You see the same movements on the screen as you do on the pitch ... The interest was always there. Now, there's something to harness that interest and turn it into something big."

Can FIFA skills pay the bills?

While Balke is a student at York University with aspirations of studying law, he has professional aspirations for his FIFA career.

"I certainly do. All this time I put into this game. All the years. I want it to pay off," he said.

Morah, 30, says Balke's inclusion in Vancouver's tournament is proof of his talent — "If you can make it to Miami [the tournament stop that preceded Vancouver], you're up there with the best in North America" — and believes the amount of money available to top players will only go up.

"A lot of brands will use that as a way to connect to younger audiences," he said.

"Younger audiences now don't watch TV. They don't feel like they relate to what's going on TV, [but] they could watch a game they love to play, and a guy who looks just like them." 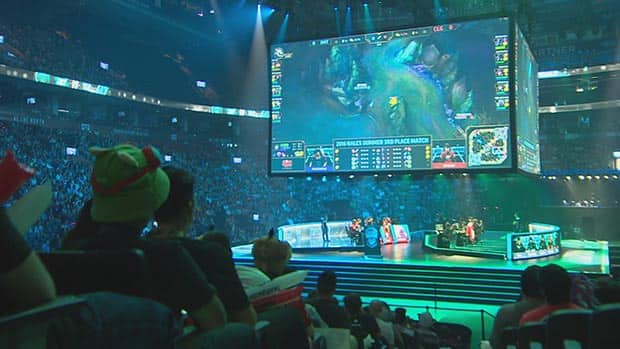 And it's not just players who have a greater chance of going pro: Morah recently quit as a community manager at EA Sports to become an independent broadcaster and with hundreds of thousands of social media followers and Twitch subscribers interested in his perspectives, he's confident in his chances.

"I was always interested in the little details [and the stats, so] why not do that? Stream on Twitch and hopefully because a lot of people know me already, hopefully it'd be a viable source of income."

Which means both Morah and Balke will enjoy the critical tournament in their own country — but also understand its importance.

"To my Nigerian parents, video games were a distraction after school," said Morah.

"Now, a kid can play video games on his couch and next thing you know, millions of people will watch him on ESPN."