The B.C. government is investing $113 million to build a new facility for Emily Carr University at the Great Northern Way Campus. 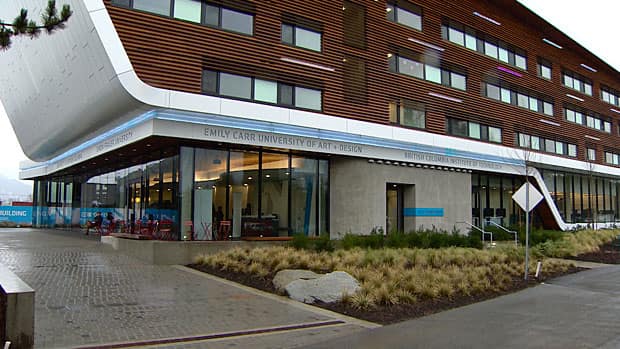 8 years ago
2:09
B.C. announced it will build a new campus for the fine arts school in East Vancouver 2:09

The B.C. government is investing $113 million to build a new facility for Emily Carr University at the Great Northern Way Campus.

The funding means the art and design school will be leaving Granville Island, Premier Christy Clark confirmed on Wednesday morning.

The original Granville Island campus was designed for 800 students, but now has 1,800 registered, and the university needs a larger space to grow and stay competitive, say officials.

The new visual, media and design facility will cost a total of $134 million to build. The university and donors are expected to make up the $21-million gap in funding. Construction is slated to begin in May 2014 and be completed by July 2016.

President Ron Burnett said the aim is to bring art and technology together at the site.

"Emily Carr's Great Northern Way Campus will be at the centre of a new social, cultural, educational, entertainment and economic engine for British Columbia,"  said Burnett.