Nearly 2,000 people in B.C. have been prescribed hydromorphone, a synthetic opioid, under the province's safe-supply program, but fatal overdoses continue to rise and reached a historic high in June, with 175 deaths.

In the morning, David Keeler starts off with a dose of methadone dispensed by a pharmacist. A few hours later, he swallows 28 prescription pills of hydromorphone, a synthetic opioid prescribed by a doctor. By late afternoon, the 44-year-old Victoria man is turning to his own stash of drugs he bought from a dealer.

"It just doesn't reach my addiction," Keeler said of the hydromorphone pills he takes every day, which were prescribed through the province's safe supply program.

Back in March, new provincial guidelines were issued that gave physicians the go-ahead to more widely prescribe opiates and other substances to those struggling with addiction.

In order to qualify for the medication, which is covered by B.C's Pharmacare plan, people have to be at risk of developing a COVID-19 infection and at high risk of overdosing or going through withdrawal.

The change was made because of concerns that the pandemic could disrupt the drug supply, along with a desire to have those at risk self-isolate.

However four months on, there has been a spike in the number of deadly overdoses and repeated calls for the government to do more to confront the opioid crisis, which was first declared a health emergency in B.C. in 2016.

Some, including B.C.'s premier, John Horgan, and the head of the Canadian Association of Chiefs of Police have been calling for drug decriminalization while others want to see people legally prescribed the same substances they are addicted to.

Keeler is one of nearly 2,000 people now on hydromorphone in the province, most of whom have been given prescriptions since the safe supply program was rolled out.

He started using heroin when he was 14, and at first, he said, the hydromorphone seemed to be reducing his cravings for more drugs, but now, he doesn't think it's having much effect.

Some days, he doesn't even take the pills, which is why a stockpile is building up in the supportive housing unit he lives in.

"Maybe more than half of the people that I know that are on these are looking to sell them," he said.

Keeler, who works with the Society of Living Illicit Drug Users (SOLID), equates giving hydromorphone to a serious addict with giving Tylenol to someone who has just had major surgery: It is nowhere near strong enough.

Experts say the drugs available on the streets have become even more deadly in recent months.

In June, 175 people died of overdoses in B.C., which was the highest number in a single month since the province started tracking overdoses. Before that, May set a similarly dismal record with 171 deaths.

According to B.C.'s Coroners Service, fentanyl is detected in more than 80 per cent of deadly overdoses, and toxicology tests between April and June found there was an increase in the number of deaths where "extreme fentanyl concentrations" were found in the bloodstream.

The drug supply, which experts speculate comes by way of the U.S. and China, has been disrupted by the pandemic border closures to non-essential traffic and has become more toxic with not only higher levels of fentanyl but additional substances being added in.

Allen Custance, a technician and harm reduction worker  with the organization Get Your Drugs Tested, said he normally sees samples of what are called "down" drugs that are powerful depressants and can be a combination of fentanyl, heroin as well as other chemicals.

Normally, he sees fentanyl concentrations between five to 10 per cent, but in recent months, he has been seeing some samples of "down" drugs with fentanyl at 20 to 30 per cent.

"To most people, that is enough to overdose — even a seasoned user with a higher tolerance," said Custance.

He analyzes samples using a piece of equipment called an FTIR spectrometer, which employs an infrared laser to detect the chemical make-up of drugs. Most of the samples come from users and dealers who drop them off at the group's location in east Vancouver, but about a quarter are mailed in from other locations in Canada.

In addition to fentanyl, he has been seeing more drugs that have benzodiazepines, tranquilizers that depress the central nervous system.

WATCH | Allen Custance explains what he found when he tested the quality of street drugs: 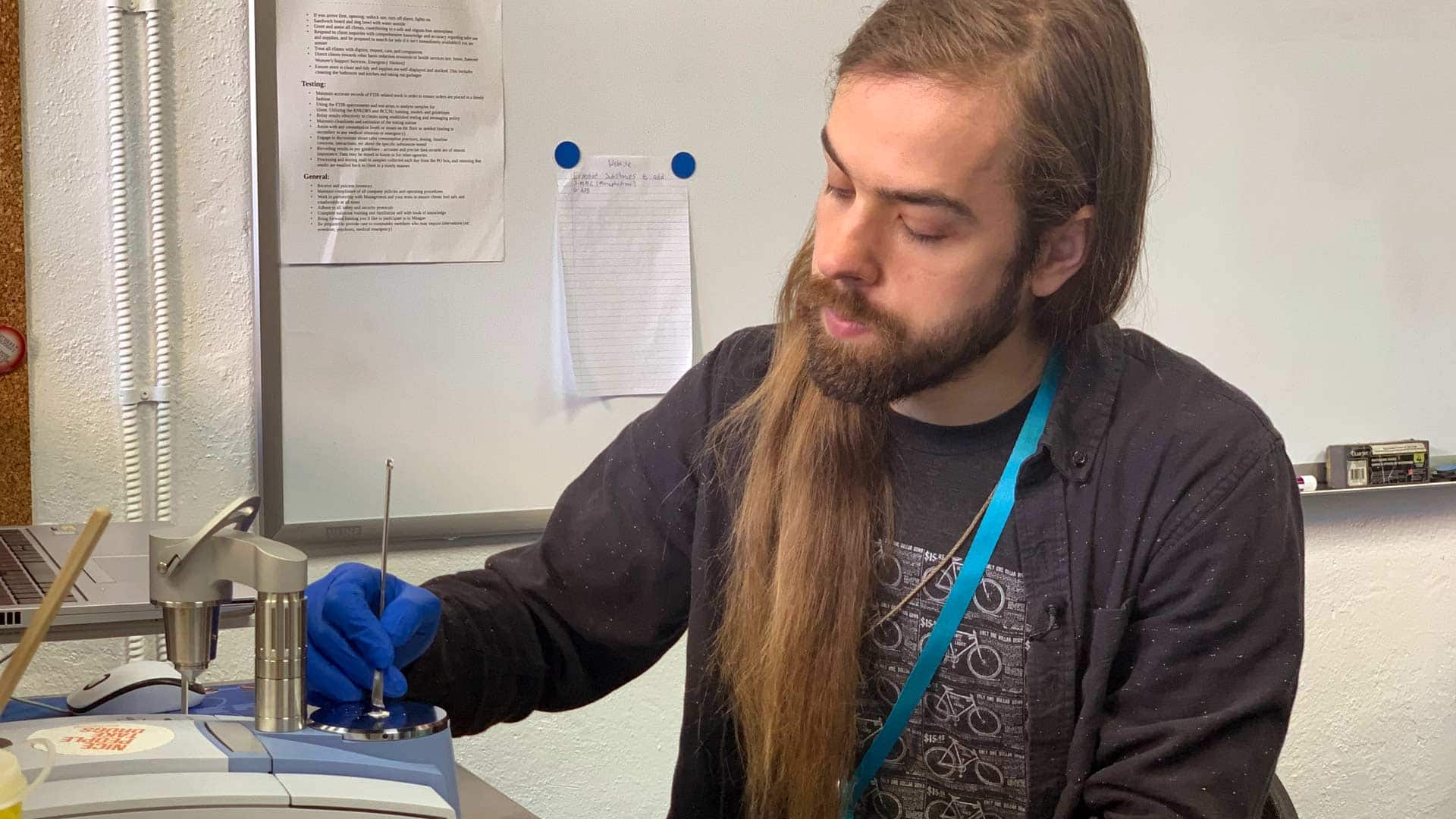 Testing the quality of street drugs

2 months ago
1:16
Allen Custance says some of the street drugs he's been testing through his organization, Get Your Drugs Tested, are being cut with four times more fentanyl these days than before the pandemic, which has interrupted the supply chain. 1:16

On Vancouver Island, a team from the University of Victoria is also testing drugs and seeing similar trends.

Bruce Wallace, an associate professor and scientist with the Canadian Institute for Substance Use Research, said they test about 100 samples a month. The service isn't just about showing which drugs are more potent; it's also about quality control, he says.

"Just as when we go to the grocery store, we want the label to show the product that we are buying."

Having the overdose crisis worsen during the global pandemic has caused the province to move urgently on a number of fronts, such as introducing safe supply and moving people living in tent encampments into hotels. However,  Wallace wishes Canada would move toward decriminalization.

"[COVID-19] has really shone a light on a lot of the inequities that we have in society and a lot of what hasn't been working in public health" Wallace said.

The drive to decriminalize

Decriminalization would have to be done at a federal level, and Ottawa has not said what it thinks of the push to decriminalize illicit drugs, just that it is committed to harm reduction and treating substance use as a health issue.

While the safe supply guidelines are seen as a significant step in B.C., some say there are still widespread challenges.

Many of the narcotics being prescribed have to be picked up every day at a pharmacy and while some offer delivery, Dr. Ashley Heaslip believes there are still barriers to access.

She says people living in smaller communities may have more difficulty finding a doctor willing to write that kind of prescription, and if somebody is staying in shelters or on the street, it can be difficult to connect with the pharmacy every day.

The province was unable to provide data for how many people who signed up for the program are still on it, and Heaslip said those who typically quit taking the prescriptions are without access to housing and additional support.

Heaslip, who works with the PHS Community Services Society, says several ideas are being discussed about how to make it easier for people to get and stay on their prescriptions, but she says it is essential that those who use drugs are involved in any decisions.

As for Keeler, he is still taking street drugs but said he always tests them first.

After speaking with CBC, he was on his way to a memorial for three people who had died of overdoses in Victoria.

WATCH | Keeler would prefer to have safe access to heroin than the government-approved alternatives: 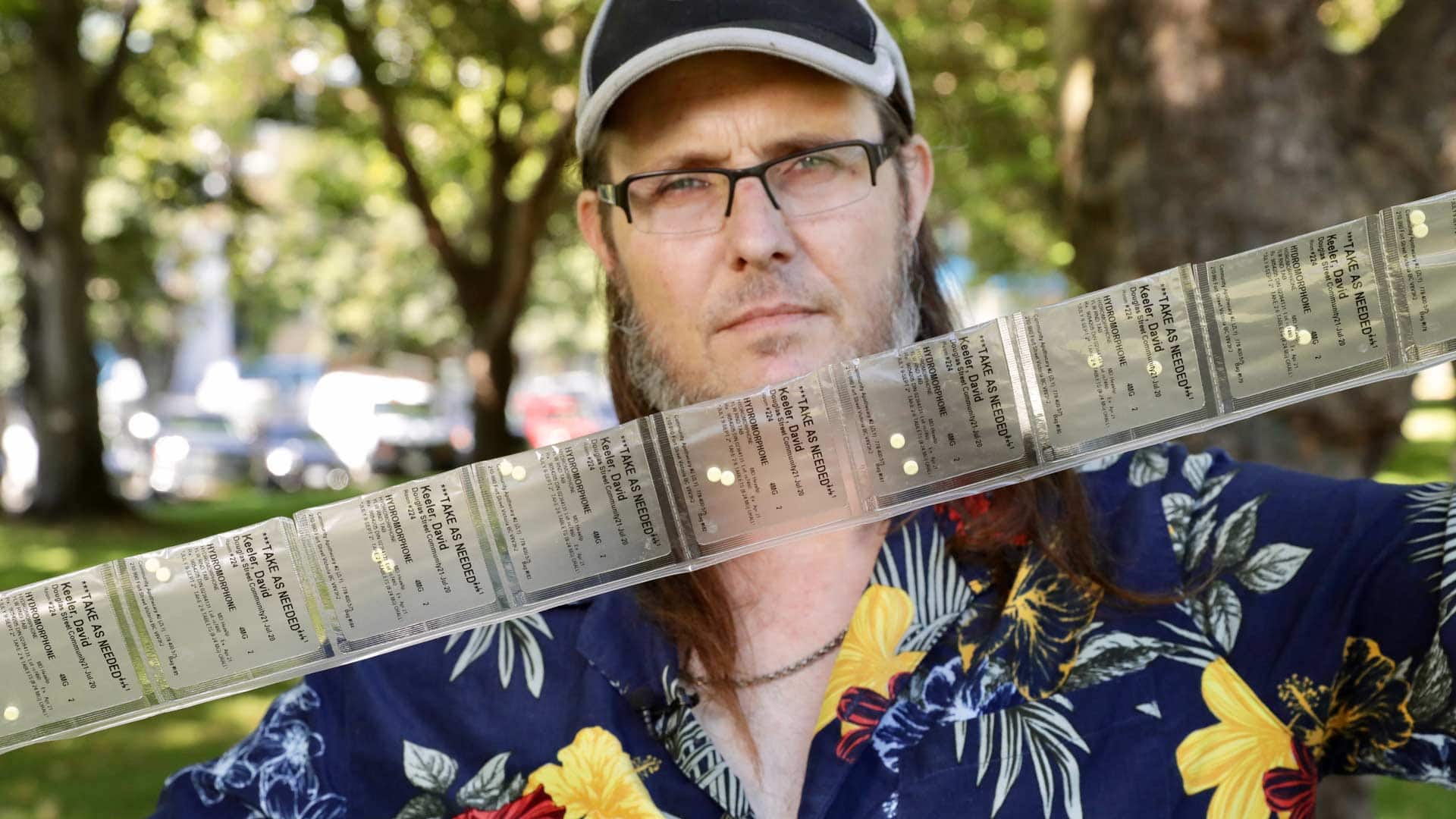 2 months ago
1:22
David Keeler explains why the legally prescribed opiates B.C is allowing doctors to prescribe to addicts as part of its safe-supply program are not strong enough to wean him off his street supply. 1:22