There is not enough evidence to justify a provincewide ban on the cosmetic use of pesticides but the regulations restricting their use should be tightened, according to a special committee of B.C. MLAs. 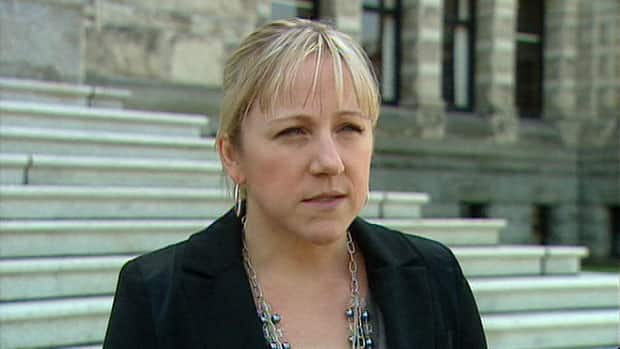 9 years ago
1:59
A B.C. government-led committee rejected a provincewide ban on cosmetic pesticides 1:59

There is not enough evidence to justify a provincewide ban on the cosmetic use of pesticides but the regulations restricting their use should be tightened, according to a special committee of B.C. MLAs.

"The majority of the committee does not think the scientific evidence, at this time, warrants an outright ban," explained Liberal MLA Bill Bennett, who chaired the committee made up of five Liberal MLAs and three NDP MLAs.

Bennett said cancer has hit his family hard, and if he thought a pesticide ban would save lives, he would have recommended one. And even though a majority of public responses to the committee supported a ban, "the evidence just doesn't support the banning of cosmetic pesticide in B.C."

The report by the Special Committee on Cosmetic Pesticides made 17 recommendations including:

[The committee noted that the term pesticides was being used generically and therefore includes herbicides.]

But the deputy chair of the committee, NDP environment critic Rob Fleming, said his party was not happy with the recommendation not to ban the use of cosmetic pesticides in B.C.

"New Democrats are profoundly disappointed in the outcome of this process," said Fleming.

"Instead of making good on the premier’s repeated promise to ban cosmetic pesticides, the Liberals have brought in minimal regulatory changes."

Fleming was referring to a statement by Premier Christy Clark last year that she supported a provincewide ban.

"I support banning the cosmetic use of pesticides," said Clark after NDP Opposition Leader Adrian Dix introduced a private member's bill last May to ban the sale, transfer or use of pesticides for cosmetic purposes that never became law.

The special committee was set up a month later to consult residents about a possible ban.

Several environmentalist groups and the B.C. Cancer Society have also been calling for province-wide ban, and Quebec, Ontario and many B.C. municipalities already have bans in place, Fleming noted.

"We had an unprecedented level of public interest and participation for a legislative committee, reflecting a widespread consensus among the public and scientific community that the cosmetic use of pesticides pose an unnecessary health risk to children, pets and our water supply," said Fleming.

"There are viable non-synthetic alternatives that are already available and the associated health risks of cosmetic pesticides warrants government action to reduce everyday exposure to toxins that are potentially harmful and easily misused."