Domino's Canada says it has terminated its contract with a North Vancouver franchisee after CBC reported allegations of death threats, exploitation, bullying and assault. 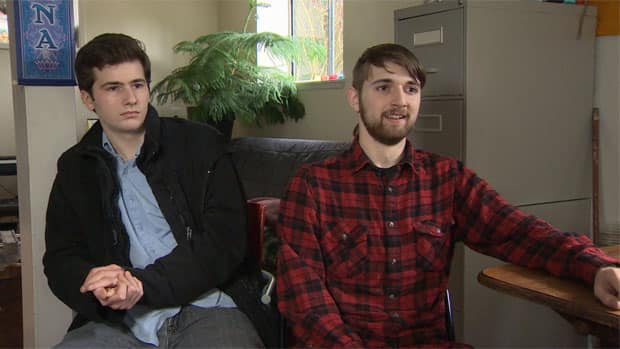 Domino's Canada has terminated its contract with a North Vancouver, B.C. franchise after two of its fired employees claim they were exploited by their bosses.

The decision to end their relationship comes after CBC News reported Blake Dearman and Dakota Gervais-Brulhart allege their former bosses stiffed them out of pay and assaulted them earlier this month. The two men say they have been afraid for their safety since then.

Gervais-Brulhart told CBC News that his bosses said they would "cut his [Dearman's] head off" and that "they're going to slit our throats and murder us."

The former employees have filed complaints with police and the Employment Standards Branch of B.C. While the police investigation continues, Jeff Kacmarek, vice-president of Domino's marketing and product development, told CBC News the company had cut ties last week with the operators because of "a number of violations."

But the operators of the pizza joint, brothers Farhad and Keyvan Iranmanesh, are contesting the termination and seeking a court injunction to keep their franchise.

In documents filed in B.C.'s Supreme Court, the owners said the allegations against them are false, claiming their business is being taken away over "unproven allegations" by two "rogue employees."

The Iranmaneshs claim in the documents that they "consistently issued [the employees] pay stubs and paid them on a regular bi-weekly basis."

They also claim they "complied with applicable employment standards" and "at no time did they [the owners] bully or assault these employees."

The brothers say Dearman and Gervais-Brulhart were fired for their work performance and being dishonest.

​In a legal response also filed at the B.C. Supreme Court, the company said the owners were given an opportunity to explain all the allegations of franchisee misconduct, and Iranmaneshs had conceded they "had failed ... to pay some employees on time, pay some employees overtime, and comply with British Columbia's employment standards legislation."

In a phone call Thursday, Kacmarek said the company is hoping this will all be over soon.

Once the court case is resolved, Kacmarek said Domino's first priority will be to compensate employees.

"We're dealing with employee issues ... We're going to make it right," he said.

"We're going to do everything we can to make sure they receive proper compensation."

The quick actions of Domino's head office was welcomed by the two former employees.

"It's good to see them actually doing something about it, not just saying 'Oh, it's not our problem,'" said Gervais-Brulhart.

"They're on a good track to righting the wrongs and I'll reserve my judgment until I see what the compensation is," said Dearman.

After CBC's reporting, the two former employees said they have received more of their back pay from the operators of the franchise. The two also said they suddenly received a pay stub in the mail from the owners a few days ago.

The Iranmaneshs are still operating the franchise until the court makes a ruling over the next few weeks. North Vancouver RCMP and prosecutors are still considering whether any criminal charges will be laid.

Bal Brach is an award-winning reporter at CBC News Vancouver. She has worked in television, radio and online news across Canada for more than 15 years. Bal's storytelling skills have earned her two Jack Webster Awards. She is also the recipient of regional and national Radio Television Digital News Association awards. Bal can be reached at Bal.Brach@cbc.ca or on social media @BalBrach