Police in B.C. are cracking down during the month of February on drivers' illegal use of cellphones and cite startling statistics about the danger involved. 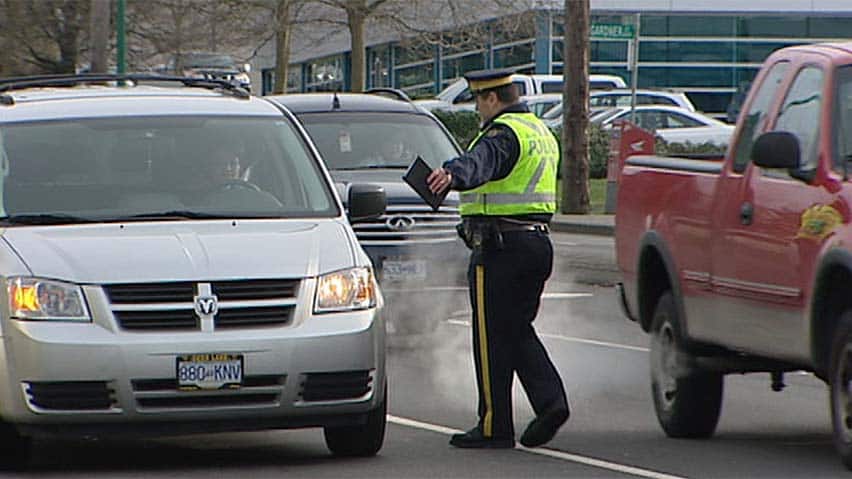 Police in B.C. are cracking down during the month of February on drivers’ illegal use of cellphones, citing statistics that say about one-third of traffic deaths and serious traffic injuries in B.C. involve distracted driving.

Figures from 2012 show that 30 per cent of deaths and 37 per cent of injuries in the province are caused by driving while talking on a cellphone or by some similar distraction, RCMP said in a release Monday.

In a ticketing campaign in February 2012, Mounties handed out more than 4,000 distracted driving tickets across the province.

"What we see a lot is people using their cellphone about chest-high as a speaker-phone rather than a hands-free device," McDonald said. "So we want people to be aware that a hands-free device is a device mounted onto a vehicle or [that’s] on your person with an earpiece, or something like that, and it’s activated by one touch only."

Rules came into place banning the use of hand-held devices in vehicles three years ago.

The basic fine for misuse of a cellphone or handheld electronic device is $167, police can more than double that if they find you’re driving erratically as a result.

McDonald said distracted driving can also involve eating while driving or even having a dog in your lap.

He said neither situation is automatically illegal, but police can issue a ticket if, when they "look at the whole picture," determine that it’s causing careless or dangerous driving.

With files from the CBC's Chad Pawson