A Victoria-based writer who lost most of her vision by the age of 12 due to cancer is hoping to put an end to stereotypes about people with disabilities, by fostering more understanding and demystifying disability through a new non-fiction book for teens.

The book shares stories of the lives of real people with physical, sensory or cognitive disabilities

A Victoria-based writer who lost most of her vision by the age of 12 due to cancer is hoping to put an end to stereotypes about people with disabilities, by fostering more understanding and demystifying disability through a new non-fiction book for teens.

"We are all so individual," Leavitt said on CBC's All Points West. "I could write about my disability but it would only really apply to me [and] you'd only be learning about my individual situation."

The book was released on Monday as part of the Orca Issues series that examines topics that are difficult to talk about, such as abortion and mental health, Leavitt said she was inspired to write the book to make a positive change in the world and allow others to see the barriers people like her face daily.

"I went to a Christmas wreath-making workshop with my guide dog and my close friend ... and when we got there, we were absolutely outright refused entry into the workshop ... [because] they didn't want a dog there," she said.

While writing the book, Leavitt said she learned a lot about people with cognitive conditions and has provided a section at the end of each chapter with a list of people who achieved great things, despite their disabilities.

"I was astounded to find out how many people made tremendous contributions to our society that I hadn't actually known had cognitive challenges," Leavitt said.

She said she was also shocked to realize that not too long ago, people with disabilities were often considered incapable of doing anything other than menial jobs.

"A few people rise above ... to achieve greater things, but for the majority of people, if you grow up thinking that is your future, you typically kind of accept it," she said.

She said the book is aimed at young people, but it's also great for adults who want to learn and understand more about people with disabilities.

LISTEN | Hannalora Leavitt talks about her new book on All Points West: 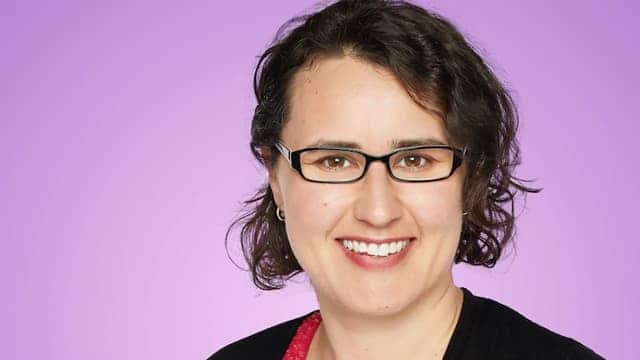