RCMP in B.C. are asking the public to help reconstruct the movements of a U.S. convict who may be responsible for the deaths of three or more women in the B.C. Interior during the early 1970s. 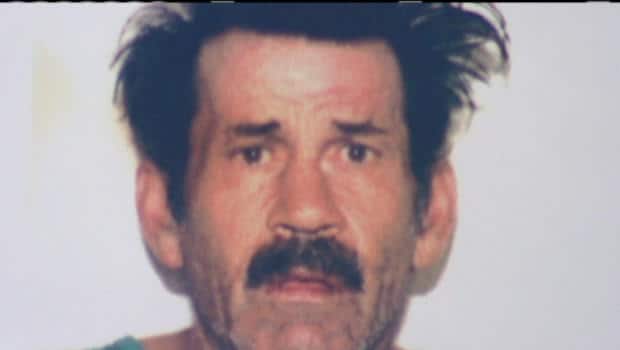 8 years agoVideo
4:34
RCMP say the DNA of American Bobby Jack Fowler, who died in prison, is linked to the 1974 death of teen Colleen MacMillen, and possibly even more murders 4:34

RCMP in B.C. are asking the public to help reconstruct the movements of a U.S. convict who may be responsible for the deaths of three or more women in the B.C. Interior during the early 1970s.

Police say the DNA of American convict Bobby Jack Fowler was found on the body of Colleen MacMillen, 16, who was last seen alive hitchhiking in 1974 along Highway 97 near Lac La Hache, B.C., south of Prince George, on her way to see friends. She was found dead off a logging road 46 kilometres south of where she was last seen.

Her death is one of 18 cases in B.C.'s so-called Highway of Tears slayings, a series of cases involving women who were murdered or went missing, many while hitchhiking along highways in the province's central Interior as far back as 1969.

Police say Fowler has been ruled out as a suspect in eight of the 18 cases but is a strong suspect in two other cases — the deaths of Gale Weys  and Pamela Darlington, both killed in 1973 — and remains a possible suspect in as many as 10 others.

RCMP say DNA from MacMillen's body was matched to Fowler in May 2012.

"Since we received confirmation of the DNA hit, investigators have been actively pursuing and following up on Fowler’s history and movements over the past four decades," said RCMP Insp. Gary Shinkaruk.

"We have met with the Federal Bureau of Investigations, contacted 31 U.S. law enforcement agencies and 11 state or correctional departments; have traveled to Washington State, Texas and Oregon, spoken to family, associates and former cellmates all in an effort to further the investigations."

Since then, police investigators have been working to establish a 40-year timeline of Fowler's movements, but are seeking more information about his time in B.C. from the public.

"Our challenge has been determining with certainty Fowler’s history here in British Columbia," Shinkaruk said.

"We believe there are people out there who employed Fowler, worked with him, socialized with him or even waited on him while he was in British Columbia. We are asking you to think back to the 70s, 80s and 90s and your own memories of that that time period, then have a look at his photos, and please call us with any information you may have about him."

Police say Fowler worked for Happy's Roofing, a Prince George roofing company that is now out of business, in 1974.

They describe Fowler as an itinerant traveller, sometimes charming and often violent, who took odd jobs, lived in hotels, drove cheap cars, picked up hitchhikers and hung out in small-town bars.

Fowler, who died in prison in 2006, is also a suspect in two double homicides of female teenagers in Lincoln County, Ore., in 1992 and 1995, the county’s district attorney said in a release late Monday.

Fowler was not a suspect at the time of his 1996 conviction in Lincoln County for kidnapping, assault and attempted rape.

Police say he did not have a criminal record in Canada, but had an extensive record involving sexual and violent assaults and weapons offences in several U.S. states.

MacMillen's brother Sean said the news is a welcome relief.

"It has been a long wait for answers and, although it is a somewhat unsatisfactory result because this individual will not have to stand trial for what he did, we are comforted by the fact that he was in prison when he died and that he can't hurt anyone else," he said.

"Colleen was a lovely, sweet, innocent 16-year-old kid and there are still no words in the world to express how terribly she was wronged. For those remaining families, whose daughters and sisters were also victims, we hope this means they may yet have their own answers."

Project E-PANA, the task force behind the investigations, is comprised of 18 cases involving 13 homicides and 5 missing women investigations.

The cases range in date from 1969 to 2006 and involve women and girls who were involved in activity like hitchhiking and were last seen or were found within 1.6 kilometres of three B.C. highways — Highway 16, also known as the Highway of Tears, as well as highways 97 and 5.

Other groups put the number of women missing or killed along the B.C. Interior routes as high as 43. Most were members of First Nation communities.

RCMP in B.C. say they do not believe a single serial killer is behind the 18 cases.

At the briefing in Surrey, B.C., on Tuesday morning, police also outlined the scope of the two-year E-PANA investigation.

Staff Sgt. Wayne Clary said investigators have identified 1,413 persons of interest over the years, but 90 per cent of them have been dismissed.

Clary said the investigations are 75 per cent complete, but no arrests have been made and no missing persons have been located. However, police have three or four strong suspects, he said.

Clary said police are open to the possibility that one person may be responsible for several murders, but have no evidence to support the theory.