Deadly history of vaccines highlights how important they are, says author

Vaccinations have been mired in controversy since their inception, but the anti-vax movement is misguided, says Meredith Wadman, the author of The Vaccine Race .

Vaccinations mired in controversy since their inception, but anti-vax movement misguided, author says

In the 1950s, one of the first polio vaccines to hit the market was administered to over 200,000 children in the mid-United States.

The infamous Cutter Incident is a moment in the history of science that many might like to forget. But according to Meredith Wadman, author of The Vaccine Race, it's these very stories that highlight how important it is to remember the devastating diseases that have haunted humanity — and how far we've come toward getting rid of them.

Wadman's book follows the long and controversial history of vaccinations in North America. She covers the race between scientists to produce vaccines for diseases such as rubella, as well as the troubling work that many researchers undertook following the Second World War.

"It was standard U.S. medical practice that vulnerable populations — generally institutionalized groups, be they dying cancer patients, premature babies, ... [or] orphans — were used as essentially human guinea pigs," she said. "This was done with the sign-off and the approval of the medical research establishment."

"It grew out of a World War 2 mentality — an-ends-justify-the-means mentality — when the aim was to get medicines and vaccines to soldiers at the front because civilization was at stake," she said. "But when the war ended, the mentality did not."

The bulk of children today receive vaccinations for polio, chickenpox, influenza, measles and more. The research and administration of vaccines is rigorous and largely acclaimed by scientists.

In fact, the effectiveness of vaccines is one of the most widely agreed upon areas of science.

Today, however, the controversy continues to loom. A growing body of 'anti-vaxxers' have publicly challenged the medical benefits of vaccines. Consequently, some research suggests that the movement has contributed to recent outbreaks of measles.

Wadman says anti-vaxxers are often disconnected from the cold, historic reality of widespread, crippling diseases like rubella and polio. 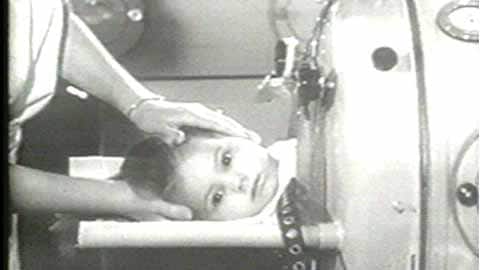 2 years ago
1:28
Polio has a particularly devastating impact on children. (no audio) 1:28

"We need to recover those stories to remind ourselves just how important it is to continue vaccinating our kids."

To listen to the full interview, click on the audio labelled: Deadly history of vaccines highlights how important they are, says author