Two-thirds of court-ordered family support payments in B.C. are in arrears, with over $538 million currently unpaid by parents commonly referred to as "deadbeats." 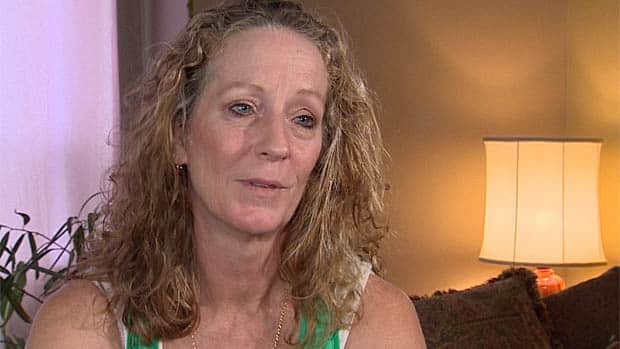 Liane Basaillon says she is owed thousands in child support

6 years agoVideo
2:45
Two-thirds of court-ordered family support payments are in arrears in B.C. This is one family's story, from both parents' sides. 2:45

Two-thirds of court-ordered family support payments in B.C. are in arrears, with over $538 million currently unpaid by parents commonly referred to as "deadbeats."

This huge amount of money owing by parents is just part of the $3.7 billion dollars of family support owed across Canada — most of it owed by men refusing to support their families following a breakup.

Liane Bisaillon is a single mom with two children aged 10 and 11. Their father is $109,000 behind in support payments which, Bisaillon says, adds a great deal of stress to daily life.

While she cleans houses full time, her kids, she says, have learned to go without extras.

"I really believe a lot of them are doing it just out of retaliation for the exes," she says. "They aren't even thinking of what it's doing to the children."

He says he failed to pay his full child support between 2009 and 2011 because he didn't have much work and his income was so low.

He admits he only started paying the full amount to avoid jail time, but says the payments have stopped again because his bank account has been frozen by the Canada Revenue Agency for convictions for failing to file income tax returns.

"Now they have chosen to freeze the bank account so I have access to no money, and neither does she."

'That's not really a "deadbeat" dad.'

Pressman insists he's not behind in child support, just spousal support, which he believes he shouldn't have to pay.

He insists there is a mistake in the original court order, and that he was not supposed to pay spousal support once his youngest child turned six, which was four years ago.

He says because he and Bisaillon could not afford a lawyer, the order did not reflect the agreement. He says he is trying to go back to court to get it fixed.

Officials in B.C. say about a quarter of the outstanding support payments would likely be forgiven if parents went back to court to explain why they can't pay.

"If they've got a court order they have a court order," says Chris Beresford, director of B.C. Maintenance Enforcement. "The order may be old. The order may need to be changed. Parents are very very reluctant to go back to court to change court orders."

The B.C. Family Maintenance program can deny a driver's licence or a passport to dads like Pressman who don't pay. B.C. does not post their photos online, as is done in Ontario and Alberta, but the province will seize assets and wages.

"If all of those measures fail. We can take the matter back to court and B.C. courts take child support very, very seriously," says Beresford.

Still, the province has just one enforcement officer for every 725 cases.

"[That is] not enough people to chase all those files and all that money," says Rollie Thompson, a law professor from Dalhousie University. "We just have an underfunded maintenance enforcement scheme, and you start with a system that's squeezed, and squeeze it harder."