Two dating websites - including Vancouver-based Plenty of Fish - are being sued by the parents of a dead U.S. soldier who say his picture was used years after his death without permission.

Dating websites Plenty of Fish and True.com are named in lawsuit 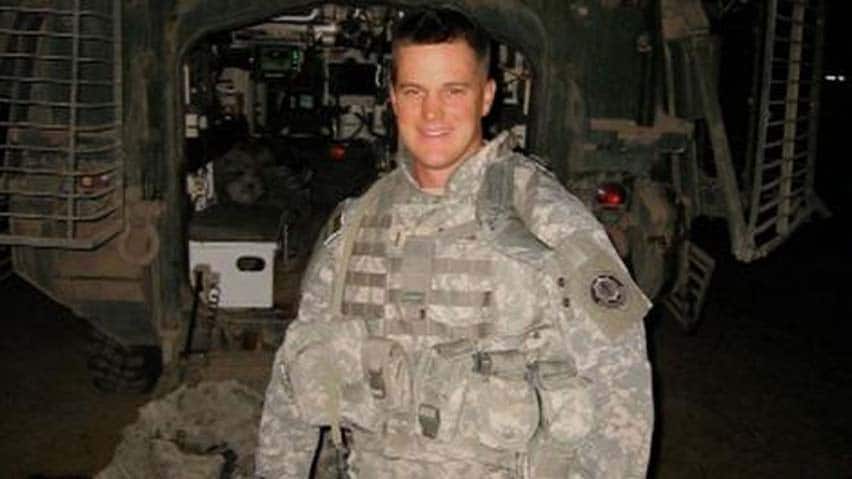 A popular B.C.-based dating website is one of two companies being sued by the parents of a dead U.S. soldier, who allege their son's photograph was used on online personal ads four years after he was killed in Iraq.

The parents of U.S. army Lt. Peter Burks are suing Plenty of Fish [POF.com], which is based in Vancouver, and True.com, based in Dallas.

The parents' lawsuit, filed Monday in Dallas, alleges photos of their son, who was killed in Iraq in 2007, were used without their permission. The parents are seeking compensatory and punitive damages.

The lawsuit alleges a photo of Burks in uniform appeared on an ad for True.com, which was displayed on Plenty of Fish. One ad proclaimed, "Military Man Searching for Love."

Alan Burks said the photo was taken days before his 26-year-old son was killed in Baghdad in late 2007 and is on the website of the family's Unsung Hero Fund, which provides supplies to troops in war zones as a tribute to Peter Burks.

In December, a friend recognized Peter Burks in an ad on Plenty of Fish, clicked on it and was directed to True.com, Alan Burks said. He said his son was engaged at the time of his death, so the idea that he was trying to meet women online as the ad portrays "couldn't be more wrong."

"I felt horrified, disgusted," Alan Burks, who lives in Dallas, told The Associated Press on Monday. "It upset me."

Plenty of Fish Media spokesman Paul Bloudoff said the company didn't advertise online in the U.S. in December. He said hundreds of thousands of third parties advertise via his company's site every month, and that it cannot control nor know about the content of those ads.

Even so, the ad has been blocked from the company's network, he said.

"We dealt with this matter a month ago," Bloudoff said in an email. "In our opinion, this case should not have been filed."

True.com president Ruben Buell says his company did not create or place the ad.

"We will be trying to figure out who created this ad and how it got there — not just how they pulled us into it, but who it was that did that so the family can have some peace in the matter."

He said the company, whose official business name is True Beginnings LLC, buys ads that run on other dating websites but does not know what happened in this situation.

"I certainly feel for his family," Buell said Monday.

Plenty of Fish Media did not say how long the ads — including one with Peter Burks' photo that said "Soldiers Want You!" — ran or how his photo was obtained, said Rogge Dunn, the attorney who filed the suit.

In addition to emotional suffering, his parents have also suffered financial damages because, since his death, they have legal control over his image and never authorized any photos to be used to endorse these sites, Dunn said.

Alan Burks said he plans to donate any money awarded in the suit to military charities.

"For me, this is making sure that the honour and legacy of Peter is protected," he said.

"But also it concerns me that they would use the likeness of a live soldier or someone else."