A branch of Creep Catchers and the related group Creep Busters are once again under fire — accused of teaming up to wrongly target and publicly humiliate a developmentally-delayed man.

'I think it's absolutely reprehensible that this kind of thing can happen,' B.C. solicitor general says

The Burnaby man doesn't just look young. His father says he has attention deficit hyperactivity disorder (ADHD) that's left him developmentally delayed and mentally challenged, with a pre-teen's understanding of the world.

His family is now speaking up, saying Jacoe was humiliated and lost a job he loved after being caught up in a sting orchestrated by online groups aiming to catch sexual predators.

In late February, Jacoe decided he wanted his first girlfriend. A buddy recommended he use a dating app.

Almost immediately, Jacoe was approached online by a woman going by the name Ashley. Her posted age was 19.

"She messaged me first, saying I was cute and I want to ask you out on date," recalls Jacoe. "And I responded back saying 'Thank you.'"

But Ashley had a surprise. A short time later she revealed she was actually 14.

Jacoe said that was OK. 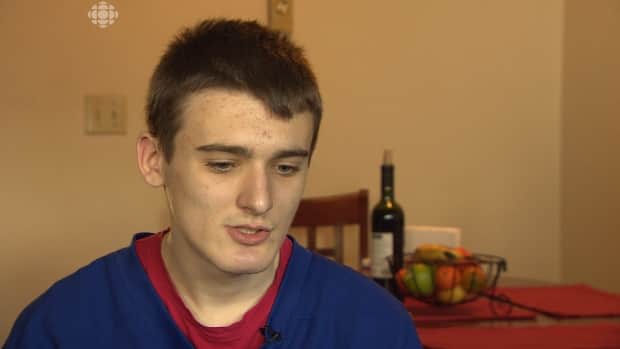 Jaxson Jacoe: 'She messaged me first'

4 years agoVideo
0:41
Jaxson Jacoe explains the sequence of events leading up to his confrontation with creep catchers. 0:41

CBC News hasn't seen the exchanges, but Jacoe says "I thought I was doing the right thing in making a friend," he says, smiling.

But his smile fades as he recalls how Ashley asked him where he worked.

He wishes he'd never told her he was a part-time scorekeeper at the Planet Ice arena in Coquitlam, B.C.

His eyes tear-up as he remembers what happened next.

On Feb. 20, Jacoe was ambushed outside his workplace. The confrontation was caught on camera by two men who had posed as Ashley online.

"They were harassing me, they were bullying me", he says, his voice shaking.

"They just approached me and started videotaping me and I had no idea what was going on."

In the video, one man identifies himself as a member of the White Rock Creep Catchers.

The other says he's Cody Hunter of the Langley Creep Busters. 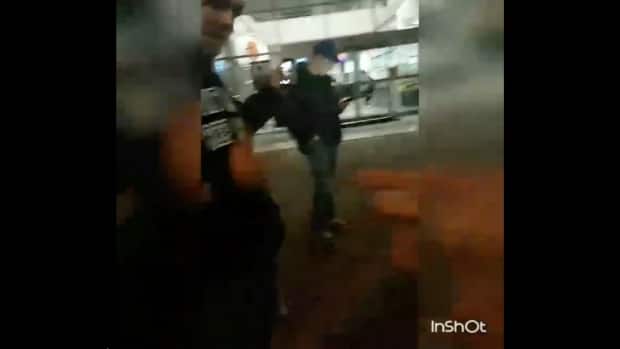 "You want to explain to the world, who by the way is going to see this, why you would consider a 14-year-old girl and bring her to your work of all places?" asks Hunter. "You don't see anything wrong with that, do you?"

It's apparent Jacoe is confused.

"Oh no, but that's not the fact, it's not that it was a guy, it was a 14-year-old child, you wanted to make her your girlfriend, right?" asks Hunter.

'Take me to your manager'

"Can you take me to your manager right now? Because we're going to them whether you take us or not."

The Creep Catcher chimes in, saying: "You work in a place full of little girls and children. It's children, man. You're preying on them."

Creep Catchers and similar groups have been under fire before, including a case in Surrey, B.C., in which an RCMP officer was wrongly identified after an ambush.

Unlike most similar films, in which the accused usually bolt when confronted by the online vigilantes, Jacoe stands motionless.

The Creep Buster and Creep Catcher ask if Jacoe has a problem.

"Are you like, not all up there?" asks one. "Do you need somebody to talk to? Therapy?"

Still, the vigilantes press on.

They go inside Planet Ice with Jacoe following.

"This is your work … why don't we let them all know what happened?" says Hunter.

The confrontation goes on for five-and-a-half minutes, only ending shortly after Jacoe makes a promise.

"I'm not going to talk to any girls ever again," he says.

The Creep Catcher and Creep Buster didn't meet with Jacoe's bosses that night, but followed-up with management the next day.

A few hours later, Jacoe says he was told he was fired.

Interviewed by CBC News a week later, the young man is still shattered.

"Planet Ice was my home," he says, fighting back tears.

The video of the confrontation has been posted to the Langley Creep Buster's Facebook page.

Most of the comments congratulate the posters.

"Did he pee his pants?" asks one supporter. 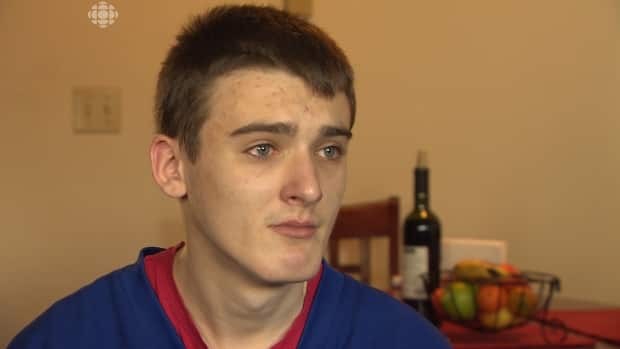 Jaxson Jacoe: "I was embarrassed."

4 years agoVideo
0:58
Jaxson Jacoe tries to describe how he felt when being challenged by creep catchers. 0:58

CBC News wanted to talk to the men who confronted Jacoe, identified as Douglas Perry of White Rock Creep Catchers and Cody Hunter of Langley Creep Busters on their Facebook pages.

They declined an on-camera interview.

Hunter, however, provided this explanation over Facebook messaging: "We did not see anything mentally wrong with Jax(s)on on the catch or in the chats … he knew what he was doing was wrong."

"I'm appalled. I think it's absolutely reprehensible that this kind of thing can happen," said Morris.

He called the ambush "vigilantism" and indicated that he's awaiting the outcome of a privacy complaint from another person "outed" by Surrey Creep Catchers.

"The privacy commissioner is looking into a complaint right now, and I'm curious to see what the outcome of that investigation is going to look like."

Jacoe's father, Pat Jacoe, is now joining that complaint, contacting the office of the Information and Privacy Commissioner.

"In the past, I've actually been…pro-vigilante," says the 46-year-old concrete delivery driver. "I actually liked the idea of people standing up for others. Now I can see how much harm it does. It's really that simple."

He says his family has been devastated by the actions of the vigilantes.

"If they take out one real predator while damaging five other people's entire lives…it's not worth it. It's just not."

'Planet Ice was his whole life'

Coquitlam RCMP say if there were concerns, there was no evidence presented to them. Police also said they don't condone vigilante activity and they don't release people's names until they are charged.

Pat Jacoe is also incensed Planet Ice, where he's played hockey for 21 years, was so quick to cut ties with his son over "unsubstantiated allegations."

"They took the easy way out. Now they can just say 'Jaxson didn't work here anymore … Planet Ice was his whole life, and they took it away from him in a blink of an eye."

Contacted by CBC News regarding the termination, Planet Ice Coquitlam general manager Dave Van Straten replied: "We have no comment."

Pat Jacoe wants his son reinstated, and for the Creep Buster's video to be pulled down.

Otherwise, he's considering legal action if he can raise the funds.

In the meantime, Jacoe says he will monitor his son's online activities from now on to make sure his son doesn't inadvertently get into trouble, or get duped again.

Jacoe says that might not be a problem, since his first attempt to have a girlfriend was so traumatic.

"I have no idea how it's gonna affect me meeting girls," he says. "[It was] really scary."

With files from Manjula Dufresne