No evidence yet of transmission after COVID-19 variants of concern found in 7 B.C. schools

A faster-spreading COVID-19 variant first reported in the U.K. has been detected in positive cases at seven schools in B.C. Six of the schools are in the Surrey School District, while one more is in nearby Delta.

In response to news that a faster-spreading COVID-19 variant first reported in the U.K. has been detected in positive cases at seven schools in B.C., health officials say they have ramped up test screenings and an increase in cases is to be expected.

During a snap news conference called on Monday afternoon, Deputy Provincial Health Officer Dr. Reka Gustafson said B.C. is now screening 70 per cent of of test samples for variants of concern, up from about 15 per cent in January.

"Sometimes when we change our screening strategies we can have an increase in detections," Gustafson told reporters.

Over the weekend, British Columbians learned that the variant first identified in the U.K. had been confirmed in six Surrey schools and one in Delta.

Education Minister Jennifer Whiteside said Monday that testing is now underway to determine if the variants have spread through those schools. She said 35 teachers were tested on Sunday, and those tests all came back negative.

"Cases in schools mirror what is happening in our communities. So it was always a possibility that we would see variant exposures in schools," Whiteside said. 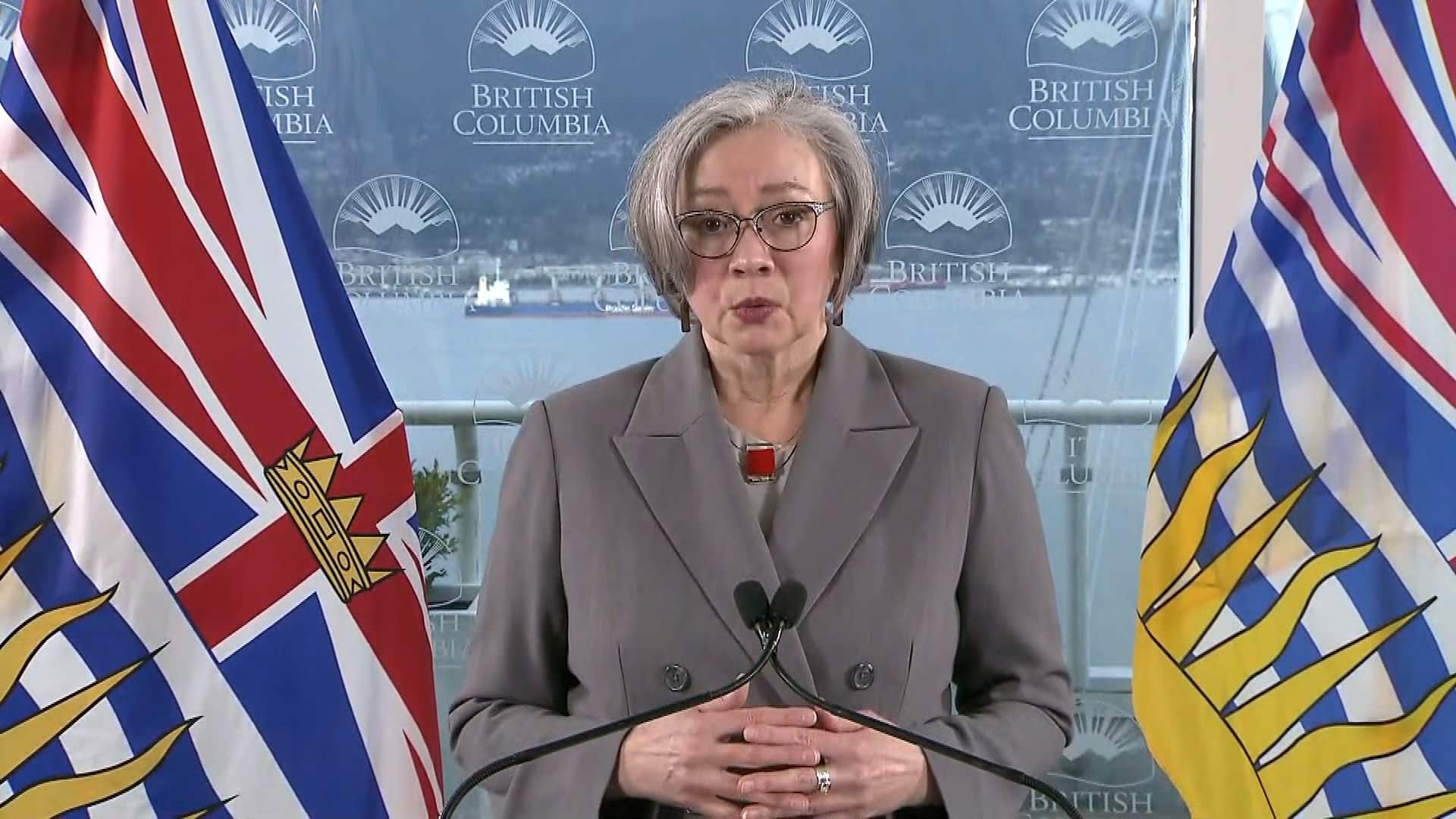 B.C. health officials say no evidence of transmission after variants of concern found in 7 schools

"As we learned from the first case of a variant in our schools at Garibaldi school [in Maple Ridge] a few weeks ago there was one case identified but zero transmissions after testing and what that says to us is that our health and safety protocols are working when they're adhered to."

Fraser Health has said it is working closely with the school districts to manage the exposures.

Teri Mooring of the B.C. Teachers Federation said Monday that the detection of these variants in schools suggests public health officials need to expand guidelines on masks to include elementary students. However, Gustafson said she did not think a change in the mask policy is necessary.

The school in Delta is Hellings Elementary School.

A statement from the Surrey School District to parents says the strain detected at two of the schools was connected to positive cases dating back to Jan. 26, because testing for the variants takes longer than the standard COVID-19 test.

With files from Michelle Ghoussoub and The Canadian Press