COVID-19 claims 4 more lives in B.C., as 366 new cases confirmed over the weekend

Her daily briefing covered three days since the latest update on Friday, a period that saw 366 new cases of the disease caused by the novel coronavirus confirmed and four more deaths recorded.

In light of a continuing spike in new cases, Henry once again urged British Columbians to stick to a social bubble of six people for any gatherings. She stressed that indoor gatherings are always more risky than outdoor ones.

"It has been a long haul and we have a ways to go in this storm," she said.

As of Monday, there are 60 patients in hospital being treated for the disease, including 21 who are in intensive care.

A total of 3,233 people are now being monitored by public health officials because of possible exposure to the virus and 5,972 have recovered from their illness.

Monday's update included one new outbreak in long-term care at Yaletown House in Vancouver. There are currently 15 active outbreaks in the health-care system.

Henry addressed news from Quebec, where officials say the province has officially entered a second wave of infection. Henry acknowledged that there has been a surge in cases in B.C., but she's not quite ready to call it a full wave.

"I think I've called it a mogul before but maybe a smaller wave," Henry said.

She said that about 80 per cent of new confirmed cases are currently connected to other known cases or outbreaks, B.C. health officials are able to follow up on each new infection within a reasonable amount of time and the province still has enough resources and hospital space to deal with outbreaks as they arise, she said. 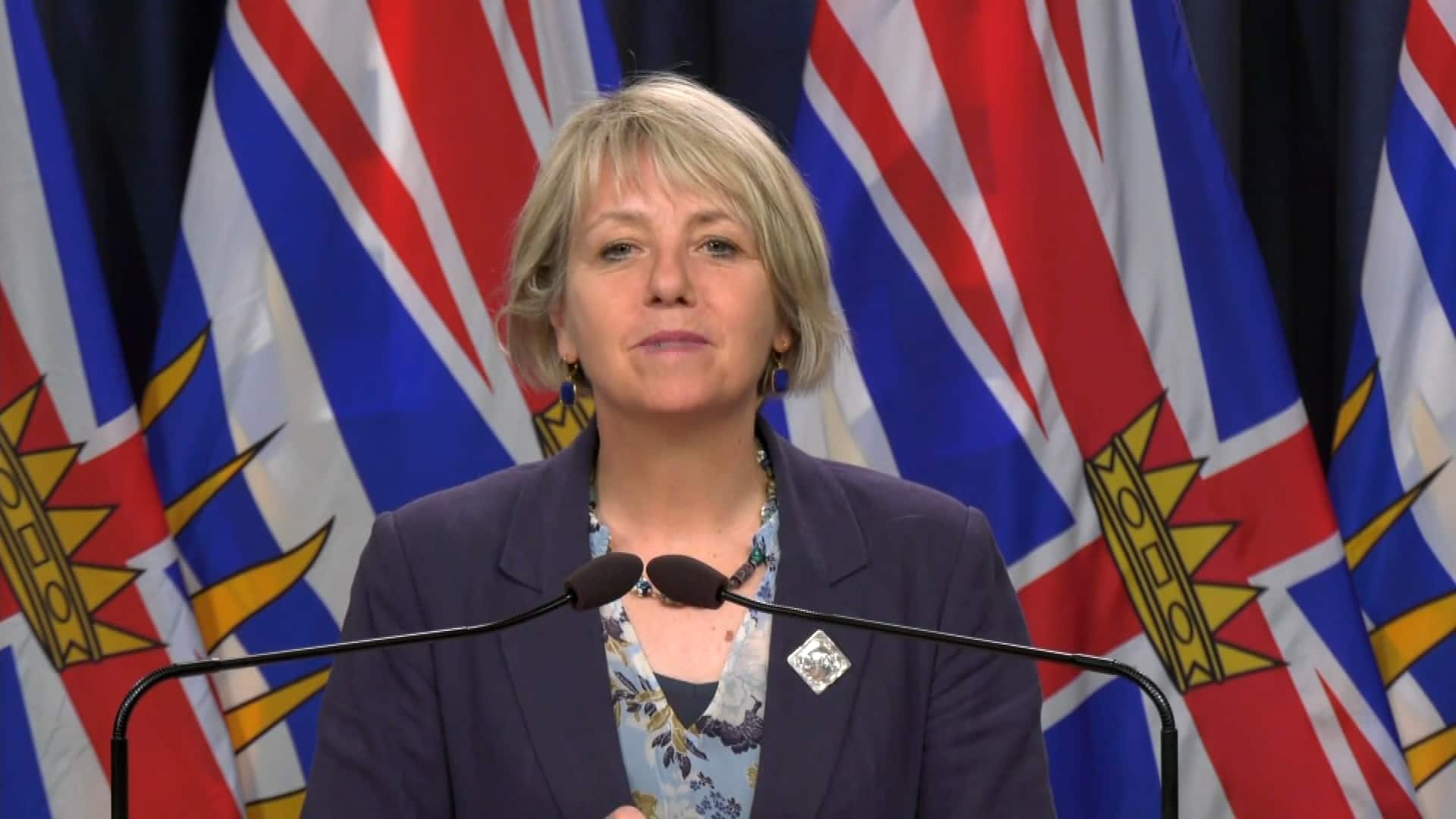 1 month ago
0:51
Dr. Bonnie Henry says she will continue to do briefings and issue public health orders when necessary, even as British Columbians prepare to vote in a provincial election on Oct. 24. 0:51

The latest numbers come as British Columbians prepare for the reality of a provincial election during a pandemic. Earlier Monday, NDP Leader John Horgan called a snap election for Oct. 24, arguing that delaying the vote until 2021 risks "instability" in the government's pandemic response.

Horgan insists that management of the COVID-19 response will remain stable throughout the campaign, with deputy premier Carole James taking the government's reins and public health officers remaining in their current roles.

Henry said Monday that she will be meeting with James and Health Minister Adrian Dix daily throughout the campaign, but Dix will no longer appear with her at COVID-19 briefings.

"The B.C. COVID-19 response will continue uninterrupted, and it is, of course, my priority," she said.

She added that she has worked with Elections BC to ensure that the vote will be conducted safely, but "Premier Horgan did not ask for my advice on calling an election."