COVID-19 claims 4 more lives in B.C., as 358 new cases confirmed over the weekend

Four more deaths from COVID-19 were reported in B.C. this weekend and another 358 new cases have been confirmed, Provincial Health Officer Dr. Bonnie Henry announced Monday.

Dr. Bonnie Henry says B.C. is starting to flatten the curve of infection once again

Four more deaths from COVID-19 were reported in B.C. over the weekend and another 358 new cases have been confirmed, Provincial Health Officer Dr. Bonnie Henry announced Monday.

The update includes three days of data. There are now 1,353 active cases of novel coronavirus infection, with 66 people in hospital, including 16 in intensive care.

To date, 9,739 people have had confirmed cases of COVID-19 in B.C., including 242 people who have died. As of Monday, 3,010 people are under active monitoring by public health workers because of potential exposure to the virus.

There are 16 active outbreaks in long-term care, as well as three in acute care units of hospitals, including Delta Hospital, where seven people have died.

Henry presented new modelling on the pandemic's effect on B.C. during Monday's briefing. It shows that even though the number of new cases reported every day continues to be high, the rate of growth for the active caseload has begun to drop again.

"We are flattening our curve. It's the work of all of us as individuals and communities that is making this difference," she said.

The average number of new infections per COVID-19 case has now dropped below one, while the average person is now having about 45 per cent of their normal close contacts. Henry said it's important to make sure that pattern continues, especially with Thanksgiving coming up this weekend.

"This year I encourage everybody to be large in thanks, large in gratitude, but small in size," she said.

Henry said people celebrating the holiday should not travel to do so, serve individual plates of food rather than a buffet-style meal and dine outside if possible. 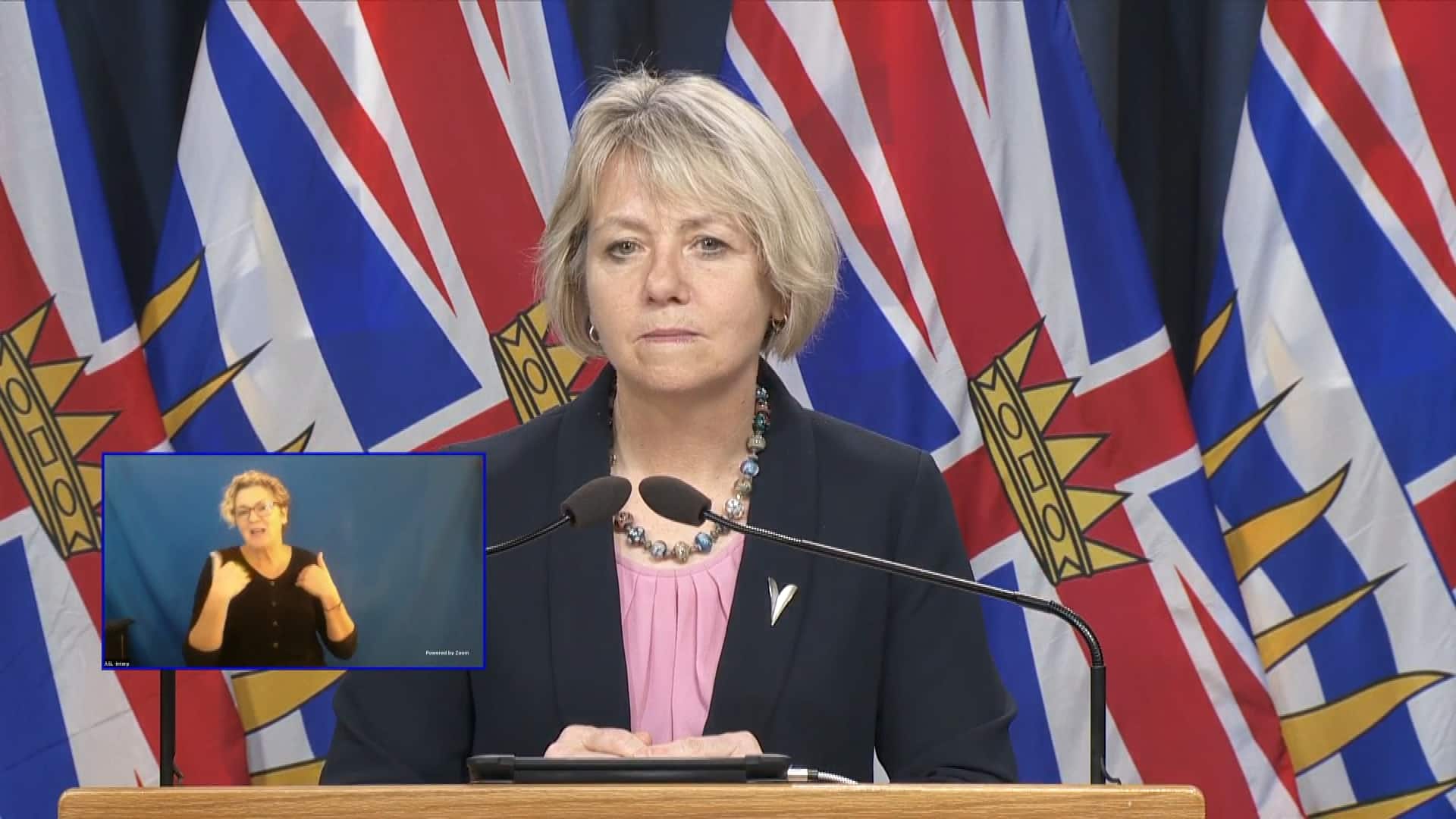 How to host a safe Thanksgiving celebration

2 months agoVideo
1:21
Dr. Bonnie Henry says Thanksgiving should be large in gratitude this year, but small in size. 1:21

Meanwhile, B.C.'s testing capacity continues to ramp up dramatically. There were about 33,000 tests performed over the last three days, of which just 1.03 per cent were positive.

Between last week and the week before, the total number of COVID-19 tests jumped by 15 per cent.

Schools getting the grade

The latest data shows that people between the ages of 20 and 39 continue to make up the majority of new confirmed cases.

It also includes the latest information on how the return to class has affected transmission of the disease. As of Oct. 1, there had been 50 exposure events in B.C. schools — mostly in the Lower Mainland.

Children currently account for less than 10 per cent of new cases, a percentage that has remained relatively steady throughout the pandemic.

Testing rates for children and youth have increased dramatically, with most school-aged children who are tested receiving the newly approved spit and gargle test. Just 0.7 per cent of tests for children are coming back positive.

with files from Roshini Nair