There are currently 1,371 active cases of COVID-19 infection in the province

It's the highest number of new cases since the province set a record last Thursday with 165 new cases in a single day.

The disease has now claimed a total of 229 lives in B.C.

There are 1,371 active cases of infection in the province, public health is following up on 3,417 people currently in isolation and 6,917 people who tested positive have recovered.

Sixty-one people are in hospital as of Thursday, including 20 in intensive care.

There has been one new health-care facility outbreak at Banfield Pavilion in the Vancouver General Hospital. Fraser Health also reported a staff member at Peace Portal Seniors Village, a long term care facility in Surrey, tested positive for COVID-19.

Henry noted that there had been no school outbreaks so far, but there have been approximately 30 school exposures.

Exposure events occur when someone with a positive case may have come into contact with a person inside the school. An outbreak is when there is at least one identified positive case within the school itself.

"That is not surprising to me, we have over 2,000 schools across the province," said Henry. "Public health is there for every single school and we will continue to be there."

Henry clarified some confusion around school notices, explaining that schools send out notices for a variety of different concerns, but public health will send out a notice of their own when they are involved.

"The public health notices we've been sending out are the same across the province," she said.

"It's a powerful free tool that's easy to use and protects your privacy," Trudeau said, using the example of a teacher who tested positive after the app warned her she'd been exposed.

The app isn't available in British Columbia yet, but Dr. Henry said the federal government is working with individual provinces sequentially and B.C. is on their list.

"I'm not exactly sure when, but I know we are on the to-do list for some time in the coming weeks." Henry said, noting the app would act as a supplement to existing contact tracing measures.

Dr. Bonnie Henry talks about death threats against her, saying there's been "much more positive feedback" than criticism: 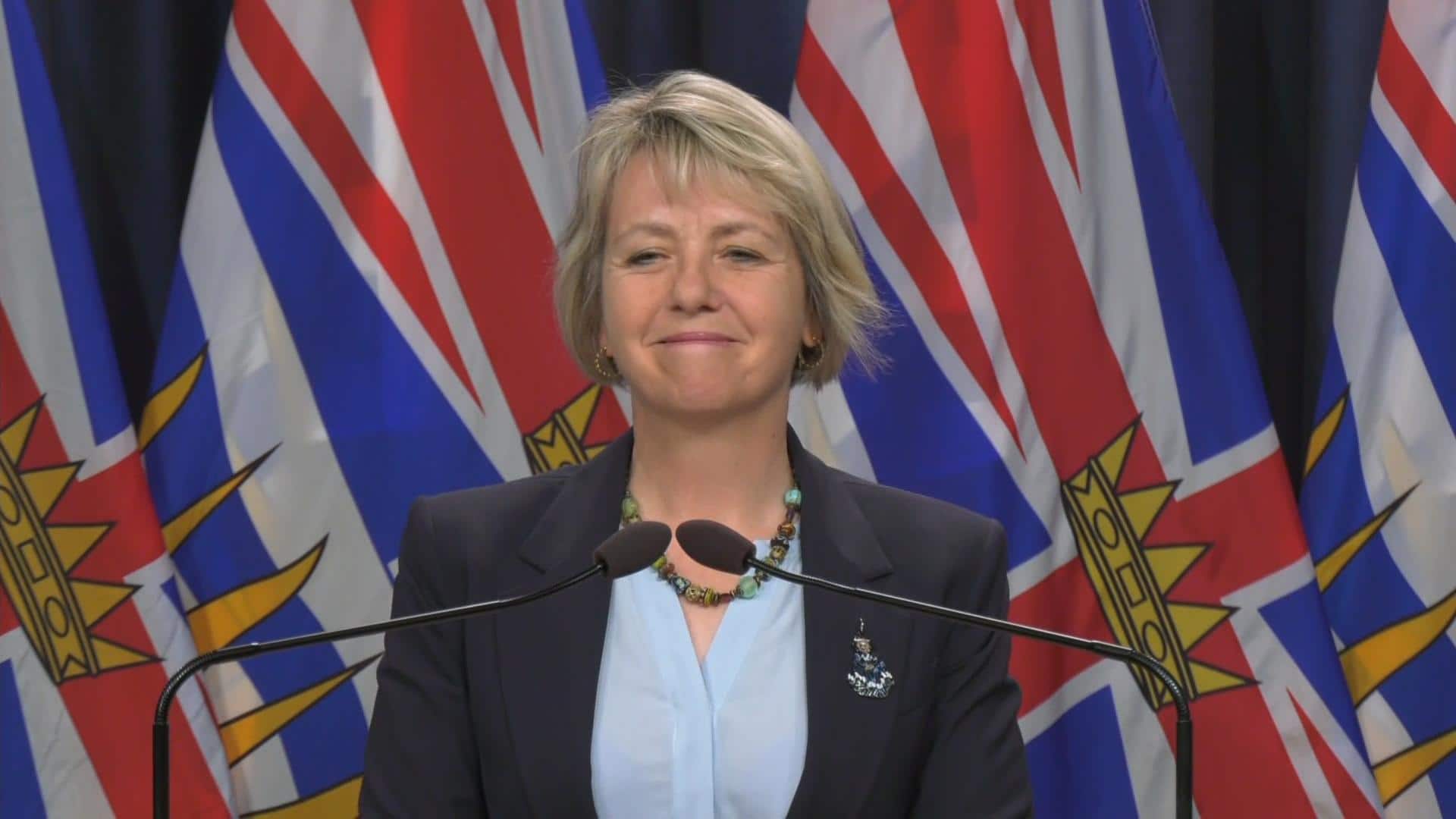 Dr. Bonnie Henry responds to peoples' concern over death threats made against her

5 months ago
1:01
B.C.'s provincial health officer says people may lash out in anger and frustration, but she has been getting "much more positive feedback on a daily basis." 1:01

Henry also referenced her comments at the Union of B.C. Municipalities earlier this week where she said she had received death threats during the COVID-19 pandemic.

"It has been a challenge," she said, adding when people are anxious and afraid, they may lash out in anger and frustration.

"There's been much more positive feedback that I've been getting on a daily basis ...  I do appreciate all of the notes and good wishes."