The B.C. Court of Appeal has upheld a landmark B.C. Supreme Court judgment affirming the Tsilhqot'in Nation's aboriginal rights — but not title — over a vast tract of the B.C. Interior.

Ruling does allow for site-specific title claims to be pursued 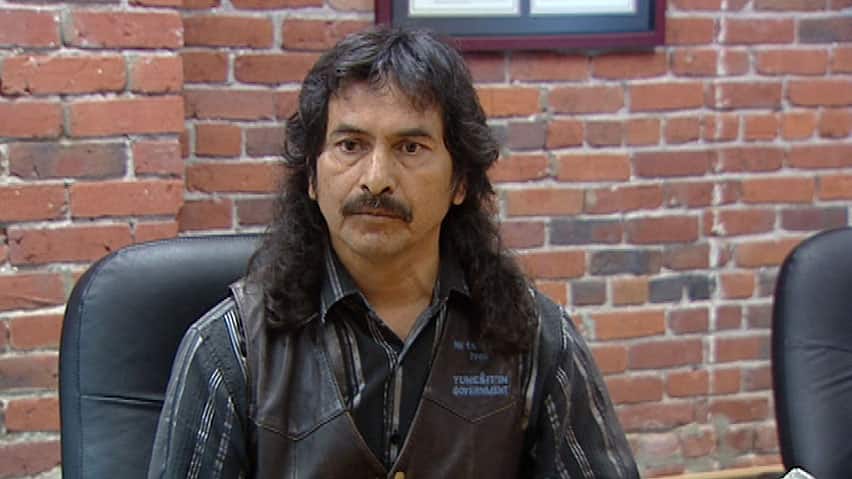 9 years ago
2:05
B.C. appeal court rules the Tsilhqot'in people have hunting rights, but not land title 2:05

The B.C. Court of Appeal has upheld a landmark B.C. Supreme Court judgment affirming the Tsilhqot'in Nation's aboriginal rights — but not title — over a vast tract of the B.C. Interior.

In a decision on William v. British Columbia released Wednesday, B.C.'s highest court said Justice David Vickers was correct in finding members of the Tsilhquot'in Nation had hunting and trapping rights within a 4,380 square kilometre of traditional territory.

The appeal judges agreed with Vickers' finding that the Crown had infringed on those rights with its management of forestry in the claim area, which lies to the south and west of Williams Lake and Alexis Creek.

But while the appeal court upheld Vickers' original findings, they disagreed with the logic of his ruling, in which he accepted a theory of traditional occupation of the land as opposed to claims on site-specific tracts of land.

"Aboriginal title must be proven on a site-specific basis," Justice Harvey Groberman wrote for the appeal court.

"A title site may be defined by a particular occupancy of the land (e.g., village sites, enclosed or cultivated fields) or on the basis that definite tracts of land were the subject of intensive use (specific hunting, fishing, gathering, or spiritual sites). In all cases, however, aboriginal title can only be proven over a definite tract of land, the boundaries of which are reasonably capable of definition," he wrote.

The two other justices concurred with Groberman.

In his original ruling, Vickers offered a non-binding opinion that Tsilhqot'in aboriginal title did exist for about 200,000 hectares inside and outside the claim area. But the appeal court found that aboriginal title to the land — as opposed to rights — had not been established.

"The connection of the Tsilhqot’in Nation to its traditional territory has both spiritual and temporal aspects that are difficult to convey in the dry words of a judgment. This deep connection must, however, remain foremost in the court’s mind in considering issues of aboriginal title and aboriginal rights," Groberman wrote.

"I am not convinced that the relationship of the Tsilhqot’in people to the land requires recognition of title on a territorial basis; it does, however, require the court to affirm the existence of aboriginal rights that respect the Tsilhqot’in perspective on its own culture and values. The recognition of such rights will serve to prevent incompatible uses of the land."

The appeal court ruling will allow the Tsilhqot'in Nation to pursue title claims to specific sites.