Outgoing Surrey Mayor Dianne Watts has thrown her support behind Councillor Linda Hepner as the new mayoral candidate for the Surrey First Coalition, in a race which is shaping up to be the closest the city has seen in years. 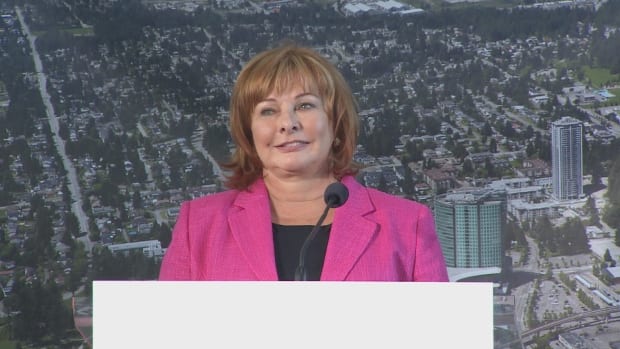 Surrey's mayoral race is on

Outgoing Surrey Mayor Dianne Watts has thrown her support behind Councillor Linda Hepner as the new mayoral candidate for the Surrey First coalition, in a race which is shaping up to be the closest the city has seen in years.

For nearly a decade Watts has been the face of municipal politics in B.C.'s second largest city, but this spring she declared she would not be seeking re-election.

Even though Hepner lacks name recognition, Watts doesn't think that will be a problem.

"I didn't have name recognition either when I was elected in 2005,” said Watts. “I think that will come with time."

Also, although Watts cruised to victory in the last election with 80 per cent of the vote, she and her party have received criticism over several issues in the last three years.

One of these issues is the fact that Surrey had 25 murders in 2013; the community was outraged when hockey mom Julie Paskall was killed outside the Newton Arena in December.

"Our team is committed to making this a safe community," says Hepner.

The party has also come under fire for the new $100 million city hall building.

One more challenge standing in Hepner's way is independent Councillor Barinder Rasode, who also has her eye on the mayor's chair.

"I think gone are the days when you stand in front of a podium and let people know you've chosen to represent them,” said Rasode. “Now is the time for residents to say this is who we choose to represent us."

Rasode says she will focus on in her campaign, public safety, transparency and spending.

With files from Jesse Johnston