Health officials 'confident' first case of coronavirus has been found in B.C.

Provincial health officer Dr. Bonnie Henry said Tuesday a man in his 40s who regularly travels to China has tested positive for the virus. The case is officially considered "presumptive" until Winnipeg's National Microbiology Lab confirms the results from B.C.

Health officials are "confident" the first case of novel coronavirus has been found in B.C., though the province's senior official emphasized the province has been well-prepared and the risk to the general public remains low.

Provincial health officer Dr. Bonnie Henry said Tuesday a man in his 40s tested positive for the virus late Monday. The man regularly travels to China for work, lives in the Vancouver Coastal Health region and is now recovering at home in isolation, Henry said.

The case is officially considered "presumptive" until Winnipeg's National Microbiology Lab confirms the results from the B.C. Centre for Disease Control (BCCDC). That process can take up to 48 hours, but Henry said officials on the West Coast are certain about the case, given the man's travel history and his symptoms.

"We are confident that this is truly a case of this novel coronavirus," Henry said during a news conference Tuesday morning.

Coronavirus, a flu-like virus, broke out in the central Chinese city of Wuhan last month. It has killed 106 people and infected more than 4,500 others.

Got questions about the novel coronavirus?

CBC Vancouver hosted a Q&A with Dr. Michael Curry, an emergency room doctor at Delta Hospital, and Steven Taylor, author of  The Psychology of Pandemics: Preparing for the next global outbreak of infectious disease. 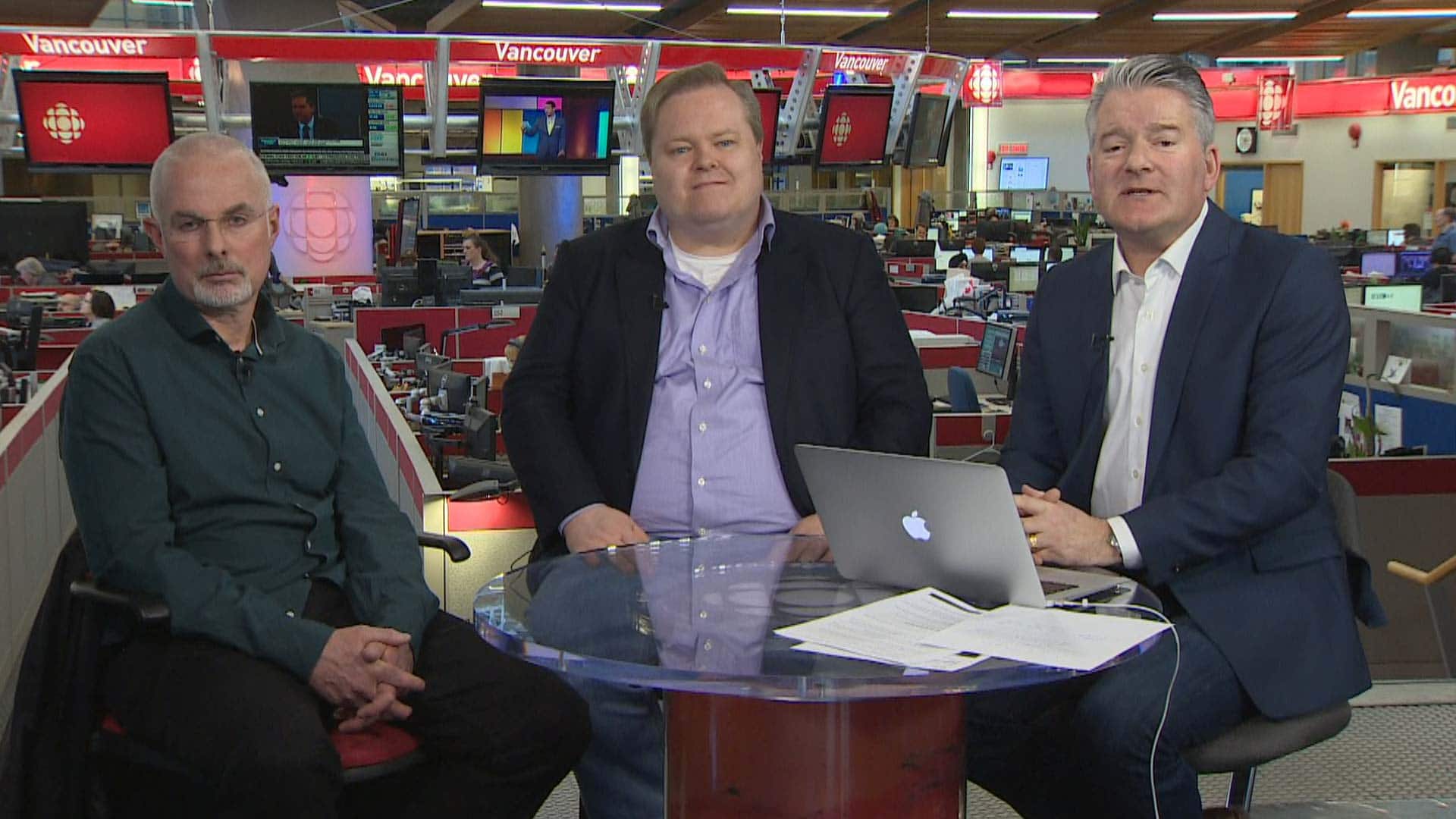 1 year ago
28:21
Health officials are "confident" the first case of novel coronavirus has been found in B.C. We're separating fact from fiction on the new coronavirus. What do you want to know about it? 28:21

Health-care professionals in B.C. have said the risk to residents was low. A joint statement from the ministry of health and the BCCDC repeated the reassurance Tuesday, saying the risk of spread in B.C. "remains low at this time" despite the patient's positive result.

"All necessary precautions are being taken to prevent the spread of infection," the statement read.

Henry said the man was in the city of Wuhan on his most recent trip to China and arrived back in Vancouver last week. She said the man was aware he could have the virus, given his travel, and isolated himself as soon as he was home from the airport.

Symptoms arose more than 24 hours after his return.

"He did not go out because he was concerned," Henry said. "When he had his onset of symptoms, he called ahead and went to a clinic for assessment.

"He was very conscious about this," she added.

The statement said the man contacted health-care officials on Sunday. The BCCDC ran its own diagnostic test,  which was developed in wake of the outbreak. The test came back positive late Monday night.

Henry said health-care officials are following up with the man "multiple times a day" to ensure he stays in isolation. He is "doing well" and will not require hospitalization. Members of his family have not shown any symptoms. 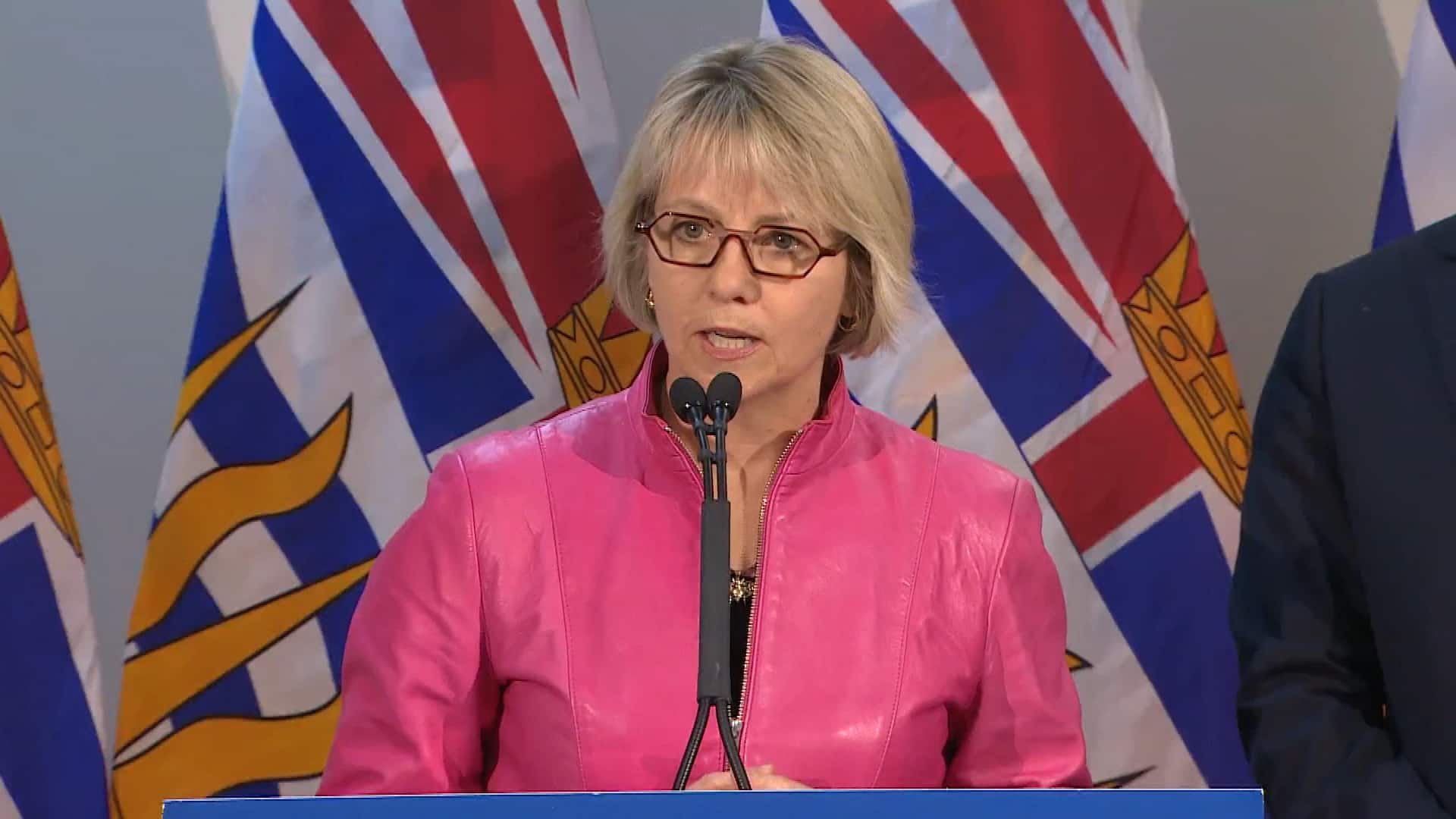 1 year ago
1:49
A British Columbia provincial health officer believes a man in his 40s is the province's first case of coronavirus. 1:49

Vancouver Coastal Health serves more than one million people living in B.C., including the residents of Vancouver, Richmond, the North Shore, the Sunshine Coast and Sea-to-Sky region. Officials declined to provide further detail on where the patient lives.

Earlier this month, the Public Health Agency of Canada introduced messaging on arrivals screens at Vancouver International Airport reminding travellers who had been to Wuhan to inform a border service officer if they were experiencing flu-like symptoms. An extra health screening question was also added to electronic immigration kiosks.

Henry said the B.C. patient would have passed screening, as he did not have symptoms at the time of his flight home.

Canada's first case of this coronavirus, known as 2019-nCoV, was confirmed in Ontario this week. Henry said local health officials had been preparing for a positive test result for some time.

"This first case is not unexpected to us.... I would have been surprised if we did not have at least one or two cases," she told reporters Tuesday. "We have been on high alert for a number of weeks now."

Henry said the threshold to be tested for coronavirus in B.C. is low. She said "a number" of people have been tested so far, but the man in his 40s is the first to test positive — debunking a maelstrom of online speculation about other rumoured diagnoses in the province.

"I think we need to take all those rumours with a grain of salt and recognize that they are just that: rumours," Henry said.

Coronaviruses are a family of viruses that typically cause mild cold-like symptoms. Some forms of the infection can lead to more severe illnesses, such as pneumonia, respiratory and kidney failure.

The majority of 2019-nCoV cases worldwide have been linked to people who have been in the city of Wuhan. Residents of B.C. who may have been exposed to coronavirus — or experience any symptoms such as fever, coughing or difficulty breathing — are asked to call their doctor, local health office or 811.