A serial fraudster and Iraqi refugee with a long history of ripping off women, is back in trouble with the law, charged with defrauding a B.C. woman of $88,000. 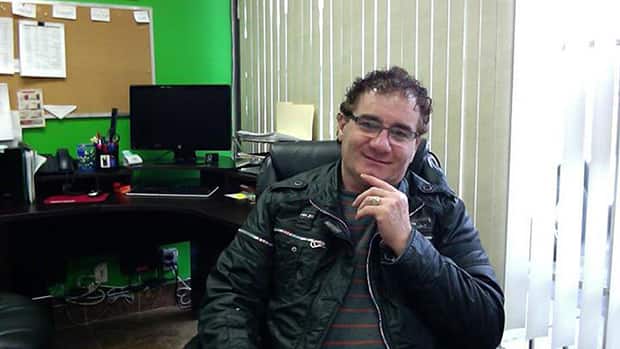 A convicted fraudster and Iraqi refugee with a long history of ripping off women, is back in trouble with the law, charged with defrauding a B.C. woman of $88,000.

Faris Namrud, who often poses as an Italian, has already served jail time for romancing victims out of hundreds of thousands of dollars in the past.

Now a warrant has been issued for the arrest of the 46-year-old contractor, who is wanted on fraud charges for the 11th time in 10 years.

In the latest case, 66-year-old Kasandra Harfield claims she was defrauded out of $88,000, her cash deposit to turn an East Vancouver garage into a laneway home.

"It's shaken me. He came across as such a friendly, warm...smart...He seemed quite genuine. He seemed very busy," said Harfield.

In a sworn affidavit filed in court, Harfield says Namrud — who is known to use a range of aliases — told her his name was Franco Nemro Loranzo, operator of Miami Home Renovation.

Harfield also claims he promised he could fast track building permits at city hall, because his sister was a civic official, then claimed city "inspectors" had discovered structural flaws — meaning delays and more costs.

When Harfield got suspicious, and questioned the job, she says he gave her refund cheques that he told her to cash any time she wasn't comfortable with his work.

Still suspicious, Harfield went to city hall herself and claims she discovered Namrud hadn't even applied for a building permit.

"I was incredulous. It was mind blowing really, because I did not expect it. I never suspected he would not do the build," said Harfield.

"I'm left feeling the earth is shaking under my feet. It's nasty," said Harfield. "That was all the money I had for retirement and I was going to be able to live in Vancouver where I wanted to be."

Harfield went straight to the police, but also called Namrud, who she says issued her another refund cheque. This one bounced due to insufficient funds.

"I was totally shocked. And how brazen he is about it. It is a lot to wrap my head around. On so many levels, financially, emotionally. It's just destabilizing. It's really devastating."

Namrud has a long history of criminal fraud, ripping off at least 10 women in Canada in the last decade, mostly in romance scams, seducing his victims, then taking their money.

On so many levels, financially, emotionally, it's just destabilizing. It's really devastating- Kasandra Harfield

He initially avoided imprisonment, until police charged him with defrauding other women while on parole.

When he was first jailed in 2008, he was served a deportation order, but due to appeals, remained in Canada. He has since spent almost four years in prison on fraud charges.

Harfield's lawyer David Georgetti has launched a civil lawsuit against Namrud and his business partner Jenny Huynh and welcomes the criminal charges laid against Namrud.

"Fraud victims, who are frequently the vulnerable in our society, are too often afraid to step forward and feel helpless to do anything about it," he said.

"This case highlights the importance of fighting back and I think my client should be applauded for having the courage and willingness to stand up and fight for her rights."

"It may not help me recover anything, but I think this should at least stop him blatantly going around and continuing to rip people off."

Repeated attempts to reach Namrud by phone and in person at his home and his business, Miami Plumbing, were unsuccessful.

None of the new charges have been proven in court and Namrud has not filed a statement of defence to the civil action.

Read emails and texts allegedly sent between Kasandra Harfield and Faris Namrud included in her affadavit - we cannot substantiate the truth of these documents.